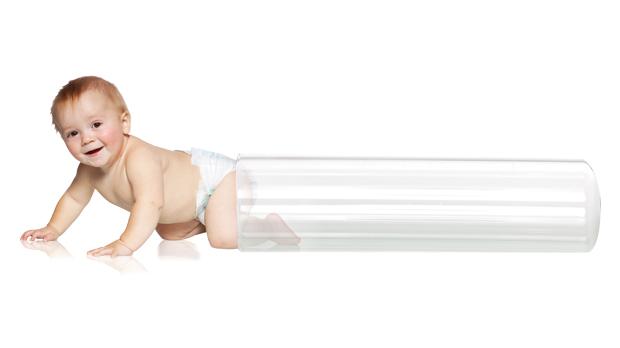 In an historic vote the UK has become the first country in the world to vote in favour of “three-parent babies”, which is expected to come into force in October this year.

The debate has raged for months, with many raising concerns on ethical grounds, arguing that this is the slippery slope to “designer babies”. Others, however, believe the procedures could help the one in 6500 babies who could be born with crippling diseases.

Basically, the legislation would legalise the donation of healthy mitochondria (the building blocks of life) to a woman whose egg contains mitochondria that risk passing on disorders to their children.

The problem with these defects is that it is not just one generation who suffers, but the mitochondrial coding will be passed down through each generation, creating huge problems for years to come.

Currently, around 2500 women of child-bearing age in the UK are at risk of passing on such disorders, which can affect the heart, brain, liver and kidneys.

In my eyes, I cannot understand how anyone could object to such an astounding leap forward in human science. Being able to prevent thousands of future cases of mitochondrial disease is truly a milestone in history.

Much of the criticism has been exclaimed by the Church of England, who did not feel confident that scientists had proven that the child born through the IVF procedure would not inherit characteristics of the female donor.

When we look at the numbers, though, we see that just 0.1% of the genetic code of the female donor is passed to the child. Furthermore, just 37 genes in the mitochondria would be moved, as opposed to the 22,000 genes present in the cell nucleus.

But even so, is it that big a deal? Even if the child’s nose looks like the donor mother’s, surely the benefits of the procedure greatly outweigh the negatives. If the characteristics were slightly more negatively impacting on the child, however, that would be a concern. Yet, is that not the same in every medical procedure; a slight element of risk?

As Jewish Professor Robert Watson said: “Transfusing mitochondria is not unlike transfusing red blood cells in a case of severe anaemia – the main difference being that the mitochondrial treatments last into future generations.

“As an orthodox Jew, my religious tradition sees no objection to using science in this way.”

Furthermore, is it likely that any fundamental and important medical procedure be proposed that was not throughly tested? This is peoples’ lives we are dealing with, and I doubt that has been take lightly.

Of course, the Church is right to raise its concerns, but it seems it is being left behind. Human technology and discovery is expanding, and if religion generally fails to accept such things it risks becoming irrelevant.

Abortion, contraception, artificial insemination, stem cell technology. Things are progressing, and there are more figures within the Church who are accepting of new technology, but there still remains those who are opposed to radical modernisation.

Professor Watson puts the case for science across well: “If mitochondrial treatments could prevent disease, this is to be celebrated as we are using the God-given intelligence afforded us.”

Catching up with the Football Club 'PubGate' controversy

Get down to the Macrobert this February