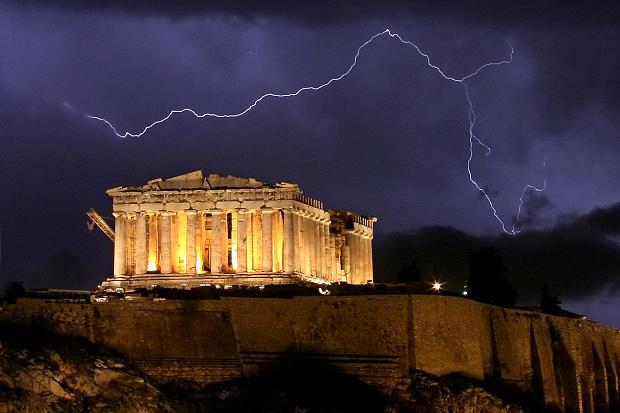 Greece has been thrown a lifeline as its eurozone partners agree to a temporary extension on its bailout package.

The original bailout, which is to expire at the end of this month, has been extended for a further four months in what Greece’s Prime Minister Alexis Tspiras has hailed as a “decisive step” that has “achieved much”.

Tsipras has warned that his government “have a long and difficult road ahead”, saying they had “won a battle, not the war”.

The extension is dependant upon a letter that the Greek Finance Ministry will have to send to the Eurogroup on Monday, listing the policies it will implement to ensure that conditions are met.

Yet, the current relief that the Greek people are perhaps feeling, may last a full two days, as these preliminary policy proposals (excuse the alliteration) will be reviewed by the relevant institutions, who will decide “whether this is sufficiently comprehensive to be a valid starting point for a successful conclusion of the review”.

In that sense Germany and the EU have “won”, in that they still have the power to withdraw their offer should Greece’s proposals fall short of their requirements. It may not be long before we are left wondering whether Greece is in or out of the euro.

Furthermore, the fact that the deal has been set on Greece receiving four – not six – more months of credit, is a signal that the eurozone countries still have control in these negotiations. Alexis Tspiras and Yanis Varoufakis  may still hail the result as a Greek victory. They now have control over what policies they will bring into force, not those imposed by Germany and Brussels – who could yet veto any decisions Syriza makes.

The letter from the Eurogroup also states that the “primary surplus targets” for 2015 will take the “economic circumstances” into account.

Robert Peston of the BBC states that “Mr Varoufakis says [this] means Greece no longer has to generate a 3% primary budget surplus.” Essentially, he is finally being given the power to release Greece from the harsh austerity measures it has suffered. We must remember, though, that this is four months. Four months for Greece to be in a position where it will not run out of credit within a matter of weeks.

If that is possible in that time, perhaps Greece may be able to muddle through.

So, for now, Greece is sat in the eye of the storm. What comes next may not be so calm.