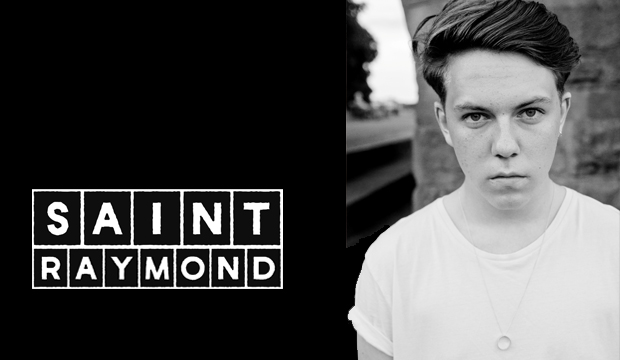 Having been named on various “Ones to Watch” lists for 2015, Nottingham-based Saint Raymond played to an eager sold out crowd at the O2 ABC 2 at the start of February, looking to show why he warrants all the hype.

Technically Callum Burrows and his backing musicians were very good. His style is very much in the mould of The 1975 – it’s the same kind of energetic, guitar driven pop. It’s very easy for the crowd to get going to because it is just so immediate, and really is a lot of fun to listen to.

There was a mix of older and newer content, ranging from his latest single Fall At Your Feet all the way back to songs like Thread, from his first EP.

A personal favourite from the show was Letting Go, with an extremely anthemic, sing-a-long chorus being incredibly infectious.

He played a couple of new songs that aren’t available anywhere yet, from an upcoming album. They fit really well into the rest of the set, retaining the distinctive Saint Raymond style, and give a good sign of things to come.

However, the set could have been a lot tighter.

Burrows, in particular towards the end of the show, messed up on his lyrics a couple of times. It was the worst case scenario for him really, the first song of his encore – As We Are Now – was much slower, with much more attention on the vocals and lyrics than in most of the rest of the set. And he completely forgot the words, to the point he had to ask someone in the crowd to remind him. It was frankly disappointing, and a shame that since it happened so near the end of the set it became arguably the lasting impression from the show.

Saint Raymond delivered a show that was a lot of fun, but that was unfortunately marred by basic mistakes. Of course, they could have been a one-off considering it was the first night of the tour. He is definitely still one to watch out for this year though, and is well worth looking up.

When the minority parties fail