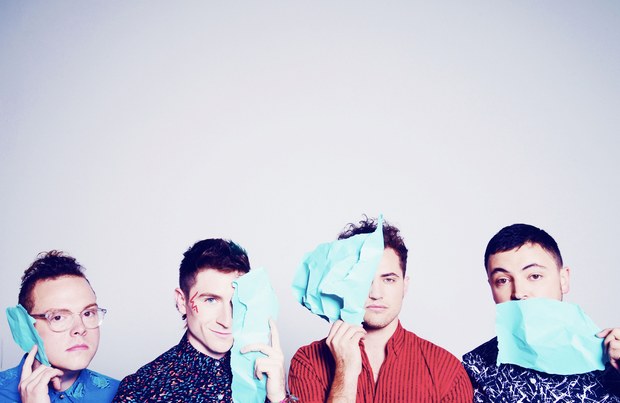 Known for their hit song ‘Anna Sun’, indie-rock band Walk the Moon certainly showed off their energetic sound at Glasgow’s Hyrdo, supporting the co-headline tour of All Time Low and You Me at Six.

They caught everyone’s attention early on by entering the stage with the unusual choice of the Lion King’s ‘Circle of Life’. They had the audience’s excitement invested in them from this moment onwards – using this to their advantage by cleverly incorporating ‘Tightrope’ as their quirky kick-starter.

It’s no wonder Walk the Moon had the crowd like putty in their hands – with their enthusiastic and lively stage presence, they made it very difficult to sit still. Their fun-loving attitude was notable throughout their entire performance, encouraging the crowd to clap, chant and embrace their music.

Lead singer Nicholas Petricca’s vocals boasted clearness and effortlessness, proving that they care about giving the audience an experience to remember. After forming in the late 2000s, it’s fair to say that Ohio-based Walk the Moon are not newcomers to the pop-rock music industry with major songs like ‘Anna Sun’, ‘Tightrope’, ‘Shiver Shiver’ and ‘Jenny’ under their belt.

During their 30-minute set they gave us a taster of their new album ‘Talking is Hard’ with the lead single ‘Shut Up and Dance’ which has an uplifting, feel-good sense to it. Another track that they played was ‘Up 2 U’, which at first seemed like it was going to be their first slow song, but then suddenly switched into an unexpected heavy bass and guitar groove – proving that they are versatile and experimental with their sounds.

They obviously knew to save the best for last by leaving ‘Anna Sun’ to the end of their set, with dedicated fans singing along and newly-made fans dancing around to the infectious beat. This was the song that I caught myself singing out loud days after the gig – even after staying for All Time Low and You Me at Six’s sets. The only disappointment I had was that they didn’t play my favourite song ‘Shiver Shiver’ – but that’s all down to personal preference, I enjoyed it thoroughly nonetheless.

Overall, I can safely say that Walk the Moon exceeded my expectations, and I would definitely go to see them play again. If you like feel-good indie rock/pop music, somewhere along the lines of Two Door Cinema Club or Foster the People, I 100% recommend listening to this band.

REVIEW: Selma is more than a beautiful film, it stands up to inequality