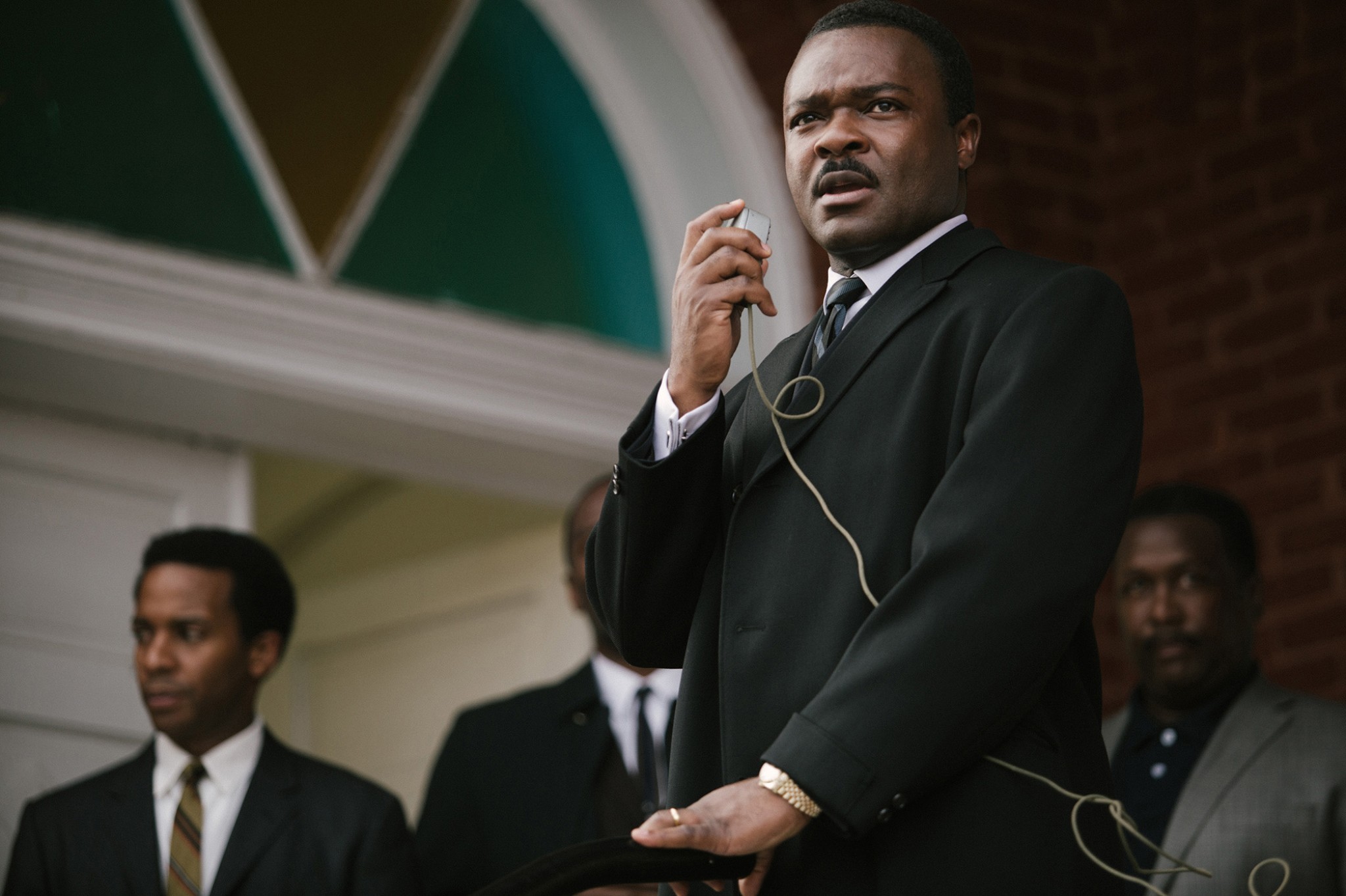 Selma is the beautiful story of Dr. Martin Luther King Jr and his fight for racial equality in the prejudice USA during the 1960s. The film was directed by Ava DuVernay who did an incredible job considering her directive cinematic background lies in animation and action productions.

Nevertheless, this woman’s resume has proven that she is ready and able to tackle any task with superb style and success. However, an even more astonishing decision was to offer the writing job to Paul Webb, who has never been credited with a previous film, and all scriptwriters know that the core structure and deliverance of the film lies in the integrity of the script.

But it seems that this duo worked as Selma has proved to be an emotive sensation for early 2015 cinema.

The narrative follows the famous life of equality activist Dr Martin Luther King Jr (David Oyelowo) and his fierce journey through Alabama, (one of America’s most dangerously racist states), to once and for all claim the civil rights that he and his people deserve and have struggled through the centuries to achieve.

In all, the narrative was solid and the typical emotional style known to American/ Hollywood cinema was for once genuinely appropriate and purposeful. The driven and educated nature of Dr King was portrayed and his opinion on how, “The means we use must be as pure as the ends we seek,” were given example through his gracious attitudes and his Adamism ideologies on the use of words over violence.

The cast were inspirational and earnest. The talented David Oyelowo and Carmen Ejogo who played Coretta Scott King were both magnetic and offered both sensitivity and passion to their roles.

They portrayed the fear and valiant determination that the King’s and their supporters expressed when they refused to remain hiding in the shadows and instead marked and formed history through death so that black people in America could finally have a real chance of life.

Tom Wilkinson who played President Johnson gave his usual cunning performance and displayed with excellence the isolated and indifferent attitude of the white representatives and leaders of the USA in the 1960s. These men who were too busy with international affairs and world domination to care or notice the critical disunity within their own borders.

The mise-en was exquisite. The use of pan or steadfast shots in the dialogue scenes tempted the attention of a captivated audience who wished to engage with the characters. In contrast, the expressive dutch angling or fast-paced shots clearly gave a sense of madness and drama to the tragic conflict scenes.

The use of high and low level lighting gave it a slight film noir aspect which aided the themes and sentiments ideally. The binary opposition between authenticity and entertainment was never strained, but added to the passionate uncertainty of the internal message.

I believe in all, the film was made with the class that such a picture and story deserves. The design and deliverance was flawless and well balanced. The creative team as well as the cast ought to be very pleased with the final adaptation.

However, most importantly it reminds audiences across the world that throughout history, in our present times and in our unknown days ahead, we will face inequality, discrimination and inexcusable abuse. Out of these fires, single leaders will arise and with vision, resolution and often sacrifice they will tear away the chains of oppression and allow liberty and justice to begin.

For indeed, Dr King himself said, “Human progress is neither automatic nor inevitable… Every step toward the goal of justice requires sacrifice, suffering, and struggle; the tireless exertions and passionate concern of dedicated individuals.”

But we must remember that such acts are not done alone but require solidarity. And such stories ought to be recalled and kept alive through film and art. For they are not just empty, superficial tales, but ones of immortal importance and passion. Selma has given cinema audiences in 2015 the chance to view the vital struggle that these brave people gave for humanity and grow in the name of it.

For in the words of Martin Luther King, “Our lives are not fully lived if we’re not willing to die for those we love and for what we believe…for the ultimate measure of a man is not where he stands in moments of comfort and convenience, but where he stands at time of challenge and controversy.”