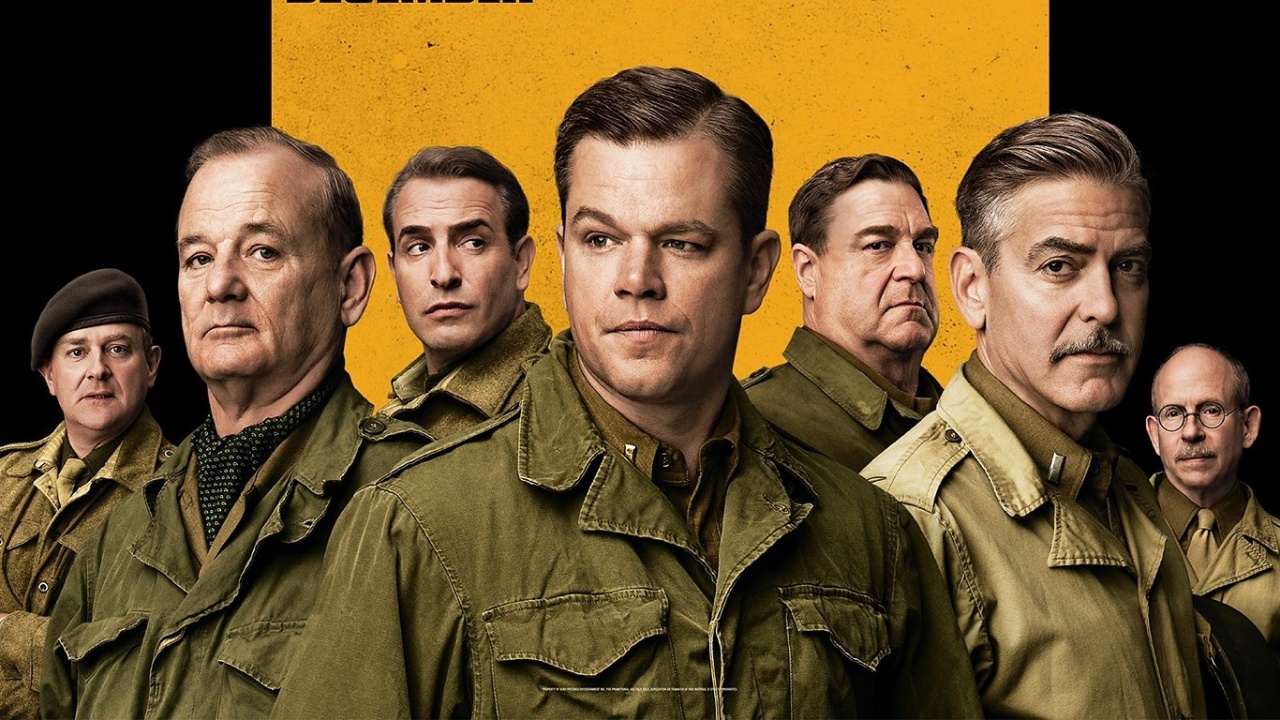 One story of the Second World War that many people are unaware of was the Nazi’s plan to confiscate, own or destroy famous works of art. As they moved across Europe from 1939-1945, they removed several artefacts from homes, religious buildings, museums and galleries.

They then either insisted that the works should be kept in the hands of the Reich and displayed in ‘the culturally superior’ Germany,  or claimed that they should be destroyed because they were connected to groups within society that the Nazi’s condemned.

During these years, paintings, statues, and jewellery were removed and hidden in castles, factories, underground stores, or burned in mass fires. The classic original and valuable work by those such as Botticelli, Bellotto, Van Gogh, Monet, Chagall, Soutine, and da Vinci went missing from their home countries and this became an increasing concern for the allied nations.

In the early 1940s, a secret platoon of art experts from America known as the Monuments, Fine Arts and Archives Program was commissioned to locate and rescue the art in the heart of German occupied Europe. Through the leadership of Owen. J Roberts, the group underwent military training and travelled to Europe where they enlisted the help and expertise of over 400 men and women from more than 15 countries and set about recapturing the art.

Their mission was dangerous and many lost their lives in their attempts to secure the safety of art. For example in 1944, 5 men died removing Gustav Klimt’s painting of Adele Bloch-Bauer from a pit when German troops opened fire. And 12 men died retrieving Bartolomé Esteban Murillo’s paintings Saint Justa ad Saint Rufina from an underground tunnel when it collapsed in on them.

“These men understood that in war one does not just fight to save lives and land. No, in war people also fight to preserve and protect cultures and art is very often an important emblem of a nation’s past, present and even future.”

In all, by 1945, a total of 5 million pieces of art had been stolen and to this day 1.5 million pieces have either been destroyed, or have not yet been recovered by the Monuments Men, and those who have continued their work over the decades.

However, in light of their efforts, people then and today continue to ask why the operation ever took place. They question why these men weren’t fighting on the front line or liberating people from the atrocities of the Nazi regime.

The answer to this is well captured in the book by Robert.M Edsel, ‘The Monuments Men: Allied Heroes, Nazi Thieves and the Greatest Treasure Hunt in History,” and the 2014 film, ‘The Monuments Men,’ directed by George Clooney. In the film, Clooney’s character Frank Stokes notes that,

“You can wipe out an entire generation, you can burn their homes to the ground and somehow they’ll still find their way back. But if you destroy their history, you destroy their achievements and it’s as if they never existed. That’s what Hitler wants and that’s exactly what we are fighting for.”

Indeed, to many people art may seem pointless, frivolous, secondary and replaceable.  But these men understood that in war one does not just fight to save lives and land. No, in war people also fight to preserve and protect cultures and art is very often an important emblem of a nation’s past, present and even future.

It reminds us of the talented people who belonged to a time and of the great work they produced through gifted ability, labour and their unique cultural experiences.

All told, one should be grateful that we can attend galleries and museums across the world today and see so many greatly admired masterpieces because men strived to defend nations’ cultures and heritages. They gave back the world art which many generations now have the right and the chance to know, value and learn from.

Reduced Shakespeare Company goes all the way on History of Comedy