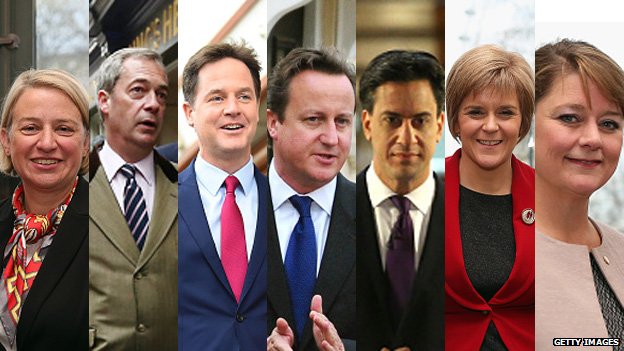 It is testimony to Britain’s democracy that “#tvdebates” is the the top trending topic on  Twitter right now. People up and down the country are voicing their indignation over David Cameron’s latest attempts to scupper the televised leaders debates before the General Election this May.

The Prime Minister has today announced his “final” ultimatum on the tv debates, saying he will take part in one debate, two weeks from now, and with seven other party leaders, including the SNP, Plaid Cymru, and the Greens.

His announcement has been met with criticism from across the board; Leanne Wood, leader of Plaid Cymru, has described his behaviour as “unacceptable”, and others say he is “running scared”.

What appears to be Cameron’s attempt to get the 1-up on his opponents looks like it is going to cause a right mess-up. The PM himself has said that it is all because of the broadcasters “making this mess”, so he is breaking the “logjam” and getting the debates over with.

Trouble is nobody will hear that part.

Throughout the shambles that has been trying to organise these debates, everyone except David Cameron has been happy to meet his demands.

First he wanted the Greens – OK. Then it was seven leaders – alright then! Then he wanted the debates before the election campaign – totally fine. Again, and again, David Cameron has tried to find a way of wriggling out of having to share a platform with Ed Miliband.

But why? Isn’t Ed Miliband the Wallace look-alike, who cannot eat a bacon sandwich (as Cameron loves to remind us)? Surely he would be rubbish in a TV debate! Cameron obviously has different feelings than the ones he displays in front of the cameras.

With that in mind, Cameron has a flashback to 2010, when Clegg Mania took the country by storm. Despite not reflected in the result, the Liberal Democrats did achieve 23% of the vote, 1% more than in 2005.

With the polls showing the Conservatives and Labour almost neck and neck going into the election campaign, the debates might just tip it.

Putting as many people between himself and the leader of the opposition is exactly what Cameron wants.

What would be even worse for Cameron’s team would be for the broadcasters to empty-chair him. The card with his name on it at an empty lectern would be a damaging image, that would be splashed across newspapers the next morning.

In rejecting so many of the proposals from the broadcasters and his opponents, Cameron has made the headlines so many times to make most of the electorate aware of his “running scared”. They have smelt the rat, and may be unforgiving at the ballot box if he keeps it up.

Voters like the debates. Though there is debate over whether the debates actually make an impact, it is unquestionable that they spark the nations interest, and perhaps encourage turnout.

We should thank the Monuments Men for saving art

A bumpy ride through Midsomer