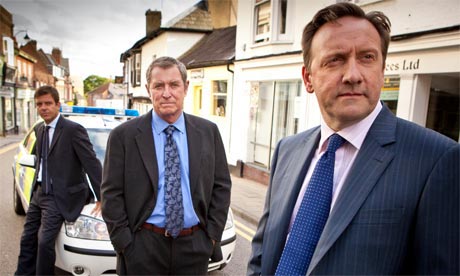 The television crime drama Midsomer Murders began in 1997, but now almost twenty years later it is still going strong after releasing its 17th series. So, one has to wonder: how has it managed to well?

For one, Midsomer is based on the popular crime books of Caroline Graham which are renowned for their clever plots with simple prose.  And through the excellent care of producer Brian True-May, the series has reflected the much appreciated individuality of her narratives and the homely character and settings.

Also, many viewers have always had a strong admiration for the lead detective, Barnaby. Until the end of series 13 which aired in 2010, John Nettles played the part of Tom Barnaby, a shrewd and clever DCI.

The audience have over the years praised Barnaby’s down-to-earth, normal and accessible personality, and simple personal life.

In 2002, The Telegraph compared Barnaby to other detectives from familiar shows such as Morse, Lewis, Taggart, A Touch of Frost and Rebus, and noted that Barnaby lacked the wild, mysterious or neurotic temperaments of other leading figures – the nation was refreshed by his well-balanced and mild character.

On Twitter in 2011 Jane Hannaster wrote that, “We watch crime dramas for the thrill, but we need the main characters to act as the stable and calm centre point of normality and everyday integrity.”

There have, however, been some complaints about Midsomer Murders over the decades.

In 2008 the television critic Freddie Ronn suggested that Midsomer Murders is too shy to survive forever, for it stays cooped up in its comfort zone, and appeals to a tragically small demographic who will soon die off and leave no avid offspring to continue their allegiance to the show.

In some ways Freddie Ronn is correct because Midsomer Murders has always attended to appeal to a certain select and isolated audience.

For one, it is set in the country most of the time, and there is a lot of cute cottages, grand manors with snobbish upper class families, quaint and slightly disturbing county fairs, and gothic Churches which nobody visits.

So in a sense this idyllic, romantic concept of traditional old England may appeal to an older generation who still appreciates the conventional days of Miss Marple village life, but it does lack a certain appeal for the modern and evolving generations, who relate better to the exploration of urban life.

Also there have been concerns over the years about the lack of diverse ethnic representation. When Brian True-May was questioned about the situation he responded that the Midsomer team had no racist attitudes, but they wished to keep the series as related to its cultural background as possible. 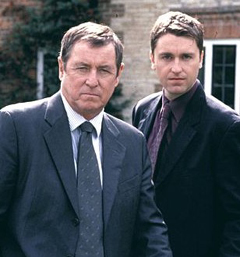 He replied that few ethnic minorities resided in the sleepy corners of forgotten England as they traditionally settled in urban areas. His comment led to controversy as it alienated many of the public, whereas others were encouraged by what they considered to be bold honesty and logic.

Others have complained that the show has too many over the top, stagey deaths that belong more in a Greek tragedy than a 21st century British television screen.

Daniel Morgan posted on Twitter in 2012 asking: “Why does there have to be so many mad murders? I get it adds excitement. But it’s a bit much. And there is about three deaths per episode…how is anyone left in this county to kill?”

Bethany Crossby also showed signs of feeling exasperation over representation of country religious and spiritual practices. She made two Tweets in 2013 saying, “This is unreal! Does anyone know people who smear pigs blood on things and walk around in hooded cloaks at night changing.” “I hate all this supernatural guff! Villages aren’t full of weird cults. I think this says more about the conservative minds of the producers than it does about real British rural life.”

However, despite all the complaints, there must be something good about the series as it has continued for 17 series whilst maintaining steady viewing figures and gained an increasing international audience.

Indeed, despite its faults, Midsomer Murders does offer diversity in its storylines with enough nail biting drama to keep any gossip addict happy. There are lies and spies and enough affairs between unlikely pairs to last a life time.

The motives behind the murder chop and change, from money to love, and from revenge to hiding dark and ugly secrets.

Of course if you like scenic beauty you can’t get much better than this series. It beats all the grubby urban landscapes, with its focus on darling little towns and villages with their cobbled streets, hanging baskets, lush village greens and forest trails.

But after all these years of continued debate, how has this latest series faired? Well the new(ish) DCI Barnaby (Neil Dudgeon) has been doing very well for the past four series, alongside his modern and fiery working-wife Sarah (Fiona Dolman),  who has attracted a more modern feminine crowd.

Viewers were generally impressed that the directive team didn’t just wipe the cast list clean when John Nettles left, and randomly place a new Barnaby in and hope the dim public wouldn’t notice.

No, they make the new copper the original’s cousin and they kept on Sergeant Jones (Jason Hughes) for two more series to smooth out and level the transition.

But Midsomer Murder series 17 seems to have pleased the fans with a variety of storylines, and a very intriguing final episode – which held so many possibilities and twists that the audience was left guessing until the very last.

As per usual, Barnaby and his new Sergeant Charlie Nelson (Gwilym Lee) were a great pair, with a growing and easy relationship that makes the human aspect of the drama more relatable and relaxed.

So all in all, Midsomer Murders has remained a controversial television series throughout its eighteen years on air.  Some save it on their smart TVs, and cosy down to a night of country crime and scandal, whereas others consider it outdated and a waste of screen time

But at the end of the day it must be doing well if the stage is set for series 18 and people like Rebecca White are Tweeting, “So sad that series 17 is over. I just can’t wait for Barnaby to come back. It is the best crime show ever. Long live Midsomer Murders.”

Royal Blood hold nothing back at Barrowlands