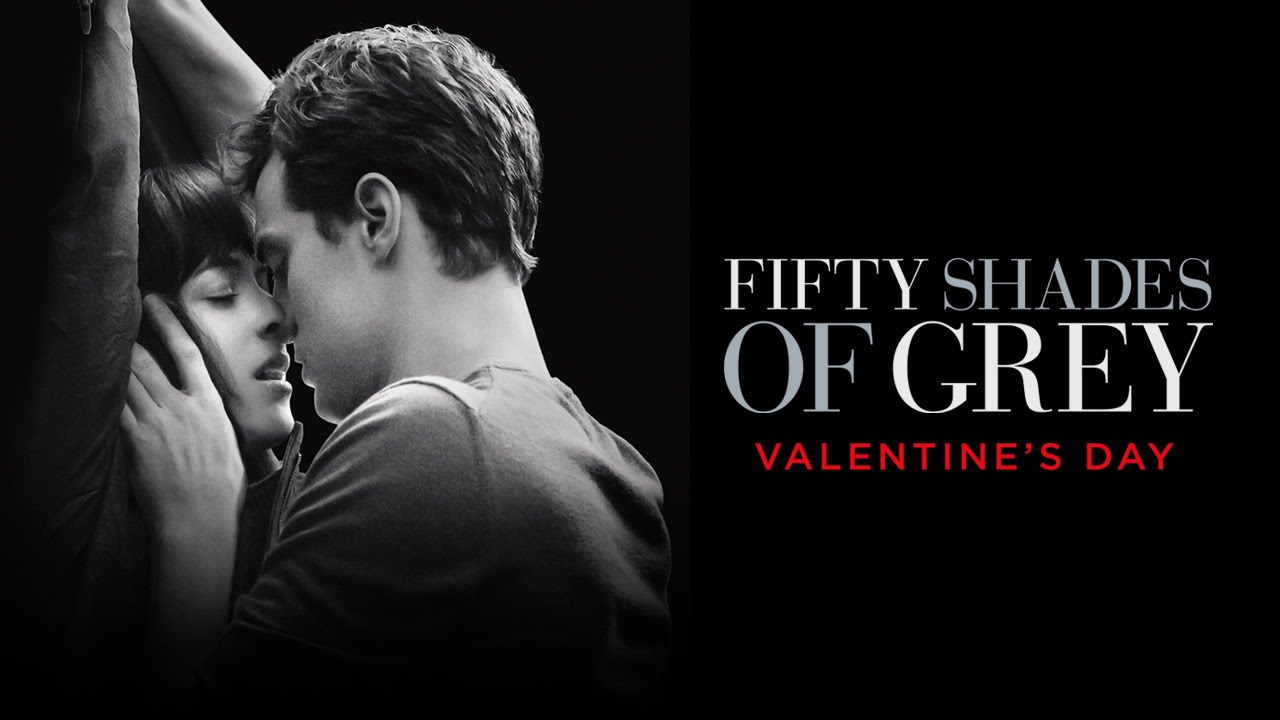 It has become the most viewed film trailer of 2014-2015 after gaining over 100 million views in just over a week.

What film is this? Well you must be fifty-shades-of-absent-minded if you haven’t already realised: Fifty Shades of Grey.

For those still confused, Fifty Shades of Grey is the first in a trilogy of novels, first published in 2011. The author, E.L. James, was as surprised as – well everyone else, when her books became the number one bestsellers.

So what is the first book all about? Well, the story opens with a literature student, Anastasia Steele (Dakota Johnson), going to interview the wealthy Christian Grey (Jamie Dornan) about his success story.

But shy little Ana gets more than she bargained for when she comes face to face with more confused lust and love than she has ever felt before. She found Grey intoxicatingly “intense, smart and really intimidating.”

So, the irritatingly naive Ana finds herself rapidly obsessed with this dark, and broody man who draws her in close with his raw animal magnetism.

Not able to resist Ana’s untouched beauty, Grey plays the game and drags her into his dark and hidden world.

But as the bash, and starry-eyed young heroine gets to know this mysterious man, he begins to reveal his desperate need to exercise control and manipulation.

At first Ana is shocked, but gives way to become a submissive sexual servant for Grey.

He even makes her sign a contract to consent to his irregular tastes. He’s clearly searching for justification for his actions, and, to his acclaim, Dornan lets this insecurity twist beautifully into his performance. Indeed, the most interesting sequences in Fifty Shades of Grey have more to do with his desire for Ana’s consent than with his sexual tormenting.

So as the film plays out, one wonders, what will happen to Ana? How will their relationship survive? And how will the questions of sexual equality be handled?

So, now to review the form and content of this controversial film.

The opening scenes are sadly left wanting with some odd examples of editing, accompanied by some truly painful dialogue. But thankfully, Ana’s annoying inner-voice, and irritating, overly-sheltered, fairy-like personality that most readers long to thoroughly squish underfoot is left out of the film.

The two leads players are relatively new at the acting gig, but both manage respectable performances. In fact, Johnson was just a tad more vibrant than Dornan.

Indeed, Johnson was perhaps the most alluring quality of Fifty Shades of Grey, a timid beauty with awkward charm. The actor and screenwriter Kelly Marcel made Ana less of a pushover than in the novels, as she holds her own with Christian in the movie’s more respectable scenes.

Danny Elfman’s score weaves its dark, haunting magic around the activity in a rather classy and effective way.

Through set designs, the walls of Christian’s office glimmer in dark shades like the fires of hell, and the ‘Red Room of Pain’ needs no elaboration. Grey’s leering glass and metal landscapes also stand in for the dark forests of classic fairytales. And a little cheeky bit of symbolism was thrown in, as Grey’s house is decorated by a company called Menina Design, and his bedroom furniture was made by their Boca do Lobo brand, which translates to The Wolf’s Mouth.

But all that mise-en presentation is all very well, but was the film well received by the public?

So why on was the film so incredibly popular?

Well, needless to say that a large chunk of the 100 million people who read the book were delighted that it only contained a feeble slither of narrative and characterisation much in need of life support.

Indeed, we know that they were more interested in the explicit details of a wild sexual relationship between an overbearing male and a weak, naive female who gasps and moans at the mere sight of him.

There are many trips to the playroom, where a variety of sex toys and implements were employed, allowing for a rather unique and curious cinema experience, which also waved a frail flag of social acceptance.

Also, shortly before it was shown in Icelandic cinemas, welfare support groups urged people to donate the amount of a ticket to various related charities, and many members of the public did so.

Furthermore, many women retaliated against the idea that Fifty Shades of Grey is a romantic fantasy and fairytale – where a brave heroine’s inherent strengths allow her fight male sexuality. Women of all backgrounds have stormed Twitter, Facebook, blogs and newspapers, questioning the film and the public’s concern for healthy gender representation and sexual welfare.

But, at the end of the day, no film is ever going to please everyone, especially one that is surrounded by such uniquely immense publicity and expectation.

But enough discussion! It is time to reach a verdict.

So, overall, the film may have some pitiful pros and cons to support the views of the lovers and haters of the book and film.

However, this reviewer firmly believes that for any person who has even the slightest care for positive gender representations, the promotion of sexual equality, or the enjoyment of healthy adult relationships, then this entire franchise is very simply Fifty Shades…of Shameful.

Insurgent is quite a divergence