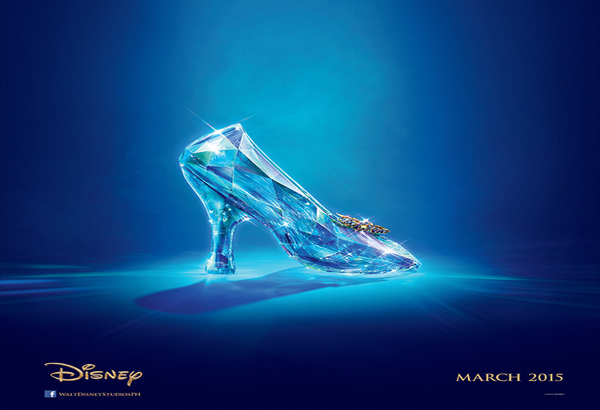 The latest Disney bandwagon is to transform their popular 20th Century animations into CGI-driven live action pictures. Following the disappointing Maleficent this was a surprisingly fun and charming film.

The presentation of this film opened with a sugary-sweet new Frozen short movie. It had a very tongue-in-cheek sense of humour, and was even complete with a new song and baby snowmen (will they potentially be Disney’s answer to the ever-popular Minions?).

Cinderella was refreshingly different from most big budget Hollywood films by embracing a much more pantomime-like outlook thanks, mostly, to Kenneth Branagh’s direction making it the epitome of Britishness.

One of the main attractions here is Cate Blanchett as the evil stepmother; she seems to have truly embraced this archetypal villain role, flaunting a brilliantly evil cackle and smarmy glare.

Lily James was also everything you’d expect from a Cinderella, being both graceful and beautiful, whilst Scottish success story Richard Madden was a good fit as Prince Charming – even if they are overshadowed by Blanchett.

There was surprisingly more humour to the script than expected. Rather than being solely reliant upon laughing at the ugly stepsisters for comic relief, they have managed to find humour from some of the sillier aspects of this traditional story without altering the plot that everyone knows and loves.

It also helps that they have cast some comedy actors, such as Rob Brydon, and was written by the script writer of American Pie to add a bit of comic flair.

The costume design actually adds more visual flair to this film than a lot of the CGI.

Oscar winning Sandy Powell has stuck largely to the traditional blue ball dress for Ella, but has gone majorly over the top designing the stepmother and ugly stepsister’s dresses; so as to make them look ridiculous on the outside, and ugly on the inside.

The CGI is largely simplistic here compared to the likes of Alice in Wonderland, but there were some particularly nice touches, such as the horses still having mouse ears.

Whilst allowing for some nice gags, it’s a good thing that the CGI isn’t in your face here, as it allows for the film to play out more like a fantastical period drama.

If you’re looking for a joyous, traditional family film this Easter look no further than Cinderella. It has something for everyone and nobody left the cinema without a smile on their face. You must go to this ball!

Doctor Strange in the Multiverse of Madness review: A dark turn for Marvel ★★★★☆

Everything Went Fine: So This Is Your Life ★★★☆☆

Train take the Edinburgh crowd on a wild ride