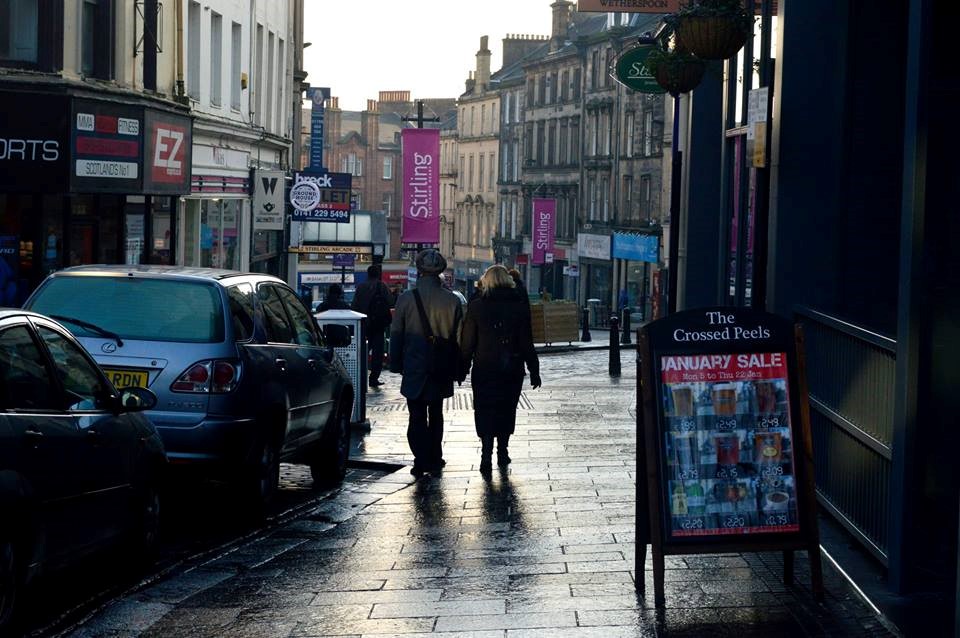 Humans of Stirling is a photography blog which documents the lives of people in Stirling. Launched in January of this year, the page has already amassed 1100 ‘likes’ on Facebook. Brig sat down with the creator of HOS to discuss her experiences so far and her decision to follow her passion.

You said on HOS that during your first shoot you were too nervous to speak to anybody. How did that go?

My first shoot was also my first rejection. I was trembling all the way. The lady was so keen about me taking her photo, but the moment she heard it was for Facebook, she said “no, the last thing I want is to be seen on Fuckbook”. We ended up having a 10 minute conversations about how your private life becomes so much more public when everyone can see what you’re doing. We talked about that.

You’ve shot about 50 people so far, how often are you turned down?

So, most people are pretty friendly?

Yes! Genuinely. Very, very friendly. In the sense that once you start doing this, you start to appreciate it more. If people look like they’re in a hurry, I won’t approach. If they’re carrying Tesco bags, you don’t approach them. [laughs]. But yes, most people are friendly. I usually end up talking to them more than you’d expect. I [will] ask them a question and it usually turns in to a whole different thing. Which is really, really great. The most difficult thing is actually taking photos of people I know. If it’s a stranger, it’s easier to get in touch with them. But if it’s someone I actually know, it would feel inappropriate to share that secret information that we keep from the rest of the world. Strangers… I would ask more indiscreet questions. When it comes to friends, it’s much more difficult.

Have you kept in touch with any of those strangers?

There is a man that I see on a daily basis since I’ve taken his photo. I wave at him and he nods back. I think he recognises me. Most of the people I take photos of are not from here. I tell them about my project and they say “ironically enough we’re just visiting”, things like that.

I’ve also kept in touch with a girl who was working in front of Thistles [Centre], her job was to ask people which phone company they’re with and such, she was my age and we ended up talking a lot on Facebook. 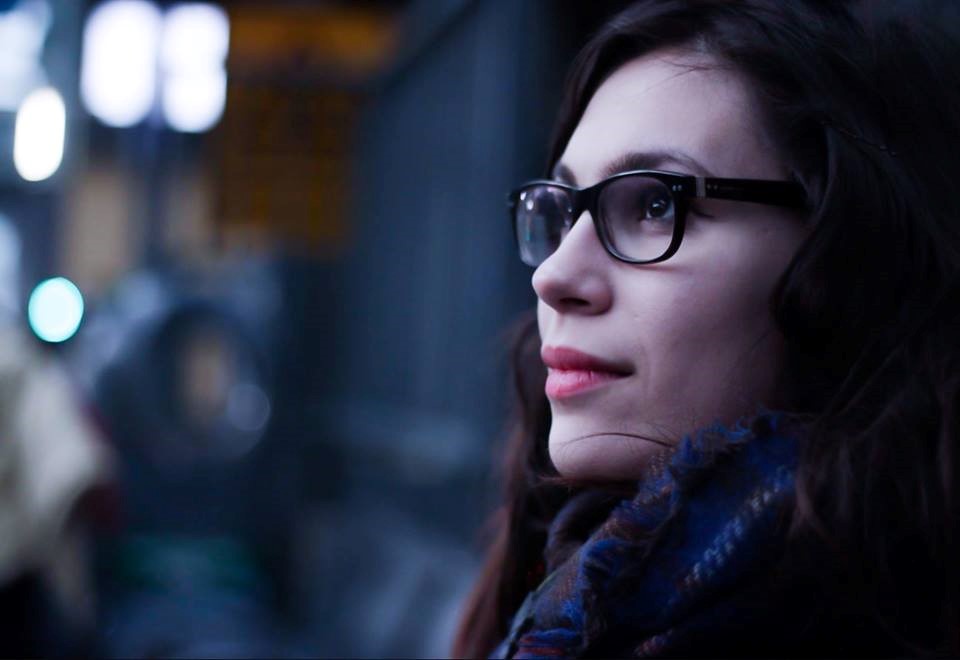 Do you have preferred kit for when you’re shooting on the street?

Nikon D3200 with kit lens. Soon to be the portrait lens. Starting Friday. [laughs]. You have no idea how excited I am to have purchased this lens.

How long have you been taking photographs?

I wanted to start a “Humans of __” page because I was so in love with Humans of New York. At the time I was living in Bucharest and really wanted to do ‘Humans of Bucharest’. By the time I wanted to do this, someone else had already started. By the time I had moved to Oslo, I was too busy with high school and someone else had already started it. When I moved to Stirling, I didn’t want to waste time and wanted my dream to happen. When I started in January, I had already taken 12 months to actually start this. How that is even a thing? [laughs]. But once I started, it was pretty easy to keep up with it. It gives me a kick every time I take photos.

Besides [Humans of New York creator] Brandon Stanton, which photographers have inspired you the most?

Cosma Alexandru, he’s the photographer [behind] Humans of Bucharest. I talked to him after starting Humans of Stirling. I told him about it, and I was not expecting a reply back. He has 80,000 likes! I was so convinced he’d never have time to go through his messages. He replied immediately, we hit it off and started talking a lot. We made so many plans to go out shooting in the summer. So yeah, we’ll see how that goes. Oh, and as cheesy at it sounds, I’d have to say my dad. We both learned photography roughly at the same time. Using the same camera, seeing who had a better intuition. But now we have our own cameras, yet we still go out to do the same things we did 10 years ago.

You’ve met a lot of them by now, who are the most interesting humans in Stirling?

Hmm, at least so far, this would relate to an older project. Living in Oslo and Bucharest, and seeing the way people live on the streets there is nerve-wracking. I’ve always had this thing of walking up to people on the streets and having conversations with them, without filming. I would really like to get in to the way of talking to people of the streets. Next time I have my camera on me, I will go up to them. Next time I see them that is.

I’d like to not limit myself to Stirling, I’d like to go to Glasgow, and Oslo and back to Bucharest also. I’m going to study abroad in Hong Kong. And, oh my goodness, I’d love to take photos of the people of Hong Kong. But I don’t speak Cantonese, so that might be an issue. But, if I ever feel the kick that I get when I see people that I want to talk to, I’m going to do it.

Students organise activities to raise funds for preservation of hedgehogs

Getting the Spring/Summer Wedding Guest look