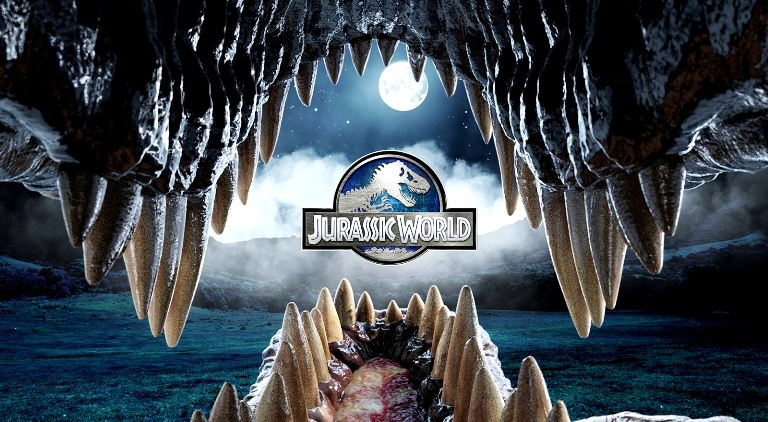 As the ongoing trend to reboot dormant franchises continues in earnest, Jurassic World is released 22 years after the timeless classic that is Jurassic Park. Glossing over the prior two sequels, what we finally have here is a film that further explores aspects of the first and harks back to it with gleeful abandon without feeling like a stale re-tread.

The cast in this entry worked really well as an ensemble to bring more depth to a script riddled with plot holes and characters that could otherwise have just been cardboard cut-outs of generic Hollywood clichés. Bryce Dallas Howard really layered her character by adding some edge to the more emotional aspects of her story arc whilst also embracing the action and running rather impressively in heels! Parks and Recreation star Chris Pratt continues his A-list dominance by playing the everyman with charming wit and is as enjoyably watchable as ever.

The real stars of the show here though are the dinosaurs. The Indominus Rex is a genuinely terrifying foe due to the unpredictable nature of the unknown about this test tube dinosaur. This sense of unpredictability is refreshing and makes for a very tense film, especially as there are more and more unexpected reveals further through the film.

The raptors add a sense of humanity to the dinosaurs through their relationship with Pratt’s character which feels like it raises the stakes as, unlike in the previous films, you don’t want harm to come to all of the dinosaurs.

However it’s the Mosasaur which takes the credit for inflicting one of the most horrific deaths of recent memory. I will say no more or it would give away one of the most shocking scenes, which is a master stroke of dark humour and gasp-worthy horror. Moments like this hark back to another classic Spielberg movie – Jaws.

Whilst the director has been relatively untested (releasing only one film before this) he manages to pay homage to Spielberg’s style of direction very effectively so as to add some coherence thus making Jurassic World feel like a continuation of the story rather than a modern day reboot.

By being in-keeping with the previous films in terms of style as well as referencing some of their plot details throughout it also adds a sense of nostalgia, making this a lot more fun than some of the more po-faced blockbusters.

However not everything about this film is looking back to the past for inspiration. As CGI technology continues to advance, it has allowed for the most lifelike dinosaurs yet rather than some of the more laughable models used in old films.

There are only a couple of minor problems with this film. The script, as mentioned earlier, suffers from having a few plot holes and can prove to be a little bit formulaic (particularly the brothers’ plot line).

In addition there is a lot of very blatant product placement which can occasionally prove to be a little distracting as the frame puts emphasis on a logo rather than an image that would actually contribute to the plot. Clearly with it being set in a theme park, there is an excuse for lots of brands to be pictured but it’s definitely been taken to the extreme here.

Neither of these issues prove to be very detrimental to the film as a whole though as it is still a thrilling and occasionally laugh-out-loud funny movie which will doubtless leave a smile on everyone’s faces (after recovering from the jaw-dropping action). If the fact that it garnered a round of applause as the credits started to roll was anything to go by, Jurassic World was a sheer delight.

Doctor Strange in the Multiverse of Madness review: A dark turn for Marvel ★★★★☆

Serena's Slam Complete, And Djokovic Does It Again