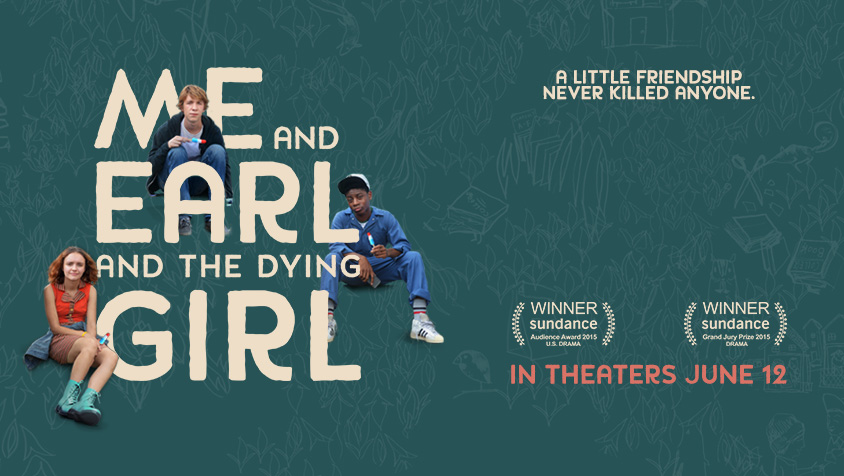 Based on a best-selling novel, the kooky girl with cancer befriends a local weirdo and the audience watches their relationship blossom until tragedy strikes. Yes, we’ve all seen this film several times before but ‘Me and Earl and the Dying Girl’ manages to differentiate itself from those with similar plots.

The little heard of director Alfonso Gomez-Rejon – having previously only directed episodes of ‘Glee’ and ‘American Horror Story’ amongst a couple of other projects – has serious flare. His style brought to mind that of Wes Anderson, just in a slightly less in-your-face way. As a fan of this style, this only made me appreciate the film even more.

Olivia Cooke gave a stellar performance as Rachel, adding some real emotional depth when Thomas Mann’s character Greg can be a tad unlikeable. With this being her first role outside of the horror genre (she’s particularly good in ‘Bates Motel’) her comic timing was somewhat surprising. Mann also gave a good performance, with a personal favourite scene being when he is being completely socially inept at the school cafeteria.

The supporting cast, though little seen, put in solid performances as well. As a big fan of ‘Parks and Recreation’, it is exciting to see Nick Offerman appearing in more and more films. Here he is a big source of the film’s comedy as Greg’s father. Molly Shannon also stood out as Rachel’s mother, struggling to deal with her daughter’s illness.

One of the really charming aspects of this film is the collection of classic film spoofs that Greg and his “co-worker” Earl produce (for example ‘The Clockwork Orange’ becomes ‘The Sockwork Orange’, involving socks and orange juice). There are dozens of these throughout the film and they become rather pivotal to the plot as the film progresses.

In the last half an hour there are plenty of tear-jerking moments though (be warned – bring tissues!) but the perfect balance has been found between kooky humour and heart-wrenching drama.

Whilst this description of the film may make it sound rather twee, it is a resounding success and anyone who loves indie comedies like ‘Juno’ and cancer weepies like ‘The Fault in our Stars’ is guaranteed to love this too. ‘Me and Earl and the Dying Girl’ is definitely worthy of its awards success at the Sundance Film Festival.