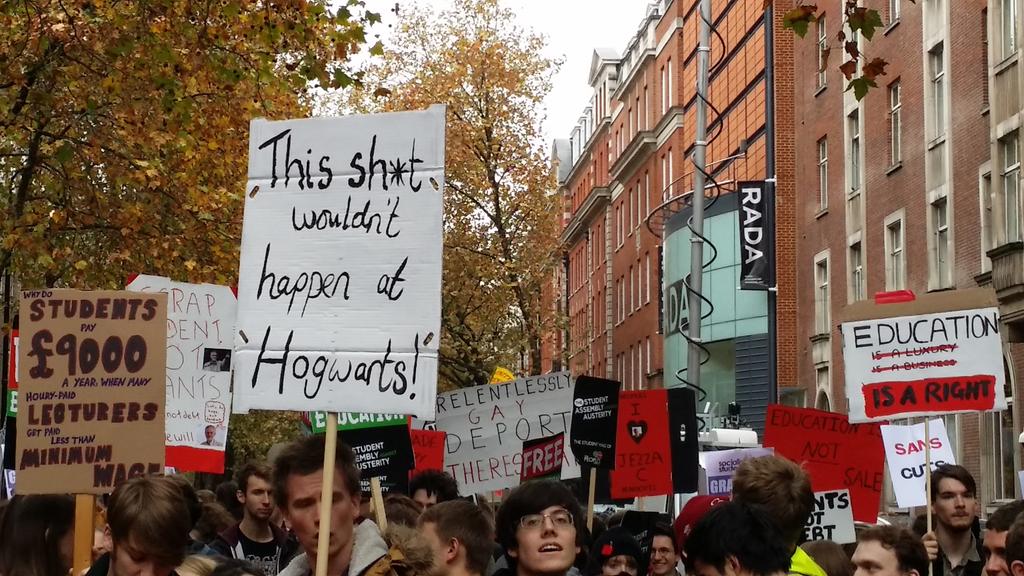 Stirling University students are currently participating in a march for Free Education in London.

Students from Stirling made the 14-hour trip to London last night, following weeks of fundraising by activists and the Student Union, for the journey.

The Stirling bloc, consisting of 40 students accompanied by 3 SABBs, arrived at the demonstration at 11am today.

The decision for Stirling University to participate in the demonstration was made at September’s ‘Stir It Up’ event, where students voted overwhelmingly in favour of marching for free education. Participants include Student President Andrew Kinnell and VP of Communities Lauren Marriott.

A representative from the National Campaign Against Fees and Cuts, the organisers of the demonstration, have announced that more than 10,000 people are expected to attend.

The demonstration has been set up to protest against rising tuition fees, which has seen students leaving university with more than £35000 of debt, with costs expecting to rise further in coming years.

The march aims to promote free education and living grants for all.

Shadow Chancellor John McDonell has already given a speech and the demonstration has received the backing of Labour leader Jeremy Corbyn.

There is also a liveblog from Brig sub-editors Jennifer Hale and Rob Adair, who are in London covering the demonstration for The Hub, here.

Student debt for Scottish students higher than ever