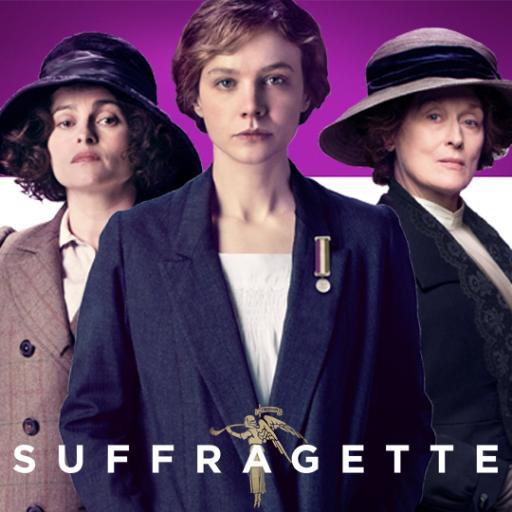 Suffragette, set in London during 1912, is the intimate story of a group of women’s involvement in the female suffrage movement.

The story centres around Maud Watts, (Carey Mulligan), who lives and works in a rather grimy corner of the capital, Bethnal Green.

Maud works hard and for long hours in a dingy laundry where in return for being burnt and bruised and poisoned by cleaning products, she earns barely enough to survive.

Her life is repetitive, constricted and set in stone by the limitations of the law. Maud lives far away from the world of politics and current affairs, and of course, the fiery story of the suffrage movement.

Filmed through grey camera filters to reflect the smog of London and the bleak reality of Maud’s life, we have the tragic opening to an emotive film.

But things change when one day, Maud’s jaunt along a West End street is chaotically disrupted by a group of women smashing windows with stones and shouting about votes for women. One of these women is no stranger to Maud though, and it turns out that her new workmate, the colourful Violet, (Anne-Marie Duff), is a passionate member of the suffragette movement.

From this point on, Maud quickly meets a series of women from across London, all of which support female emancipation. She meets the active wife of an MP, Alice Haughton, (Romola Garai), the passionate Emily Davidson, (Natile Press), and a female pharmacist, Edith Ellyn, (Helena Bonham Carter).

When Maud is chosen to speak at a committee to share her life story, she is fretful and unsure about what to say. But when she talk of her difficult life, she feels liberated and listened to and begins to realise that gender equality is an essential fight she must join. It is not long Maud is swept along in the mad world of suffragette warfare and finds herself beaten by the police, arrested twice, ruthlessly force fed in prison, abandoned by her husband, rejected by her community and separated from her son forever.

Still, the more the women are mistreated as social criminals, the more their desire to achieve justice is flamed. But the government fight back and censor the papers in order to drown out the voice of the suffrage movement.

At last, it is decided that desperate action must be taken and Maud and Emily go to Derby to hand the King a sash for women’s right in front of the world’s cameras. But when this proves difficult, Emily makes a drastic decision and throws herself in front of the King’s horse, waving her sash, and is trodden to death in the name of suffrage.

The film ends with the funeral for Emily Davidson and authentic footage from 1913 of the thousands of people who collected in London to march alongside the coffin and support the female suffrage movement.

Overall, the film was very emotional. In many ways it told of the lives of a group of women more than it truly reflected on the suffrage movement as a whole. However, this worked, as you need intimacy in film to achieve feeling, and it reflected the true experiences of these women, who in many ways were part of a bigger cause, but could only live and see the unfolding of this story from their own corner of history.

Some have argued that Maud was portrayed too much as a victim rather than an inspirational role model. But this is just the point. Maud represents the simple and unnoticed of the millions of working class women who existed across Britain. It is important to understand that not every woman in the suffrage movement was loud and colourful, but many were everyday people and like Maud, their involvement in the suffrage movement stripped them of their dignity and what little rights they had to make them wounded soldiers of their time.

The acting was strong and Mulligan carried the lead with brilliant sensitivity. The other central women showed a gorgeous balance of vulnerability, anxiety and sense of being lost in an uncertain age of change, set against a brave, independent and energetic determination.

The only weak chain in the link was Meryl Streep who played Emmeline Pankhurst, and did so without any convincing conviction. The character of Emmeline Pankhurst was rarely introduced in the film, and even although this has been deemed odd, it actually fits in very well with the purpose of the film. The story was not about those at the top of the movement, but about those labouring on the front line such as Maud.

Eduard Grau, the chief cinematographer used tight framing, long depth of field to de-prettify the action, and lend it a bustling immediacy that sweeps you up into the mood of the moment and gives the film the hot-blooded urgency that shook up the content as well as the audience.

But most importantly the film depicted in all it captivatingly ugly ways, the long and uneven path of female suffrage. It shows that it was not just about votes for women. It was about allowing women the right to participate in politics and shape the laws which affect them. It revealed that no matter what class you are, no matter how comfortable your life was, you were still the property of men, and your right to live and act of your own choice was denied. It was about being given the chance to work towards putting an end to: rape, abuse, marital unbalance, unequal pay, educational restrictions, workplace discrimination, and just to be allowed the chance to live as equal and free human beings. 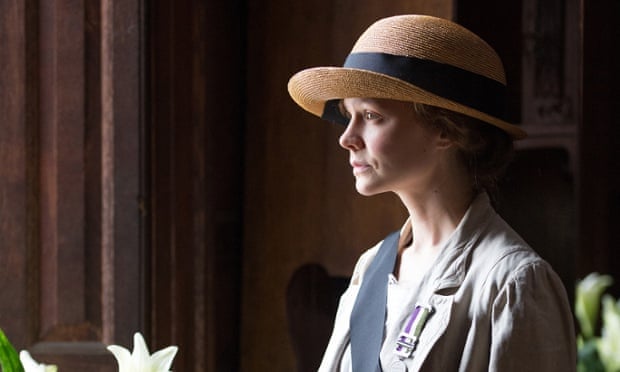 The film ends in a very non conclusive way which at first is quite frustrating, and then you realise-no…that is what it is all about. It is a message to remind us that the story of equality has not been neatly round up and is never concluded whether at home in Britain or across the world. The fight still goes on.

As we know, it wasn’t until 1928 that women achieved equal voting rights to men. But it was achieved in the end, and I think this film is a very important reminder that 1928 is not very long ago.

Women in Britain should be proud of the heritage they share with women of the past, and be grateful for the not perfect, but greatly improved equality and rights we know and take for granted in 2015, because the suffragettes gave up everything so that women of today could achieve anything.