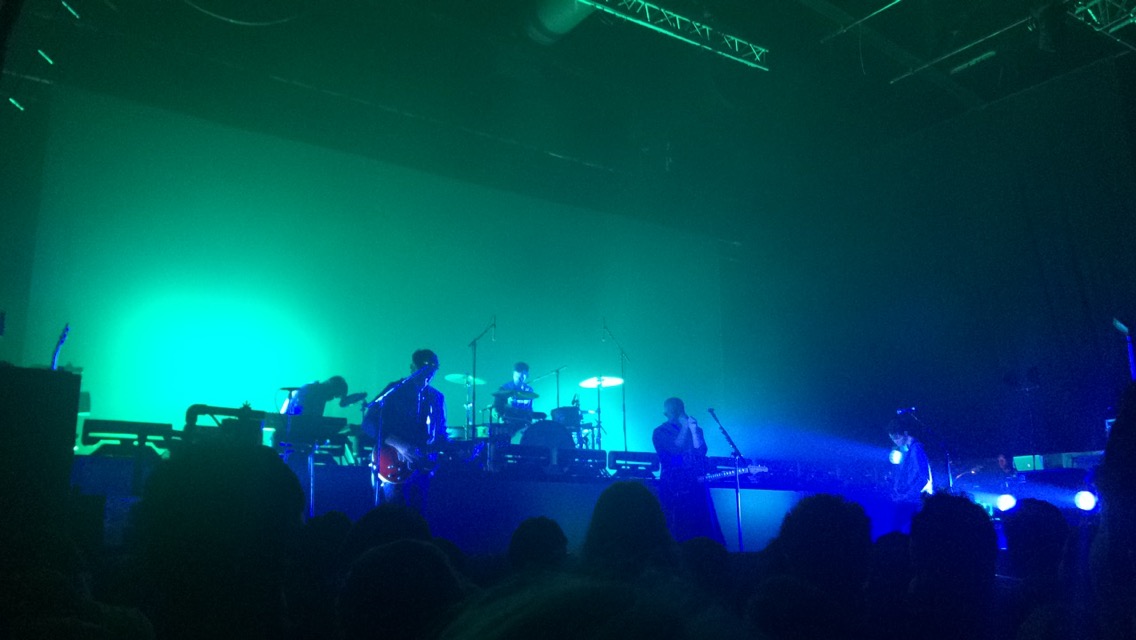 Embarking on their Get to Heaven UK tour, Everything Everything played a set at the O2 ABC in Glasgow which ably proved that they are continuing to be on the rise with each new album.

Opening with the first track from the latest album ‘To the Blade’ was an assured choice given the way that it builds from a quiet first verse before exploding into a much heavier chorus to get the crowd going. It was quieter moments like this that really emphasised quite how spectacular Jonathan Higgs’ falsetto is. The fact that he kept it up without wavering for an hour and a half is pretty astounding!

Five songs in, after performing one on their older hits ‘MY KZ, UR BF’, was one of the only snagging points of the night. Alex Robertshaw’s lead guitar wasn’t working for ten minutes which was pretty unfortunate, but the band handled the situation like true professionals. It allowed for Jonathan to have some time interacting with audience – flexing his comedic side and even starting a mass sing along of happy birthday for someone.

Aside from that the set went along breezily, largely consisting of tracks from their latest album but also older tracks such as ‘Cough Cough’ and ‘Don’t Try’. It was during these older tracks, and the more recent singles including ‘Distant Past’, that the audience became particularly animated.

The concert also had a rather spectacular light show, consisting of two massive LED screens as well as all of the usual lights so the stage hit you with a wall of colour as vibrant as the cover art for ‘Get to Heaven’. This worked even better in the O2 ABC because of the giant glitterball which meant that all of this light reflected over the audience and it looked dazzling.

Seeing Everything Everything live also added a rockier edge to their music than on the records which sound more like alt-pop. This added a whole new dynamic to their music which was really fascinating given how brilliantly bizarre some of their music already is, with lyrics such as “Oh baby it’s alright, it’s alright to feel like a fat child in a pushchair, old enough to run, old enough to fire a gun” being chanted by the audience.

This show proved that this is a band more than capable of playing larger venues, which they will be in February when they support Foals at The SSE Hydro. If this is anything to go by, that is guaranteed to be a pretty spectacular concert!

Clansmen build momentum with second win of the season