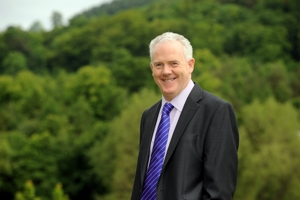 The University of Stirling’s Principal and Vice-Chancellor, Gerry McCormac, earned £247,165 a year in 2013-14, according to Freedom of Information (FOI) requests carried out by the Taxpayer’s Alliance.

By contrast, Scotland’s First Minister Nicola Sturgeon is entitled to a salary of £144,687 – but only claims £135,605 as part of a voluntary pay freeze.

McCormac’s total yearly remuneration is defined by the Taxpayer’s Alliance as:

Concerns were raised in January 2014 when it was revealed McCormac was to receive a 6% pay rise, hiking his salary up to £205,000 at a time when University staff were being denied even a 1% increase in pay.

But a great show was made of McCormac’s decision to donate the £12,000 salary increase to a student fund.

For most of the financial year in question, McCormac’s salary was still £193,000.

This raises the question: where was the additional remuneration coming from, which comes to at least £42,000, and possibly over £50,000?

It is also worth noting that this excess cash does not include an additional £1,417 the Vice-Chancellor claimed in expenses.

This additional remuneration is around one-fifth of McCormac’s entire earnings. Students and staff will surely be interested to know what the Vice-Chancellor got this money for.

If it was fees or an allowance – what for, exactly? If it was a bonus – on what basis was he awarded a bonus? If it was compensation – compensation for what? If it was perks – so called ‘benefits in kind’ – then what were they, and why did they cost so much?

Some of these perks might include, as the Stirling Observer reported in May this year, part of the £10,000 McCormac claimed in air fares between 2012 and 2014.

But if this is the case, it would still only account for, at the very most, around a quarter of the earnings that are in excess of McCormac’s stated salary.

Until some clarity and detail can be provided as to why the Vice-Chancellor requires such a large supplement to an already almighty salary – a salary that comes out of the public purse – we can only speculate.

To this end, Brig has sent an FOI request of its own to the University, asking for a thorough breakdown of Gerry McCormac’s remuneration.

McCormac is no stranger to controversy over his expenses, having faced a storm of criticism over £150,000 of University money that was lavished on a refurbishment of his luxury home between 2010 and 2013 – at the same time as 17 University staff were handed compulsory redundancies.

McCormac was not the only member of University management to receive annual earnings in excess of the First Minister’s.

Film Review: The Lady in the Van