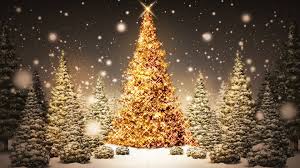 ‘Twas the Night Before Christmas

‘Twas the night before Christmas, when all through the house
Not a creature was stirring, not even a mouse;
The stockings were hung by the chimney with care,
In hopes that St. Nicholas soon would be there;
The children were nestled all snug in their beds;
While visions of sugar-plums danced in their heads;
And mamma in her ‘kerchief, and I in my cap,
Had just settled our brains for a long winter’s nap,
When out on the lawn there arose such a clatter,
I sprang from my bed to see what was the matter.
Away to the window I flew like a flash,
Tore open the shutters and threw up the sash.
The moon on the breast of the new-fallen snow,
Gave a lustre of midday to objects below,
When what to my wondering eyes did appear,
But a miniature sleigh and eight tiny rein-deer,
With a little old driver so lively and quick,
I knew in a moment he must be St. Nick.
More rapid than eagles his coursers they came,
And he whistled, and shouted, and called them by name:
“Now, Dasher! now, Dancer! now Prancer and Vixen!
On, Comet! on, Cupid! on, Donder and Blixen!
To the top of the porch! to the top of the wall!
Now dash away! dash away! dash away all!”
As leaves that before the wild hurricane fly,
When they meet with an obstacle, mount to the sky;
So up to the housetop the coursers they flew
With the sleigh full of toys, and St. Nicholas too–
And then, in a twinkling, I heard on the roof
The prancing and pawing of each little hoof.
As I drew in my head, and was turning around,
Down the chimney St. Nicholas came with a bound.
He was dressed all in fur, from his head to his foot,
And his clothes were all tarnished with ashes and soot;
A bundle of toys he had flung on his back,
And he looked like a pedler just opening his pack.
His eyes–how they twinkled! his dimples, how merry!
His cheeks were like roses, his nose like a cherry!
His droll little mouth was drawn up like a bow,
And the beard on his chin was as white as the snow;
The stump of a pipe he held tight in his teeth,
And the smoke, it encircled his head like a wreath;
He had a broad face and a little round belly
That shook when he laughed, like a bowl full of jelly.
He was chubby and plump, a right jolly old elf,
And I laughed when I saw him, in spite of myself;
A wink of his eye and a twist of his head
Soon gave me to know I had nothing to dread;
He spoke not a word, but went straight to his work,
And filled all the stockings; then turned with a jerk,
And laying his finger aside of his nose,
And giving a nod, up the chimney he rose;
He sprang to his sleigh, to his team gave a whistle,
And away they all flew like the down of a thistle.
But I heard him exclaim, ere he drove out of sight–
“Happy Christmas to all, and to all a good night!”

The littlest Christmas tree
lived in a meadow of green,
among a family,
of tall evergreens.
He learned how to whisper
the evergreen song,
with the slightest of wind,
that came gently along.

He watched as the birds
made a home out of twigs,
and couldn’t wait till
he, too, was big.
For all of the trees
offered a home,
the maple, the pine, and the oak,
who’s so strong.

“I hate being little,”
the little tree said,
“I can’t even turn colors
like the maple turns red.
I can’t help the animals
like the mighty old oak.
He shelters them all
in his wide mighty cloak.”

“A star appeared,
giving great light
over a manger,
on long winter’s night.
A baby was born,
a king of all kings,
and with him comes love,
over all things.”

“He lived in a country
all covered in sand,
and laid down his life
to save all of man.”

“Little tree thought of the gift
given by him,
then the big tree said with the
happiest grin,
“We’re not just trees,
but a reminder of that day
There’s a much bigger part,
of a role that we play!”

“For on Christmas eve,
my life I’ll lay down,
in exchange for a happier,
loving ground.
And as I stand dying,
they’ll adorn me in trim.
This all will be done,
in memory of him.”

“Among a warm fire,
with family and friends,
in the sweet songs of Christmas,
I’ll find my great end.
then ever so gently,
He’ll come down to see
and take me to heaven,
Jesus and me.”

“So you see, little tree,
we are not like the oak
who shelters all things
beneath his great cloak.
Nor are we like the maple
in fall,
who’s colors leave many
standing in awe.”

“The gift that we give
is ourselves, limb for limb,
the greatest of honor,
in memory of him.”

The little tree bowed,
his head down and cried,
and thought of the king
who willingly died.
For what kind of gift
can anyone give?
Than to lay down your life
when you wanted to live?

A swelling of pride
came over the tree.
Can all of this happen
Because of just me?
Can I really bring honor?
By adorning a home?
By reminding mankind
that he’s never alone?

With this thought, little tree
began singing with glee.
Happy and proud
to be a true Christmas tree.

You can still hear them singing
even the smallest in height,
singing of Christmas
and that one holy night. 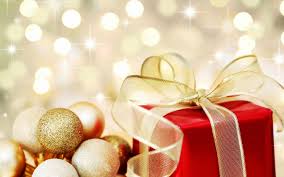 For the cookies you baked
And the stockings you stuffed,
For the cuts that you healed
And the pillows you fluffed…

For being there for that one-year-old boy
Who sat in the house and sucked on his thumb
For working so hard at being his mom
And making that boy into the man I’ve become
Look back on all that we have been through
And look at me now mom, how far I have come

For all of the times I’ll never forget

Merry Christmas to you, Mom
Here’s to the memories
We haven’t had yet

I wrote a letter to Santa
To make sure he would know
It’s only two weeks until Christmas,
And we still don’t have any snow.

Just didn’t want his reindeer
To have to work too hard.
I was afraid they might get stuck
In the mud outside in our yard.

I mailed my letter on Monday,
Only two days ago.
As I dropped it in the mailbox,
It slowly started to snow.

It’s been snowing ever since,
More as each day goes by.
I’m getting kind of worried now
That Santa will think I lied.

I’ll write another letter,
And mail it off today.
Tell Santa not to worry,
There’ll be lots of snow for his sleigh.

Christmas Now And Then

Well, it is December, and Christmas is almost here
Another happy Christmas for family and good cheer
There will be tables loaded with turkeys, hams and sweets
We know there will be more than we could ever eat

Our little tree was kind of skimpy, with some ribbons and a few shiny balls
But to us it stood magnificent, the greatest of them all
Under that tree was a present for Raye, a present for Sister and a present for me
And we could hardly wait as we would open them with glee

There was not a lot of fancy food on that table, times were kind of tough
But we were all happy, and for us it was enough
We were so thankful as we thanked the Lord above
We knew what we had was paid for with Daddy’s hard work and Mama’s love

I’m thankful that we now have so much and our blessings are many
And it is good to live in this great land of plenty
But I would gladly give every material thing that I own
To have one more Christmas with Mama and Daddy and my two sisters at home. 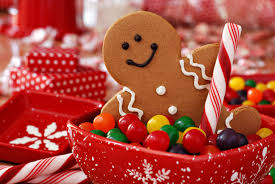 Get Glamorous this Party Season with Sammy Dress