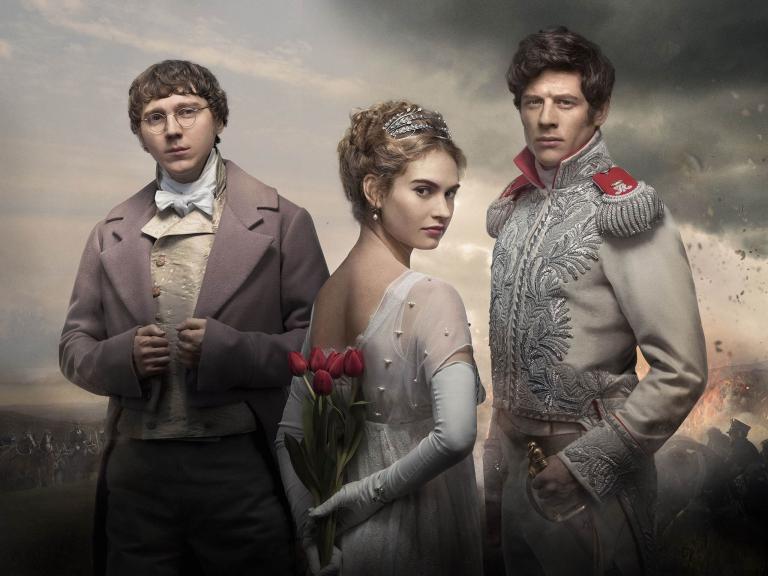 Critics and the public just can’t stop talking about BBC One’s War and Peace, which has dominated Sunday night television since its first episode aired on the 3rd of January. But even although War and Peace is arguably Russia’s most famous novel and an internationally claimed classic, it is clear that the majority of viewers have entered into this series with little knowledge of Russian history or literature, and this has led to confusion as to just what one of the longest books in the world is really all about.

So it is time to get to know the story of War and Peace and discover what dark themes and purposes lurk beneath its surface. The novel itself is by one of Russia’s most celebrated novelists, Leo Tolstoy. It was first published in 1869, but focuses on Russia during 1805 as it enters into war with Napoleonic France which is sweeping across and conquering Europe. The story follows the life of five aristocratic families who are affected by the war which tears through their relationships, safety and changes their socio-political understandings.

So far in the series we have seen it all and had deaths, births, marriages and an incestuous affair presented to us. However, away from the complex domestic scenes there has been a great deal of bloodshed on the battlefield as Russia and its privileged elite get there swanky uniforms dirty with the grimy reality of war. One particularly glamorous scene looks at the chaotic and tragic battle of Austerlitz, which really happened and resulted in the defeat of the Russian army and the death of 36,000 men. 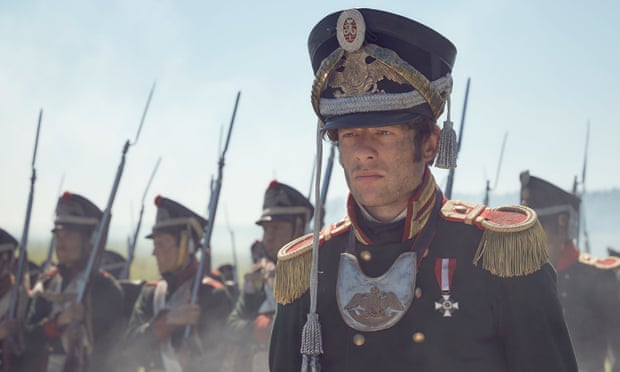 But all the same, despite the bestselling combination of sex and violence, viewers are still taking to social media and debating or even simply asking what War and Peace is truly all about. What are its core resolutions? Is it simply a thriller? Or is there something more pressing going on beneath the dramatic exterior? Viewers have complained that even although there is plenty of drama taking place on screen in the form of duels and drunken brawls, there are so many narrative threads and personalities to contend with that nobody quite knows who to pay attention to or who to root for.

Well, the truth is that like many Victorian novels, War and Peace has more than one intention within its pages. Certainly the book is a wonderful thriller, with lots of twists and turns, as anyone who has read the book, or has watched any past or contemporary film production will know. It is full of exciting elements like crime, corruption, innocent love, deceitful entanglements and a great deal of pretty lavish dresses for the ladies and irrationally tight trousers for the gents.

However, War and Peace is also a deep journey into the ugly veracity of a vast empire that was riddled with exploitation and frivolity at the turn of the 19th century. Tolstoy was much like Britain’s own Charles Dickens, for he wasn’t just interested in creating a great page turner, no, he was concerned about the world around him. Tolstoy was a socialist, and he felt uneasy about the state of Russia during his lifetime between 1828 and 1910. He lived during a period of increasing political and social unrest due to critical national turmoil and international uncertainty.

During this period, Russia was one of the wealthiest nations on earth. The 2% of the population that belonged to the elite aristocracy swindled and squandered 95% of the country’s wealth. 80% of the population were slaves known as serfs and were tied to their landowner by law from the day they were born to the day they died and could be bought, sold, married off and killed without legal or moral intervention. Russia arguably faced more poverty and inequality than any other country in Europe at that time. It was also separate from the western modern enlightenment movement and because of this, then the concepts of social and political freedom, justice and honorability that were becoming serious subjects in the rest of Europe were alien to the natural philosophical and practical society models adopted by Russians.

It was these problems that led Tolstoy to write War and Peace and within it, place unmistakable themes. The extravagant and wild nature of the domestic sphere in the novel with affairs, immense gambling, female rights and endless and fruitless leisure is a reflection of Tolstoy’s opinion of Russia and his concerns about the idle and inconsequential lives of the wealthy. This in his view, was a non pioneering and wasteful group of society which owned and operated the crucial elements and roles within the nation. He believed that the aristocracy was driving Russia into an ever deeper pit of squalor and disillusionment from which it would not escape, lest for revolution.

Once again like Dickens, the main characters may seem overly exaggerated in their unique personalities, yet again, this is purposeful. The central players in War and Peace represent the virtues and vices which Tolstoy either felt diseased or healed society and the morals and sins which he himself aspired to or was continuously consumed by.

You have those such as Pierre Bezukvov, (Paul Dano), who signifies the type of character which was highly popular in liberal Russian literature at that time. He is ridiculously wealthy and has had a life of endless partying, but he is disenchanted with his world. He is passionate about reform and grand change and wants to do something meaningful with his life. But like so many men of the time, he lacked the intelligence, drive or focus to do any more than just talk about it. To Tolstoy, Pierre reflects the type of young man who unwittingly and unintentionally held back the evolution of Russia.

Prince Nikolai Bolkonsky, (Jim Broadbent), echoes the old, arrogant and stubborn of his class. He is one of the many who belonged to the generation of aristocrats that placed an unwavering degree of trust in his country and gave his personal but inconsequential loyalty to protect its traditions. Tolstoy uses Prince Nikolai to imitate the hard hearted men of his time, those who could not understand the purpose of a modern and progressive Russia and who believed in a broken system which so long as it suited his needs, he need never question greater moral issues in his country. Natasha Rostova, (Lily James), on the other hand provides a very different character. She is the angelic and generous lady of the story. She reflects Tolstoy’s image of the perfect person; someone kind, righteous, bold, full of integrity, and most importantly, innocent. In War and Peace, Natasha’s character is tested, but she is the beacon of hope in Tolstoy’s novel and she serves as his proposal to Russia of how the next generation should be if the aristocracy, and in time the nation, is to be saved from itself.

Yes, War and Peace is a series which has entertained viewers but is increasingly leaving them confused as the story develops. But with any such piece of classic literature, and especially a giant like War and Peace, it is important to not merely ponder upon the theatrical aspects, but to look deeper into the heart of the story and discover its greater value.

Whether you have already been watching War and Peace or not, it is a great series to catch this 2016 if you want a seductive but enlightened mix of intense violence and bloodshed as well as a grand social drama that has beautiful showmanship and dark twists.