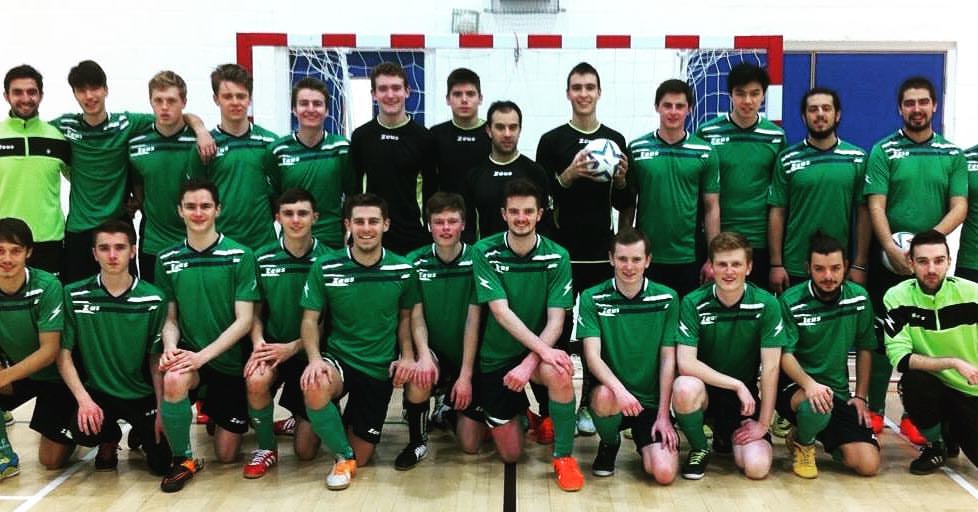 The luck of the draw can produce surprising match ups. In the latest round of the Scottish Futsal Cup, Stirling University’s 1st and 2nd teams drew each other out of the 32 possible teams. This was an opportunity to test the progress of the large number of converts from football, who have flocked to the team since its foundation two years ago.

Despite the gulf in experience the 2nd team weren’t going down without a fight. 1st team captain Alexandru Bodgan claims that; “It was our hardest game of the year”.
The game was an intense, energy-packed affair. The confined space of the futsal court meant that goal scoring chances were frequent, with the defences never letting their focus dwindle. However, the fitness and experience of the 1st team veterans proved too much, as two goals from Daniel Pavel proved the difference in a 3-1 victory.
On a positive note, the experience of an intra-club competitive match has renewed confidence in the development of new recruits upon transitioning from football. Most importantly, Stirling University are still in the cup, where they will face FC Polonia Dundee in the round of 16.

Get some colour this winter with Boohoo