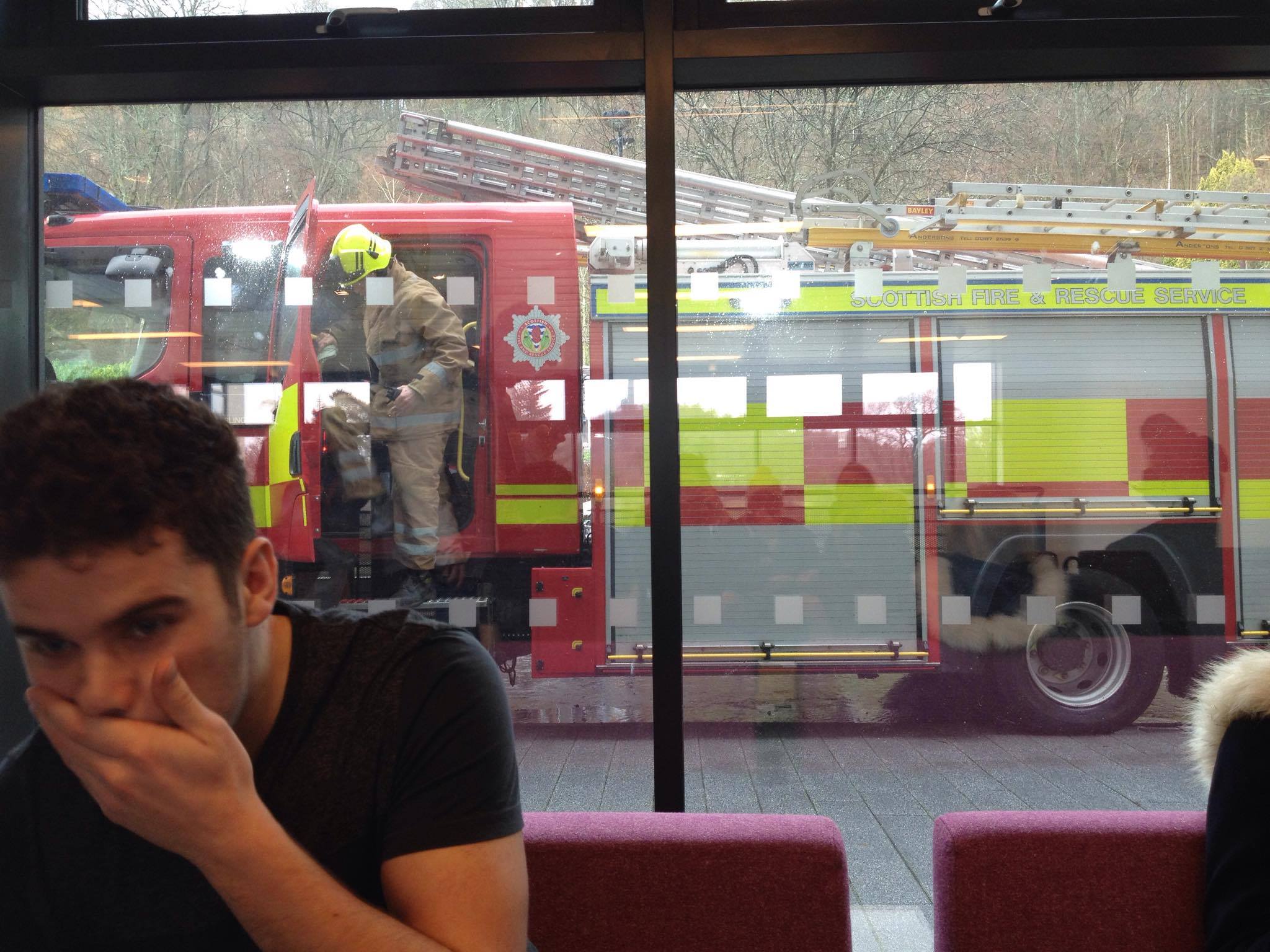 Juniper Court residents were evacuated across campus and to the Stirling Court Hotel after a burst pipe led to flooding in the flats.

The fire service were reportedly in attendance as five floors of students were temporarily moved after the main sprinkler pipe on the top floor split and the water came through the ceiling of the floors below.

One resident claimed that the problem was discovered when the fire alarm was being tested. They said the piping wasn’t connected properly which caused the sprinklers to break and burst, causing the flooding.

A third year business and sport student told us, “The water was coming through about five lights. Our flat is the top one so it was the main source of the problem as it dropped down to the other floors. The water was gathering in pools and was leaking in to some rooms – we managed to put towels down to save the other ones”

“We put bins and buckets down to try and catch the water but then got evacuated by the fire brigade. Accommodations services personnel tried to stop the flow and fix the burst pipe”.

The students were then instructed to leave the flat and go down to the main reception.

A first year student was in class when she was told she was going to be moved to the Stirling Court Hotel. She said:

“I was out at a seminar and got a message from my flatmate telling me we were being evacuated and to leave.

“It was another hour or so before I managed to get there – myself and another flatmate who was in the same class just ran up and packed up a bag of stuff for the night just in case.

“We waited in reception for a few hours before we were told what was happening to us and what the damage was.”

Students were allegedly told they would be allowed back in tonight – but were then informed they will be told when they can move back in to Juniper tomorrow.

“We were told earlier we would be allowed back in tonight and they were just going to check the electrics. Then they came back and told us that things were worse than they’d thought and they had arranged for us to be sent here.”

“I heard some people are in Polwarth and Donnelly, also heard some might be in Muirhead and Alexander Court.”

“They haven’t mentioned anything about our stuff but they let us go up in small groups to collect anything we needed.”

This news comes after last week Brig reported that rent at Juniper Court will be increased by 2.5% in the next academic year.

If you’ve been affected by the situation please get in touch by emailing news@brignewspaper.com

"This is of course because being yourself and expressing how you feel is weak. Personally, I…

You treat a disease, you win, you lose. You treat a person, I guarantee you, you'll…

2020 (2021)'s festival of football gets underway tonight, as Italy host Turkey at the Stadio Olimpico…

ARTS: Stirling residents will be able to partake in free jewellery workshops.…

Being mixed race doesn't mean I can be brown or white: I'm both.…