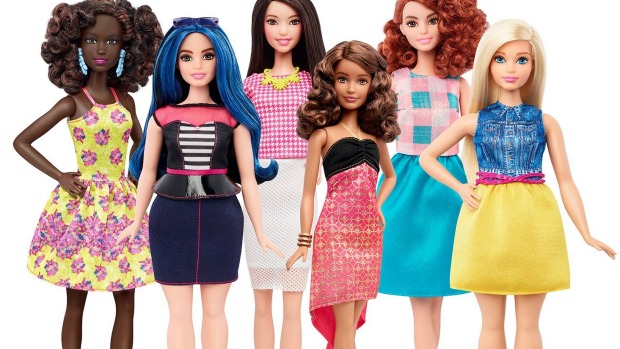 “Barbie, beautiful Barbie, I’ll make believe that I am you.”

This was a phrase used in Barbie advertising during the 1960s. For decades in the toy industry, Barbie dominated the play scene for girls and this skinny, blonde haired, blue eyed, one size fits all role model was a steadfast symbol of perfect femininity.

However, gradually over the past five decades, it has become clear that Barbie has never actually represented the diversity of womanhood and the plastic beauty has become increasingly irrelevant within evolving societies. Barbie has been scrutinised to a degree that a lot of other toy brands have not and at the beginning of the 21st century, Barbie manufacturer, Mattel began to consider why their iconic doll was dropping in sales and facing heavy criticism.

Research has found that parents have become increasingly concerned about what brands say about their family and household and mothers in particular have grown anxious about what messages Barbie gives to boys and girls alike.

Mattel also discovered that children were finding Barbie, “dull,” and, “samey,” and they were interested in more relevant and impressive toys. This may be why in 2014 the Elsa doll from Frozen drastically over took Barbie sales and in the same year, Lego’s range of toys specifically aimed at girls also outsold Barbie products.

However, the bad press for Barbie has gotten significantly worse within the past five years due to the rise of social media and citizen journalism which has provided opinionated consumers and theorists with a platform from which to criticise the brand. It has been understood that Barbie is disapproved of for a variety of surface level as well as deep and theoretical reasons, many of which are just as complex as why women in general are judged.

As a result, Mattel decided that Barbie was no longer relevant to modern day play practices and does not represent everyday women. The plastic princesses were now decidedly out of touch with reality and the true face of women today.

That is why over the past decade, Mattel has been working on a new future for Barbie, Project Dawn.

The design and marketing teams behind the famous female were asked to scrap everything they knew and to start from scratch and imagine how they would recreate Barbie to reflect the world of women today. They were given no guidelines, no limitations and no rules. Barbie was to be reborn.

What Mattel have created is a new and diverse range of Barbie figures. There are now Barbies that are tall, short, petite and curvy. They have new skin colours, new eye colours, new hair colour, new hair types and styles and two sizes of feet. The new line of clothes that offer a more fashion forward outlook no longer fit every doll, but are matched to the various shapes and sizes of the new toy in town.

Mattel has said that this move has not been to merely meet the concerns of consumers or to meet the changing needs of children, toys and play as separate mediums. They have said that Project Dawn has been in response to the company’s own recognition that the brand desperately needed to reflect the increasingly multi-cultural and diverse world that children encounter every day.

Now you see a collection of girls that reflect the world children see whether in their family, in their social groups, in their community or in the media. Now these Barbie girls symbolise individualism in a way that the original Barbie never used to.

But Mattel has also noted that they’re not saying that the stereotypical tall, blonde haired, blue eyed doll of the past is no longer beautiful. No, they have said that the Barbie of old is still a beautiful doll, but the company and indeed the world is beginning to realise that all shapes, colours and styles are equally beautiful and equally worth representing.

However, Mattel have realised the journey of Barbie is not over and will continue to develop alongside society, for as they have said, “We are in a position of progress and not perfection right now, and that’s ok.”

The Best Couples from Film and TV