Last week, I caught up with two Stirling students standing for the Scottish Parliament on new socialist grouping RISE’s regional lists. They are 19 year old Journalism and Politics student Maria Feeney and 29 year-old Business and Psychology student Bryan Quinn. Also running is Religion and Philosophy student Lindsay Webster, who was unfortunately unwell and unable to attend the interview.

Q: Sum up why you’ve decided to stand for Parliament.

Maria Feeney: “It’s the only way to get socialists into Parliament. Since 2007, it has had a detrimental effect on Scottish politics not having working class people properly represented. The SNP and Labour haven’t done much for working class people in Scotland, and the things they have done – like free school meals and free prescriptions – were brought about by left-wing pressure.”

Bryan Quinn: “Because I believe our policies can improve the lives of millions of people in Scotland. Policies like scrapping council tax and replacing it with a more progressive local income tax to stop council cuts. Like introducing rent caps, and a Landlord’s tax to be able to build the social housing that we have such great need for.”

Q: What first got you interested and active in politics?

MF: “My mum, basically. She used to take me to rallies, and I’d get a day off school on election nights! She’s in the Labour Party but Labour were never for me – they don’t prioritise socialism. I’ve always been interested in getting involved in my community.”

Q: We hear that your mum is in fact standing in the same region, but for Labour. What effect will that have on family life?

MF: “The competition will stay friendly! This might sound a bit mad, given I’m not a big fan of Labour, but for me, my mum is still part of the campaign for socialism. She has those values. I would be glad if she got in – she would shake things up a bit!”

“I believe our policies can improve the lives of millions of people in Scotland.” – Bryan Quinn

Q: And for you Bryan, what was it that first got you involved in politics?

BQ: “The independence referendum. I would go to pro-indy meetings and think: ‘I have to get involved in this.’ So I did, leaftletting, canvassing, campaigning all the time.

“I joined Labour many years ago, but then the referendum came along and I left Labour. I’ve always been for independence, and I realised the Labour Party didn’t share my values. I like Jeremy Corbyn but I would never go back. A lot of his ideas are things we agree with, but unfortunately a lot of people in his own party don’t agree.”

Q. Maria, as Brig reported back in September, you started an incredibly successful grassroots campaign to help victims of the refugee crisis, called ‘Wishaw to Calais’. How much has that experience been a driver in your decision to stand for Parliament? 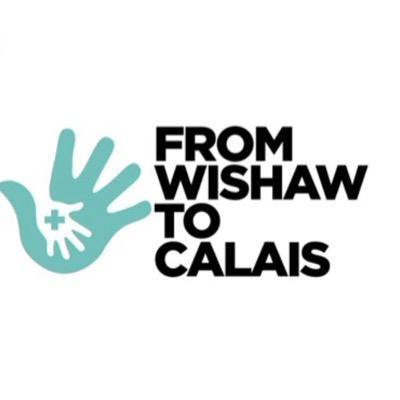 MF: “It’s definitely part of it, and it’s given me confidence – the fact that it got so big and I survived it! If I can do that, surely I can campaign for Parliament! It gave me a lot of experience in speaking to people from all walks of life. The ‘Wishaw to Calais’ campaign had 5,000 followers on Facebook, and I must have spoken to hundreds and hundreds of people.

“And all these people were fed up of injustice. Socialism can combat that. I saw through that experience the energy that is out there, that people want change.”

Q. Bryan, the SSP group at the University has a reputation as a proactive, committed activist group, which many SSP groups throughout the country seem to share. To what extent do you hope that grassroots activism will help your campaign?

BQ: “We have to rely more on the grassroots – we’re not bankrolled by billionaires or businesses. But recently we carried out a protest against Donald Trump that gained us a lot of national coverage, so things like that help too.”

Q. As a mature student, what did you do before coming to Stirling and how has that shaped your politics and personality?

BQ: “Well, I was a missionary when I was younger in the south of England. Then I got married, had some kids, and went to college to study business. I see a lot of students who are quite young, quite shy, and I’m not like that at all. I’ve got a lot of experience that allows me to relate to different kinds of people.”

Q. Now, same question to both of you – if you were elected as MSPs, what would be your main goals?

MF: “The area I live in is poverty-stricken. I come to Stirling and really, it’s pretty nice! So for me, it would be about giving people in my area better lives. Campaigning for rent controls so landlords aren’t exploiting people, for example, and a living wage. And education is the way out of poverty – educate your mind and you can do anything – but at some of our schools you can see kids without shoes. We should have a system of free school meals for everyone without any stigma, which can be brutal. It’s a deprived area and it shouldn’t be like that.

“The SNP government haven’t been helping enough people who need it – it’s ridiculous. As for public transport – how expensive is it to get a train into Glasgow? I know people who haven’t been able to afford going through for job interviews! We need to bring it into public ownership.”

BQ: “We need to push for better environmental policy. We have massive renewables potential in Scotland but it’s being squandered. We need to ban fracking and tell them where to go. The SNP government sits on the fence and has secret meetings with Jim Ratcliffe (boss of Ineos).

“We need to improve lobbying transparency too. RISE MSPs will be open about everyone who lobbies us. This should be done by everyone.”

MF: “We’re also going to take the average worker’s wage for the area.”

BQ: “Yes, and that’s important too. A lot of politicians say they want to help the poorest in society, but wind up living in the nicest estates in the area. Would they still want to do the same job on half the salary?”

“The area I live in is poverty-stricken. I come to Stirling and really, it’s pretty nice!” – Maria Feeney

Q. Finally – and I hate to ask – but do you actually have a chance of winning any seats? And is there not therefore a risk of you splitting the left vote?

MF: “To be completely honest, I’m not convinced we’ll win any seats. I hope we do. We could possibly win in Glasgow but it’s a tough one.

BQ: “We’ve got a small chance in certain areas. Jean Urquhart in the Highlands, for example, has a strong personal vote.

“A lot of things can happen. Labour got destroyed in the polls after the independence referendum, but prior to the vote were holding up okay. We need to try our best, not give up, and get out as many activists as we can.

Student political societies give their views on Brexit

Were you at war or peace with War and Peace?

The late singer’s latest compilation includes 21 unreleased tracks to be out on 28th May.…

Three things we learned as Stranraer narrowly edge out Stirling

It was a poor night for Stirling Albion who were defeated narrowly at home to Stranraer,…

ATVAs to make a return after two years

Meet Me @ The Altar are the new faces of pop-punk