McConnell was addressing a 50-strong crowd, containing University of Stirling students current and former, on what he felt brought him from the university to Holrood and beyond.

The Labour peer gave a run-down of his journey from his humble beginnings on a farm on the Isle of Arran to the General Assembly of the United Nations.

“I am often asked where I got my political stance from, and, honestly, I didn’t grow up in a very political family,” McConnell said.

“I think it was books that did it.”

McConnell served as UoS Union President for two years, after first being elected in 1980. Having ran twice before in the previous year – following a “disappearance” of the last Union President which triggered a second ’79 election – McConnell lead at a time of economic turmoil at Stirling.

With budgets being cut by 22%, McConnell noted one the idea of “going against the grain” as being a central idea which followed him throughout his political career, from cutting taxes in the Stirling district as a councillor, to challenging Henry McLeish for the role of First Minister. 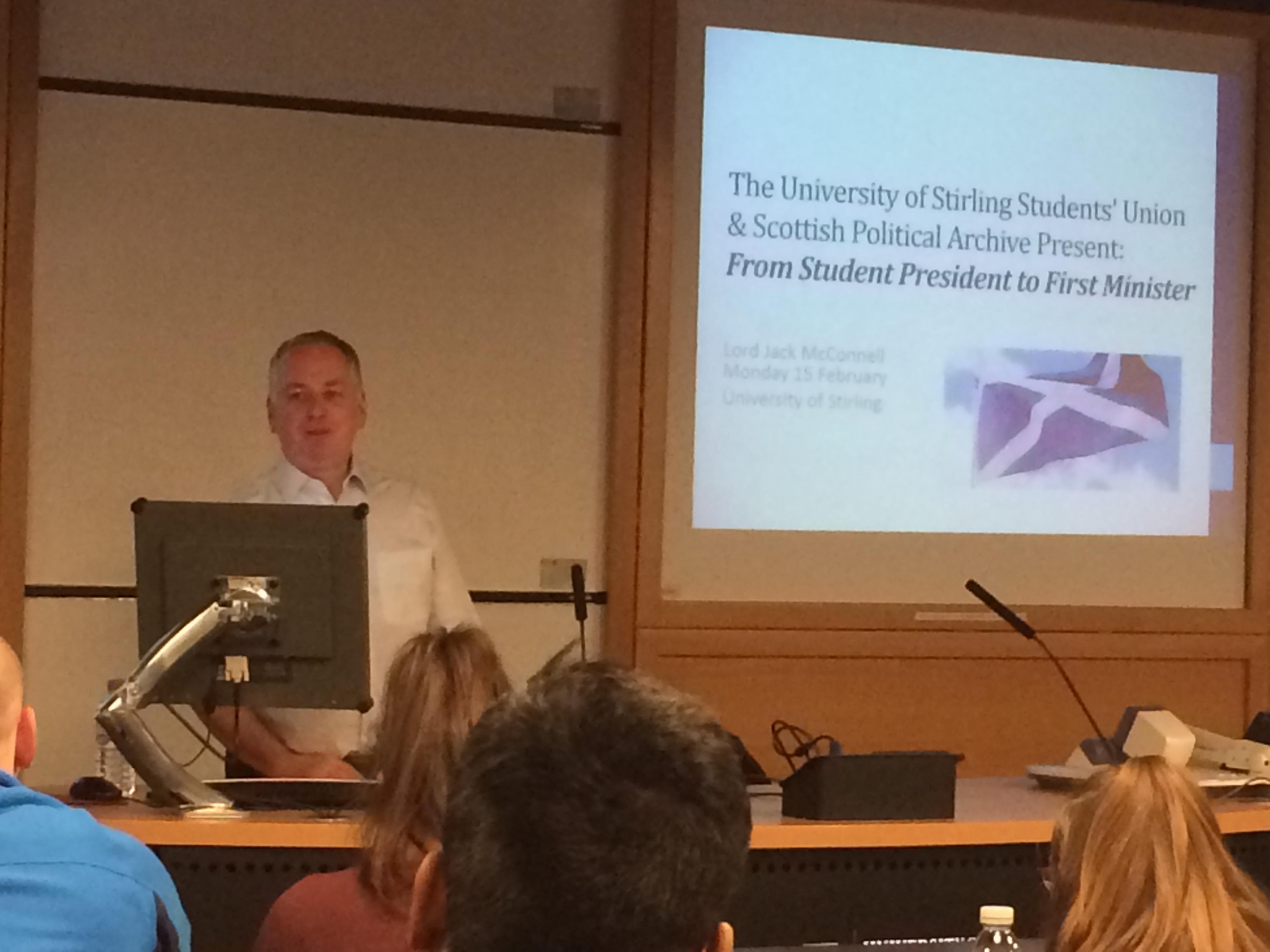 McConnell lost his first bid for First Minister, but said: “I thought, I can’t stand by and watch an unopposed First Minister be selected, and so I decided to challenge.”

“I knew afterwards I had done the right thing; I forced a debate, and so decided to do my new job as Education Minister as well as possible.”

McConnell spoke briefly of his six years as First Minister of Scotland, focusing instead of the lessons people in politics need to learn.

He spoke of the importance of friendship in keeping his grounded, and reminding him “there is a life outside of politics!”

McConnell said you should  never giving up on a cause you believe in, and he stressed the importance of standing up for one’s beliefs.

“Obedience is killing British and Scottish politics,” he said. “You should have a debate amongst and within parties; politics is weaker with obedience as is it.”

McConnell now stands as a Labour peer in the House of Lords, a position he said he would “vote to get rid of tomorrow, but whilst its there I am going to be a voice for change.”

A deal is in the EU's best interest