So, it’s that time of year again. Election season is upon us, and everything that comes with it. Slogans, puns and #terrifichashtags. Flash mobs in the Atrium (probably). Hustings that devolve into a giant lip-sync battle (probably not). So… many… flyers… can’t… carry them… all…

And of course, interminable jokes about RON.

Fear not. Brig is here to guide you through what is sure to be a relentlessly bloody campaign. First thing to note is that this year, the “Big 4” positions are all contested – the full-time Sabbatical positions of Union President, VP Communities, VP Education and Sports President. This all makes RON’s life much tougher in his David-against-Goliath quest to finally win something.

It also means there will be healthy competition for your vote. My unnamed source tells me that on the official Facebook group for the candidates, they’re currently all being really nice to each other. This must change, pronto. We need some stories, guys.

Without further ado, let us walk you through this year’s candidates.

Jessica Logan – Jess We Can

Matt Adie – Why sweep the problems under the carpet, when you can put it under Matt? *PUN KLAXON*

Steven Watson – Watson It For You? 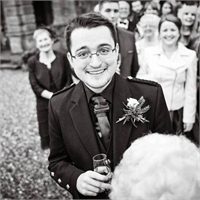 So that’s the candidates for the Big 4 spots. Lots of great candidates, with great manifestos. Things might get a little tense. For the full list of candidates and manifestos, you can find them all on the Union website.

The first Hustings will be in the Atrium at 12pm on Tuesday 15th March. There will also be an Alternative Hustings in Venue at 6:30pm on Thursday 17th March (which is where, if it’s ever going to happen, we’ll finally get our lip-sync battle and/or dance-off).

Lastly, don’t forget to cast your vote! Don’t be that person. Vote, dammit. Polls open online at 9am on Monday 21st March and close at roughly 6:15pm on Tuesday 22nd March – in time for the Results Party starting at 7pm in Venue.

Brig will be there with bells on.

David Rovics to perform at fundraiser for Palestinian student