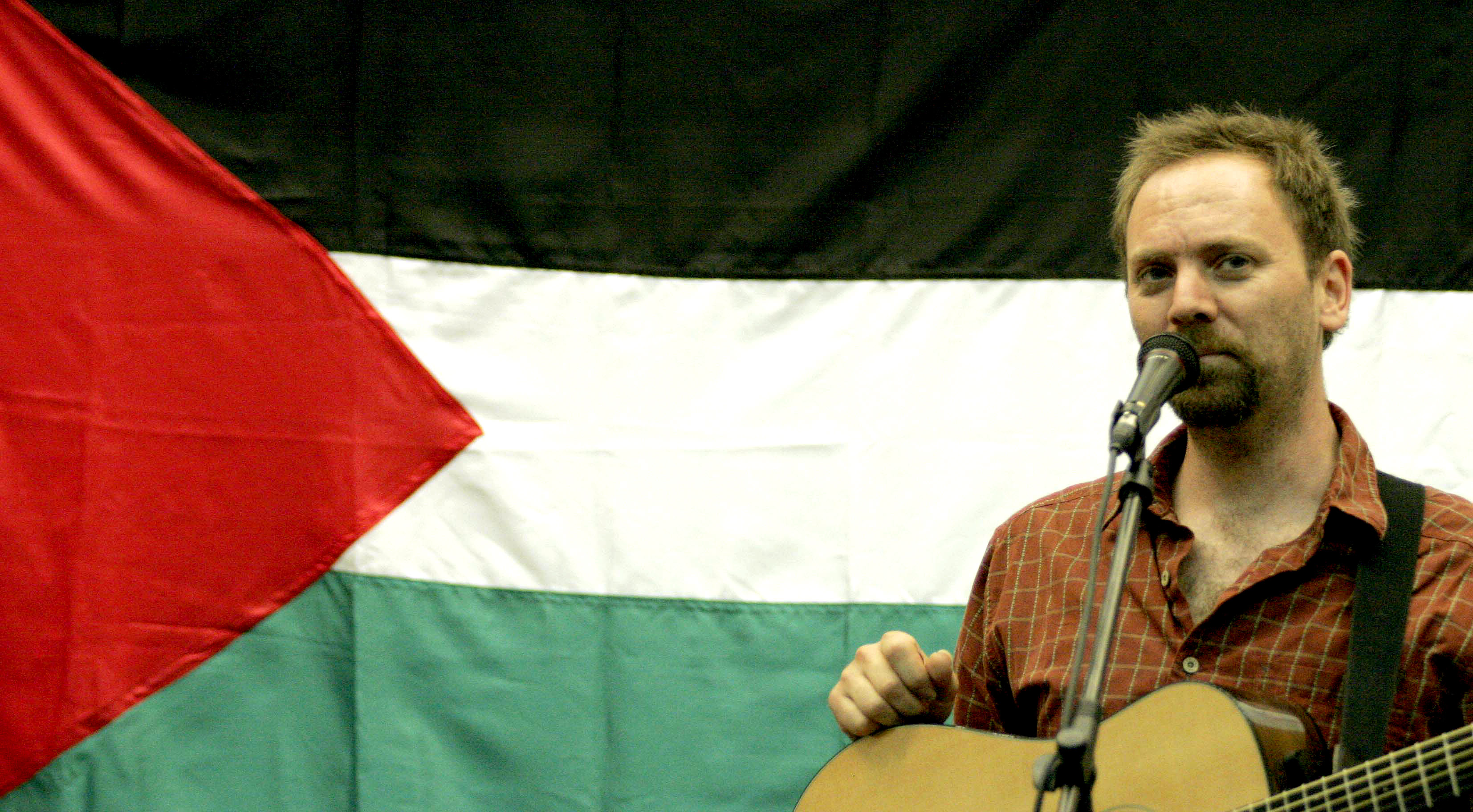 American Singer-Songwriter and political activist David Rovics is bringing his world tour to Stirling this Thursday. Rovics will play at the Student Union alongside local acts the Gracious Attempt and Dan Vevers.

Rovics is also a well known activist on Palestinian rights, and the gig itself is to raise money for Scottish Universities Supporting Palestinian Students, a Government backed campaign that hopes to aid financially Palestinian postgraduate students who want to come to Scotland to study.

Stirling Union President Andrew Kinnell hopes that a Palestinian student will be able to start at Stirling in the Autumn, after the campaign secured a fee waiver from the University.

Kinnell spoke to Brig about the event: “We aim to raise at least £10,000 to provide a student with a full scholarship that would cover living expenses, flights, accommodation, visa costs and so on. I’m confident we will manage to meet this goal, and events such as this are a great way to both fundraise and raise broader awareness of the campaign and the situation students in Palestine face.”

Rovics is also a supporter of SUSPS. He told the University:

Due to the fact that Palestinians live under a form of apartheid which makes travel of any kind very hard for them, it’s that much more important that Palestinian students are supported through different forms of international solidarity, like this initiative of Stirling Students’ Union. There may also be a particular relevance to Palestinian students having the opportunity to get to know Scotland, or any other place where it is possible to have an independence movement that doesn’t involve tanks and massacres.”

The show will start at 7.15pm in the Union, tickets will be £5 for students and £10 for non students and can be bought on the door.

SUDS give their best performance yet