Whether you are visiting Scotland, or have lived here all your life, it is worth checking out all that Edinburgh and Glasgow have to offer. These two historic and diverse cities offer something for everyone. Whether you are interested in the big tourist attractions or the quiet cultural corners, there is plenty to see in the two capitals of Scotland.

The National Museum of Scotland, was formed in 2006 with the merger of the new Museum of Scotland, with collections relating to Scottish antiquities, culture and history, and the Royal Museum. The collections look at various areas such as: science and technology, natural histories, geology, and world culture. The two buildings retain distinctive characters; the Museum of Scotland is housed in a modern building opened in 1998, while the former Royal Museum building was begun in 1861, and partially opened in 1866. Sixteen new galleries opened in 2011, which include 8,000 objects, 80 per cent of which were not formerly on display. One of the more notable exhibits is the stuffed body of Dolly the Sheep, the first successful clone of a mammal from an adult cell. Other highlights include Ancient Egypt exhibitions, one of Elton John’s suits and a large kinetic sculpture called the Millennium Clock.

Edinburgh Castle is a historic fortress which dominates the skyline of Edinburgh from its position on Castle Rock and is Scotland’s most visited site. Archaeologists have established human occupation of the rock since at least the 2nd century, although the nature of the early settlement is unclear. There has been a Royal Castle on the rock since at least the reign of David I in the 12th century and continued to be the Royal residence until the Union of the Crowns in 1603. From the 15th century the castle’s residential role declined, and by the 17th century it was principally used as military barracks, with a large garrison. Its importance as a part of Scotland’s national heritage was increasingly recognised  from the early 19th century onwards, and various restoration programmes have been carried out ever since. Research undertaken in 2014 identified 26 sieges in its 1100-year-old history, giving it a claim to having been, “The most besieged place in Great Britain and one of the most attacked in the world.” Few of the present buildings pre-date the Lang Siege of the 16th century, when the medieval defences were largely destroyed by artillery bombardment. The most notable exception is St Margaret’s Chapel from the early 12th century, which is regarded as the oldest building in Edinburgh. The castle is also the backdrop to the Edinburgh Military Tattoo which brings in over a million visitors every summer. 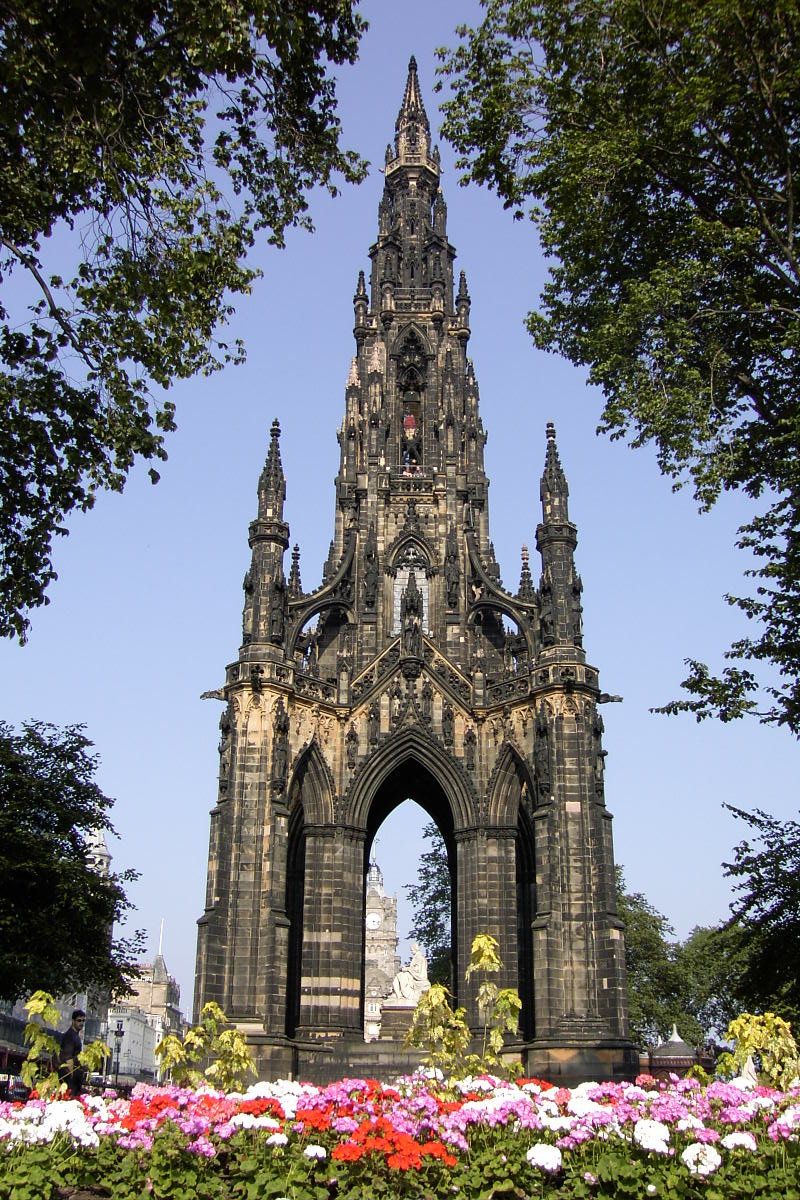 The Scott Monument is a Gothic Victorian monument designed by John Steell, and is dedicated to the Scottish author, Sir Walter Scott. The monument which was completed in 1841, is the largest monument to a writer in the world and sits next to Edinburgh Waverly station, which is named after Sir Walter Scott’s novel, Waverly. The monument carries 64 figures from Scott’s novels by a variety of Scottish sculptors including: Alexander Handyside Ritchie, John Rhind and William Brodie. The tower is 200 feet, 6 inches tall, and has a series of viewing platforms reached by spiral staircases giving panoramic views of central Edinburgh. The highest platform is reached by a total of 287 steps, and if you reach the top, you get a certificate commemorating your achievement. 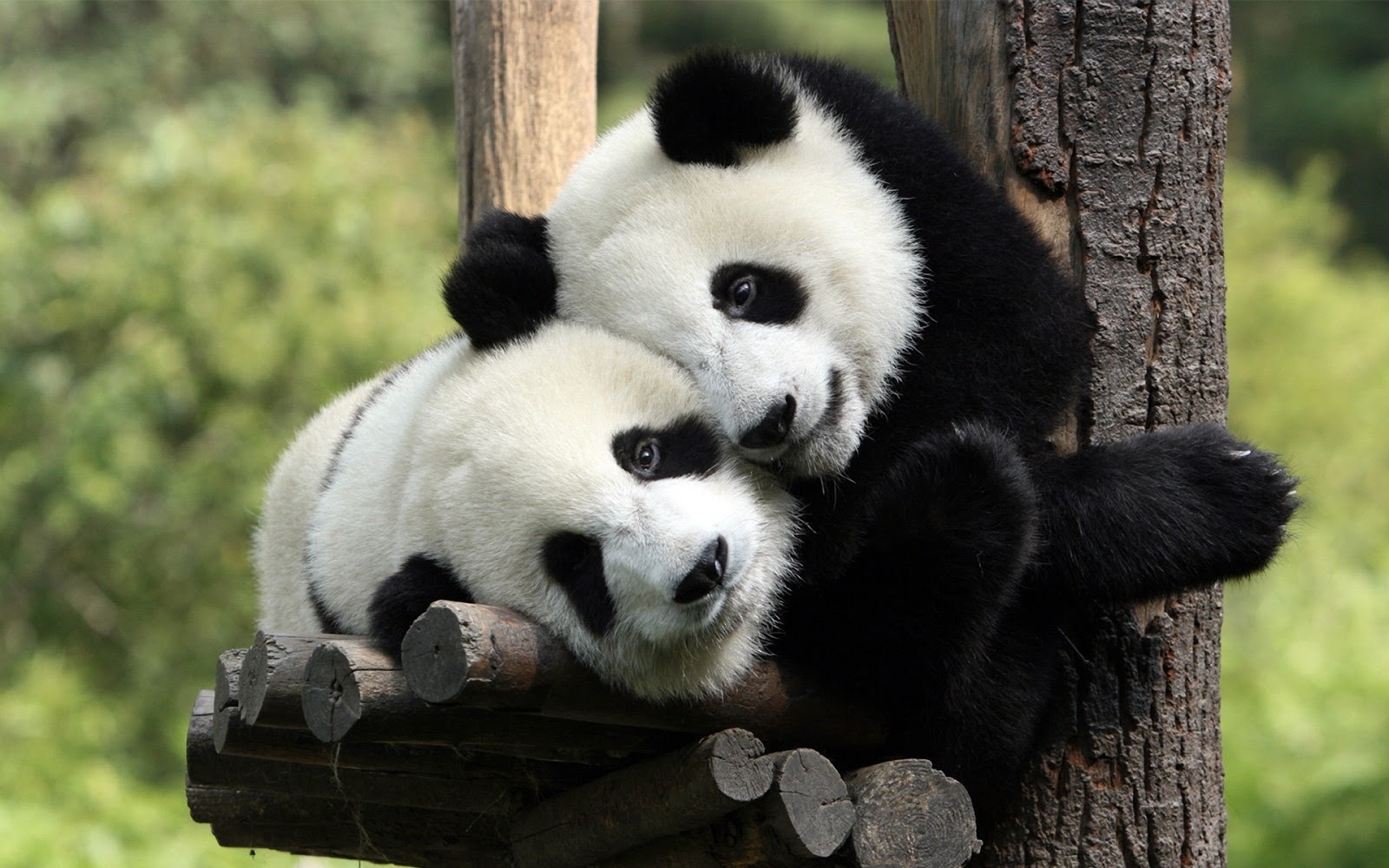 Edinburgh Zoo, formerly the Scottish National Zoological Park, is an 82-acre facility that was built in 1913. As well as catering to tourists and locals, the zoo is involved in many scientific pursuits, such as the breeding of endangered animals and researching into animal behaviour. Edinburgh Zoo was the first zoo in the world to house and breed penguins. It is also the only zoo in Britain to house koalas and giant pandas. The zoo houses many animals including reptiles, a tiger, zebras and chimpanzees. After the Edinburgh Castle it is the second most visited attraction in Edinburgh with an entry fee. 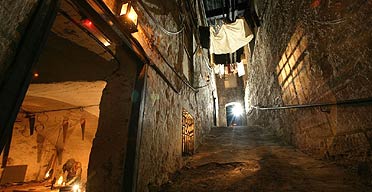 Mary King’s Close is a historical close  in the Old Town of Edinburgh. It got its name from Mary King, the daughter of advocate Alexander King, who in the 17th century had owned several properties within the close. Over the centuries, the close developed a reputation for the supernatural due to its history of plague, family scandals and murder. In the 1990s, the close was opened up to research and it was discovered that several streets with a definitive history existed within and beneath the close. In recent years it has been opened up as a tourist attraction that mixes history with haunting stories.

Dynamic Earth was opened in 1999 as one of the first major projects supported by the Millennium Commission. It is a science center that seeks to enhance the public’s understanding of the world’s natural and scientific past, present and future.

THE NATIONAL GALLERY OF SCOTLAND

The Scottish National Gallery was first opened to the public in 1859. The gallery houses the Scottish national collection of fine art, including Scottish and international art from the beginning of the Renaissance up to the start of the 20th century. The origins of Scotland’s national collection lie with the Royal Institution for the Encouragement of the Fine Arts in Scotland, founded in 1819. Additional basement galleries were constructed in 1970. In the early 21st century, the Playfair Project saw the renovation of the Royal Scottish Academy Building and the construction of an underground connecting space between the Gallery and the Academy Building.  The new underground space was opened as the Weston Link in August 2004. Designed by John Miller and Partners, the link, now known as the Gardens Entrance, provides a new access from Princes Street Gardens and contains a lecture theatre, education area, shop, restaurant and an interactive gallery. The research facilities at the Scottish National Gallery include the Prints and Drawings Collection of over 30,000 works on paper. The Research Library covers the period from 1300 to 1900 and holds approximately 50,000 volumes of books, journals, slides, and microfiches, as well as some archival material relating to the collections, exhibitions and history of the National Gallery. Key artists displayed by the gallery include: Gian Lorenzo Bernini, Sandro Botticelli, Gerard David, Edgar Degas, Francisco de Goya, Claude Monet, El Greco, and Rembrandt. 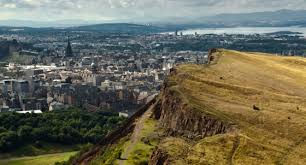 Arthur’s Seat is the main peak of the group of hills which overlook Holyrood Park. It is part of an extinct volcanic rock which has existed for 350 million years and is 822 ft high. Arthur’s Seat is surrounded by beautiful scenery and once at the top, there are great views of Edinburgh and the surrounding area. 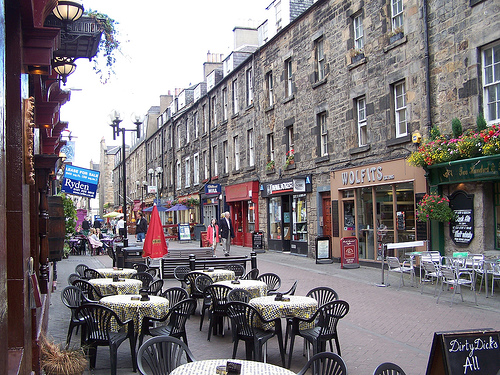 Rose Street is in the New Town of Edinburgh. It is a narrow street running parallel between the prominent Princes Street and George Street, and was formerly used as a service entrance to the houses on those roads as well as local shops and servants’ quarters. However, today it is home to many nationally acclaimed pubs and restaurants with modern and historical designs.

The Grassmarket is a historic market place in the Old Town of Edinburgh and is recorded in the arts as far back as 1477. As a gathering point for market traders and cattle drovers, the Grassmarket was traditionally a place of taverns, hostelries and temporary lodgings, a fact still reflected in the use of some of the surrounding buildings. In the late 18th century, the fly coach to London, via Dumfries and Carlisle, set out from an inn at the Cowgate Head at the eastern end of the market place, and this brought international travellers to the Grassmarket. The site was also a public place of execution and can be seen from a specific room in the Castle, which overlooks the market, where the monarch watched traitors being hung. There are many pubs named in the market after notorious criminal cases. The market is now home to various independent shops, traditional trade shops, pubs and cafes, all of which provide a historical taste of Scottish culture.

The Kelvingrove Art Gallery and Museum is the most visited museum in Britain outside of London. The construction of the building began in 1881 and was completed in 1901. It sits in the Kelvingrove Park and is next to the beautiful University of Glasgow in the West End. The museum’s collection has some of the best examples of armour in the world and exhibits of natural history. The art collection includes many European artworks, including works by the Old Masters such as: Rembrant van Rijn, Gerard de Lairesse and Claude Monet.

The Glasgow Science Centre which opened in 2001 is in the top five most popular science centers in Britain. It has various exhibits and interactive facilities to encourage people of all ages to learn more about the concepts behind science. 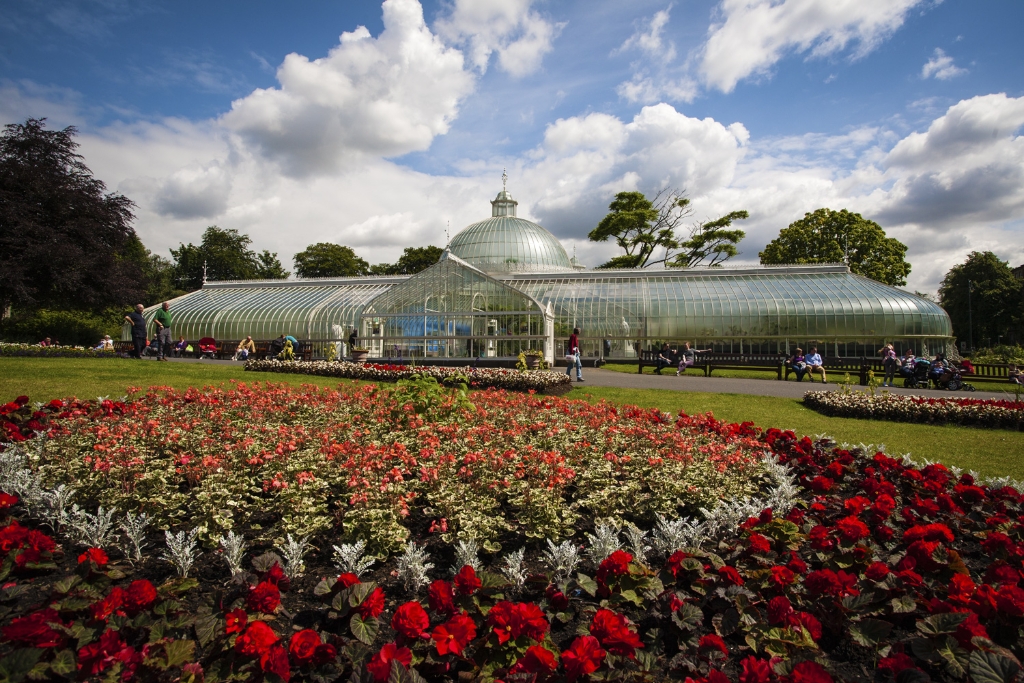 The Glasgow Museum of Transport was established in 1964, and in 2011 the collection was moved to the Riverside Museum building at the Glasgow Harbour. It has many exhibits of transport including an original Glasgow tram, an Edwardian bus, cars, and a Victorian street with a horse and cart. 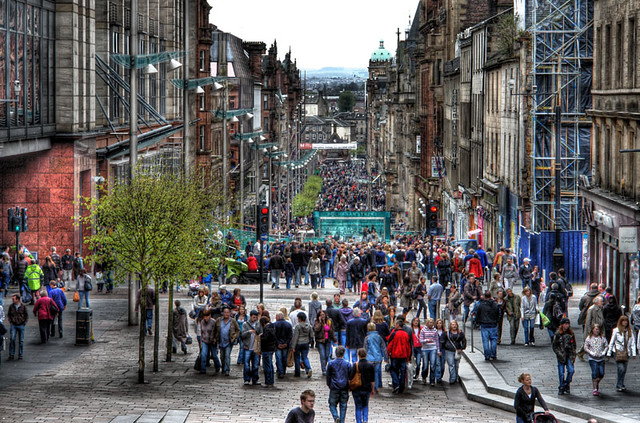 Buchanan Street is a lengthy street in Glasgow and is the main shopping street in Scotland. It has a variety of high street and upmarket shops and is connected to two other prominent shopping streets, Argyle Street and Sauchiehall Street.

Glasgow Cathedral, also called the High Kirk of Glasgow, St Kentigern’s or St Mungo’s Cathedral belongs to the Church of Scotland. The cathedral is from the 12th century and has witnessed much of Scotland’s Christian history. Technically, the building is no longer a cathedral, since it has not been the seat of a bishop since 1690. However, like many other pre-Reformation cathedrals in Scotland, it is still a place of active Christian worship, hosting a Church of Scotland congregation.

The Hunterian Museum which opened in 1807 is the oldest museum in Scotland. It covers The Hunterian Museum, The Hunterian Art Gallery, The Mackintosh House, The Zoology Museum and The Anatomy Museum, all located in various buildings on the campus of the University of Glasgow. It is used for both international research and public interest. Glasgow’s West End is a district of cafés, tea rooms, bars, boutiques, upmarket hotels, clubs and restaurants. It encompasses the Kelvingrove Park, the University of Glasgow, the Glasgow Botanic Gardens, the Scottish Exhibition and Byres Road. The spire of Sir George Gilbert Scott’s Glasgow University, is the second largest Gothic Revival building in Britain and can be seen for miles.

Finland: the happiest country in the world

Places you must visit in Stirling