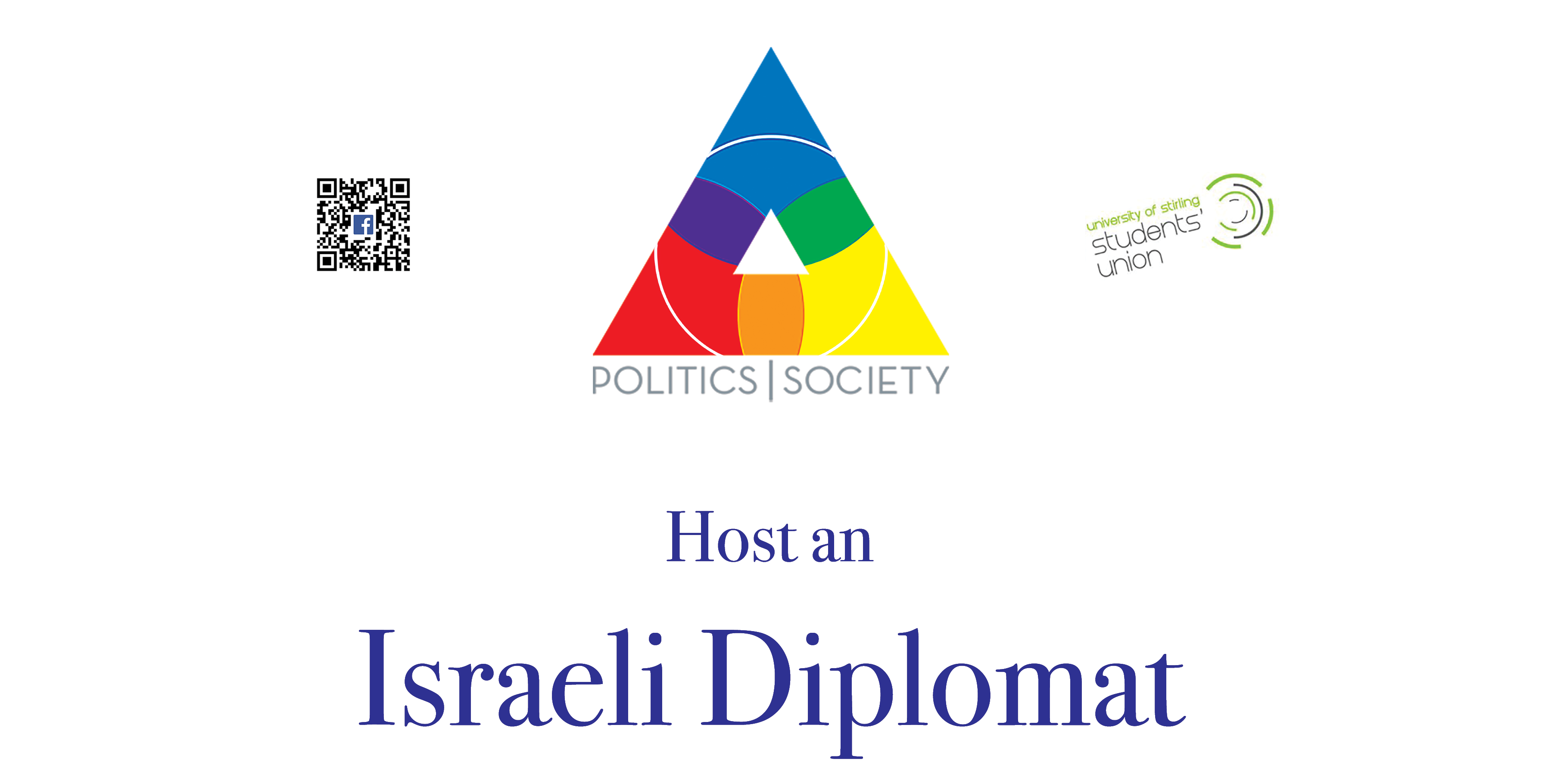 Stirling University Politics Society is facing criticism over their decision to host an Israeli diplomat at an upcoming debate.

PolSoc will host a ‘high government official’ from Israel on March 8th. The event will be a debate on issues such as the Iran nuclear deal, which PolSoc say the diplomat is an ‘expert’ on.

The decision to host the event has caused contentious debate amongst students and student organisations.

Vocal critics of the event include RISE, a Scottish left wing alliance contesting in May’s Holyrood elections, who have expressed ‘deep concern’ over the debate taking place.

Through the unofficial group ‘RISE Stirling University Society’, RISE have released a statement condemning PolSoc’s decision to go forward with the event:

“By hosting this speaker, Stirling University Politics Society risk normalising and legitimising relations with Israel which is inappropriate as long as its crimes against the Palestinians continue. As an ambassador of the Israeli government, the speaker is an ambassador of the apartheid regime and this event is in danger of providing a platform that could be used to support crimes against humanity.”

A ‘peaceful protest’ is planned at Stirling University atrium on March 8th.

PolSoc have since responded to the backlash that they have received. Ewan Gillispie, Politics Society Publicity Officer, spoke to Brig:

“I personally admire the protest’s principles, as they are standing up for what they consider a major political and humanitarian issue. But the Politics Society is politically neutral and dedicated to critical, unbiased discussion on global Issues, many of which are naturally divisive and contentious. [PolSoc] also highly values free speech.

Therefore, I think the society’s commitment to allowing this individual to give their voice on an issue (especially one important as the Iranian Nuclear deal) without dismissing the speaker based on their background, is to be encouraged and supported by all students.”

He added: “Protesters argue that hosting the diplomat risks normalising or even supporting the regime that the diplomat is part of, but a neutral and balanced platform of discussion, in fact, does the opposite by opening it up to criticism.

It also shows faith in the ability of students to hold and form their own views.”

An unnamed source within PolSoc also spoke to Brig, calling efforts to cancel the debate a ‘total disgrace’.

“For a start, it’s bad for a society to mess with the affairs of other clubs and societies.

Secondly, the whole point of the event is to encourage debate and discourse. The SSP (and RISE) have no right to try and shut that down.”

The University of Stirling has also agreed to a full fee waiver for the Palestinian student.

For security purposes, the identity of the diplomat and the venue of the debate have yet to be disclosed.