The 20 part BBC One drama, Dickensian is now over, and what a marriage of precious classics and experimental modernity it proved to be.

The series which began in December last year and which finished in early March, was directed and written by a large team, including Tony Jordan, who has contributed to the award winning television soap, EastEnders.

This recent Victorian based soap takes the lives of various Dickens characters from a selection of his most famous novels, including: Bleak House, A Christmas Carol, The Old Curiosity Shop, Great Expectations, Our Mutual Friend and Oliver Twist, and placed them in a new collaborative story which unfolds in the grim heart of old London town.

The characters are almost entirely true to Dickens’s own creations, all that Tony Jordan has done, (apart from mixing the characters of various books into one story), is create fictitious bridging relationships between the characters of the books, as well as playing on and developing the back stories that Dickens alluded to in the original narratives.

For example, the series follows Honoria Barbary (Sophie Rundle) as she loses the innocence of youth and parts with her baby Esther, a narrative element which is central to the novel, Bleak House. However, the actual novel starts when Esther is a twenty year old woman and Honoria is now the depressed and forlorn Lady Dedlock. Similarly, Amelia Havisham (Tuppence Middleton) comes into the series as an alluring and stable young woman, and she meets the man who is to drive her into madness and create the unforgettable future Miss Havisham of Great Expectations.

However, back to the time and place of the series. So, Dickensian opened with the murder of Jacob Marley (Peter Firth) and the morally conscious Inspector Bucket (Stephen Rea) enters the scene to try and catch his killer. But as fingers begin to point, dark and unsavoury secrets spill out, and Bucket has to work out who hated Marley enough to see him dead. The only problem is that just about everyone around really did despise Marley that much. So the question is, who is the mystery man…or woman? 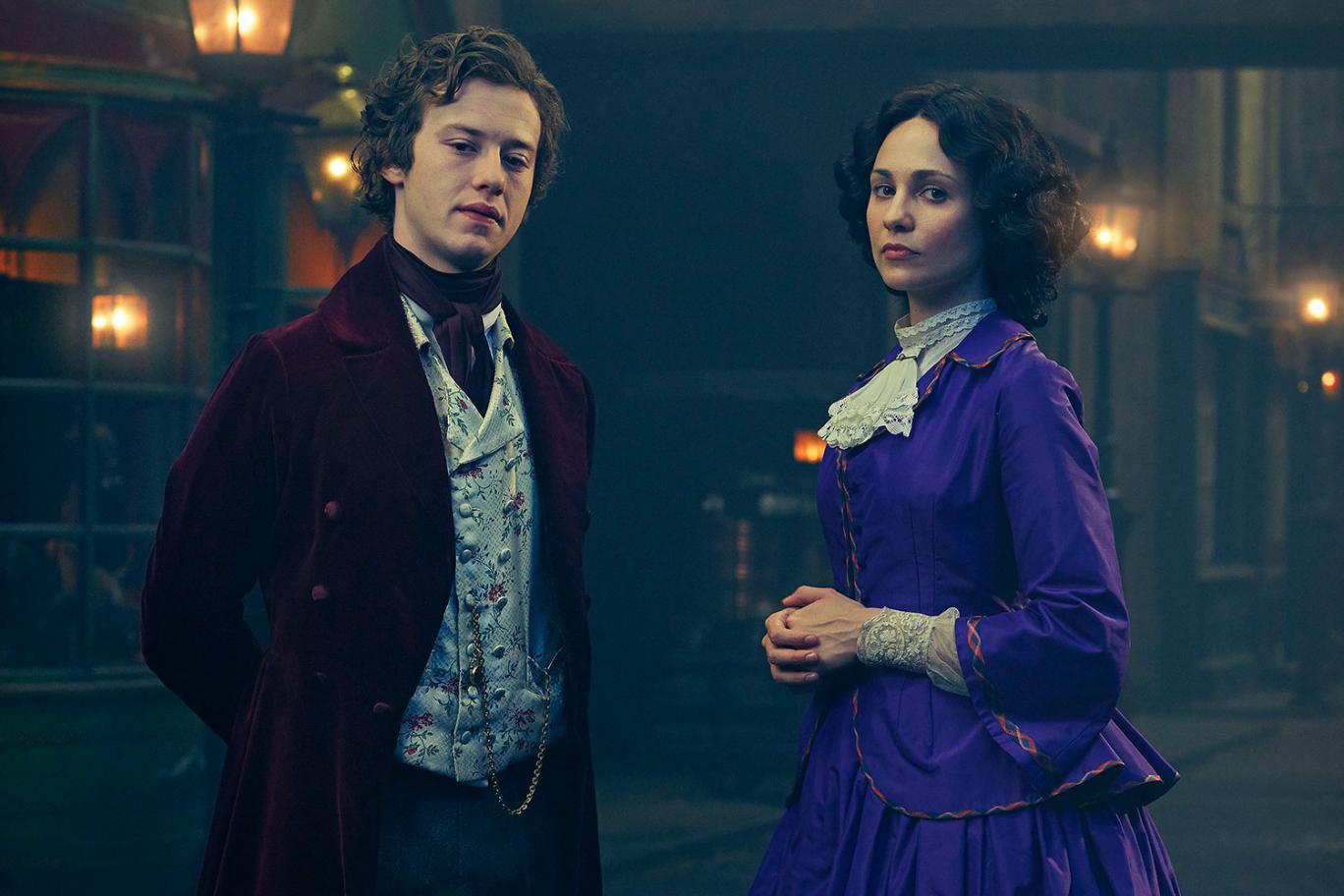 But a grisly death is not the only narrative thread in this series, as the audience waited with anticipation as the slick and slimy Meriwether Compeyson (Tom Weston-Jones) attempted to woo the wealthy and bold Amelia Havisham. As the episodes drew to their conclusion, his devious plans became more deliciously foul and Arthur Havisham (Joseph Quinn) realises that he has unleashed a monster upon his family. We all waited and wondered if someone would finally come along at the last minute and stop the conniving Compeyson before he left Amelia penniless and broken-hearted forever.

But at the same time, there is the tragic story of Honoria Barbary as she is forced to part from her love, James Howdon (Ben Starr) and lose her baby daughter. But all is not as it seems, as Honoria’s fate appears to be the result of very bad luck, but behind the scenes her jealous and vicious sister Frances (Alexandra Moen), is pulling all the strings and turning her pretty sister’s world from a fairy-tale to a nightmare.

But not everything is tragic in this series, as there is plenty of comedy and cheer thrown in by Mrs Gamp (Pauline Collins), Bob Cratchit (Robert Wilfort), Emily Cratchit (Jennifer Hennessy), Mrs Bumble (Caroline Quentin), Mr Bumble (Richard Ridings), Fagin (Anton Lesser), Bill Sikes (Mark Stanley) and Nancy (Bethany Muir). Once again, it was fascinating to see how Jordan managed these characters and moulded them into fresh and exciting players in a modern drama that still maintained its roots. There was a strange feeling inside as I knew the future fate of these blessed or cursed characters and it was interesting to feel sorry for them as they went about their day, not knowing their destines, but waiting for Dickens to pen their ultimate roles.

Dickensian has been an excellent series. In every respect, it has taken the old and mixed it with the new, and come out with a remarkably authentic and stable result. A great deal of attention and research has been put into this series, as the stories, characters and fundamental themes of Dickens was preserved with evident care. But at the same time, the series had a singular and refurbished twist that made it exciting from so many angles, such as that of entertainment, arts, history and sociology.

The presentation of the series was also up to scratch. The costumes, sets and lighting emphasised the tones of the scenes and the genre of the adaptation. The impoverished times of Victorian inner city London was depicted through the costumes and sets. The lighting and camera angles played on the moods, drama and the power struggles between characters with opposing natures.

Dickensian was an incredibly large and complex project for the BBC to take on, and one which had so many traps to fall into and a considerable audience to disappoint. However, its success was a testament to how Dickens’s literature can be taken and adapted at any point in time and through any medium, and its originality and chemistry will not taint the vibrant legacy of his classical work. I enjoyed every minute of Dickensian and I am left looking at my television and saying, “Please sir, I want some more.”