Brig’s Stuart Graham talked to Bella Figura when he played at Stirling University on the final day of his Coffee House Sessions Tour, read what he had to say below! 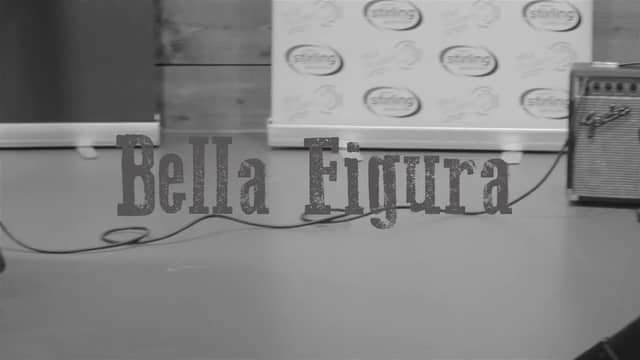 So how has the coffee house tour been for you so far then?

“It’s been really interesting. I don’t play much on my own. I’ve always been in band and stuff so it’s been a little bit difficult sometimes to try and get across what the band do on my own. I can’t really do the same stuff; no guitar solos for example, that’s the main thing as we [as a band] do a lot of guitar solos. Some of the songs have hardly any lyrics, just a couple of verses and then the whole second half might be instrumental stuff. It does let me dig out some older songs and going more into the singer songwriter style, which has been working quite well and I’ve enjoyed it.”

Do you have any preshow superstitions or routines before you perform?

“We’ve just finished recording our third EP, one song is already online called Forever Lost. We are thinking that it’s going to be the Forever Lost EP, building the EP around that track. The next single will be out in a month. Then another EP out end of April/early May. Then gonna try get touring and try book some gigs up here, we going to be in Edinburgh on the 31st of March.”

When did you know music is what you wanted to do in life?

“I was pretty young, I think. I got a guitar when I was 11. Before that I played piano at school. I enjoyed music but thought piano was a bit boring, I didn’t enjoy the grades and that kinda stuff. So I switched to guitar and started having a lot of fun with music. That opened me up to new music; my guitar teacher would tell me to go and buy stuff, like Rage Against The Machine and I learned all of those. I could play like anything from there.”

Who would you say are your main influences in music are then?

“Obviously at the time, Rage Against The Machine were huge to me. And like Eric Clapton which are two quite different artist with two very different ways of playing guitar. You’ve got the massive big riffs from Rage Against The Machine, then Eric Clapton is more like classic bluesy stuff, more intricate pieces. Being into both was great, but also realising you can learn these riffs, you hear these amazing things on a CD and being able to say “I can play that too”. So that’s kinda cool.  So turning that into a career is a whole other thing; I guess that wasn’t until a few years later when thinking about universities and stuff. Turning round and saying “I don’t want to go to university, I want to be a musician.”

Out of your whole set, what is your favorite song to play live?

“It really changed. We did a couple of gigs last week, having just recorded the new EP so all the new songs felt really great. Having drilled them in the studio we were really tight at playing them as well. So it’s great fun to play all the new stuff. The next single, Demon in The Dark, is a favourite of ours at the moment. There are also a couple more bits on the EP we are really excited to play and we are just so proud of the whole thing. One track is just instrumental, being purely self indulgent. So there’s something for everyone.”

The Coffee House Sessions Tour comes to Stirling every Friday at 1pm in Venue. Next week the artist playing is Stevie Appleton.

Donald Trump, Fox News and a history of violence