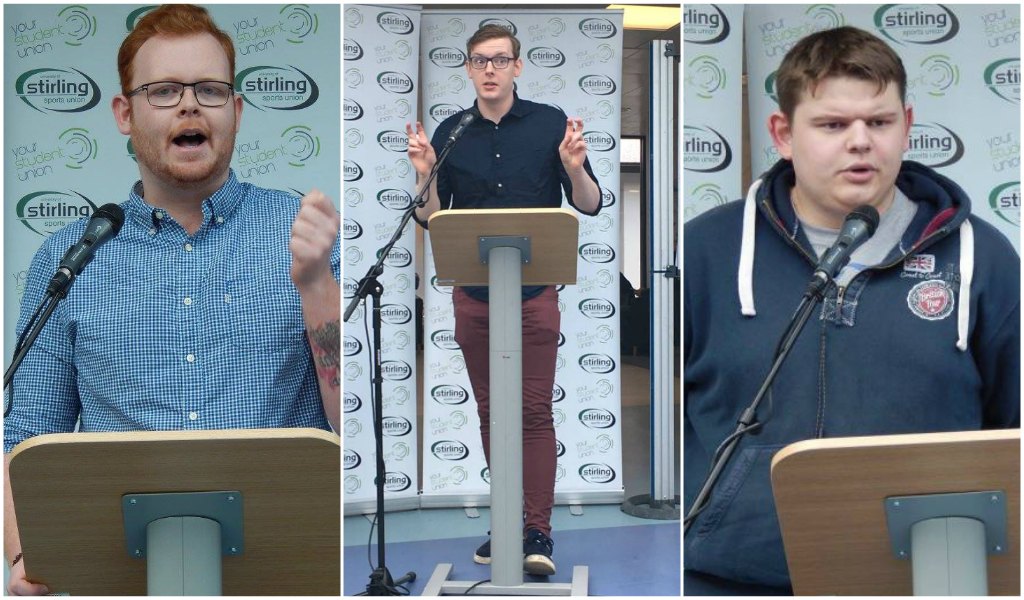 During Tuesday’s election hustings, candidates were questioned on the importance of a Union president upholding political neutrality.

All three candidates would go on to stress the importance of remaining neutral.

Today, Craig Forsyth, a member of Scottish Greens and co-convener of Stirling University Greens, released a statement pledging his commitment to political neutrality.

I would like to pledge now that, if elected, I would approach the Union President position in a politically neutral stance. Those of you who know me well know that I can be opinionated and involve myself in many pressing issues of the modern day political climate. However, I will not allow this to cloud my judgement on union matters. During this election, I am standing as a candidate who will fight for student welfare, not the advancement of a party political movement. I stand for a mandate on rent reform, a better union, increased awareness of mental health, and several other points which can be read about in my manifesto. I am not standing to advance my stances on Palestine, Trident, Scottish independence, or any other political issues. My campaign revolves around the union, and if I am elected I will remain solely focused on the union. I will never claim to represent the views of all students on wider political issues, and will strive to keep my personal political leanings separate from my role in the union.

Dave Keenan, who does not belong to a political party but calls himself a socialist, followed suit with a ‘promise’ to be neutral. “Students from all and no political backgrounds have volunteered to ensure that I am elected Union President. I am fighting a union election, not a general election.

“I am fighting this union election because I am passionate about the issues which directly affect students at our university.”

He added: “This isn’t socialist rhetoric. These are policies moulded by my interactions with fellow students. I am a student, fighting on behalf of students and I will continue to do that to the best of my abilities.”

Speaking to Brig, Alex Frost reaffirmed his commitment to neutrality: “The position of president cannot be partial to political ideology and expect to represent the students one is appointed to.”

“There is no room for ideology other than that to further the welfare of the student body. Whilst I am a student of politics, I have maintained that the best path to solving an issue is to hear all perspectives before proceeding to implement an apt solution.

[Neutrality] is expected of candidates, much like their opposition to rising accommodation prices. It should go without saying.”

The candidates will meet tomorrow night in Venue for Alternative Hustings.