This March, the final episode of the ITV series, Mr Selfridge, aired and the nation said goodbye to Harry and his store.

The series which has lasted for over four years follows the American businessman, Harry Selfridge (Jeremy Piven) as he opens the famous London department store, Selfridges in 1909 and his controversial personal and work life in the years to come.

This final series was set in 1928 and was enthralled in the loud and chaotic era of jazz and gambling. However, unlike the other series, where Harry is depicted as a confident and talented entrepreneur with energy and zeal, this series watches his decline into a lethargic older man, out of this depth in the changing times.

During the last series, Harry is struggling with his identity as an aging man, and he becomes entangled with the mischievous and childish dolly sisters (Emma Hamilton and Zoe Richards). But even although the girls may be beautiful and popular, they drain Harry of his time and money and create scandals that rock his reputation. At the same time Mae (Katherine Kelly) comes back into his life and provides that old hand of friendship and guidance that Harry sorely needs. But things go from bad to worse for our Mr Selfridge as he has a near fatal accident, loses mountains of money and enters into dubious business deals, much to the concern of his son, Gordon (Grey Austin).

At the same time, Mr Grove (Tom Goodman-Hill) is struggling with his newly discovered and progressive cancer, and Miss Mardle (Amanda Abbington) comes back into his life for good. Mr Grove’s daughter, Meryl (Lottie Tolhurst) struggles with her adult identity and decides to work at the store against her father’s wishes and make her mark as a saleswoman.

Kitty (Amy Beth Hayes) and Frank Edward’s (Samuel West) relationship is on the rocks as they decide whether to have a baby and hold their marriage together or break apart and pursue their own dreams. This storyline touches on the concept of female empowerment in the late 1920s and the issues career women like Kitty faced when they chose work instead of having a family, and their social inability to have both.

And last but not least, the series says goodbye to Victor Colleano (Trystan Gravelle) as he is killed by the jealous and devious Jimmy Dillion (Sacha Dhawan), who so happens to be Harry’s newest and most influential friend.

Overall the latest series offered a stark change. It was more tense and agitated than the previous series. Instead of focusing on the powerful and showbiz like man that Harry once was, it turned its attention to his decaying status and empire. It wasn’t balanced with the same joy and pizazz of the past, but was much more ominous. However, this was in keeping to the story of Harry Selfridge, as in his later years, he did lose most of his money and his position in high end society. But luckily, the series didn’t close with Harry’s tragic end, but decided to conclude in the earlier days of his decline, as he ceased being the director of the store and remained as chairman. The final scene was a tearful one as Harry bade farewell to his faithful friends and employees as they all stand beneath the banner which announces the store’s 20th anniversary the following day.

Mr Selfridge, which has had four series, has been a high quality journey of entertainment and historical exploration. Its incorporation of solid characters and inviting stories has provided a strong relationship between comedy and sincerity. It has also followed some poignant historical events such as the development of the department store, female suffrage, the Great War, evolutions in technology, and the general subtle but dramatic changes between the early decades of the 20th century. It will be a series that will be missed and one which has enriched ITV for four years. 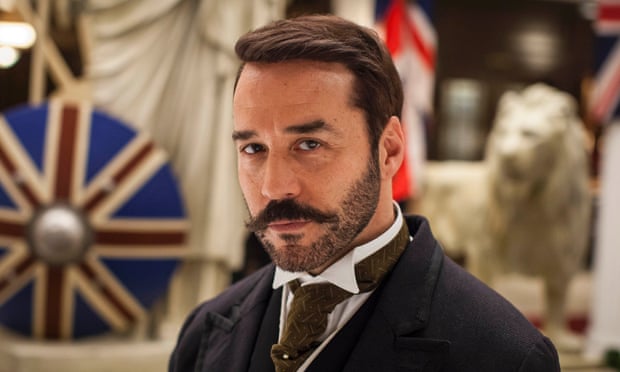 Where to watch the Conservative Party Leaders TV debates