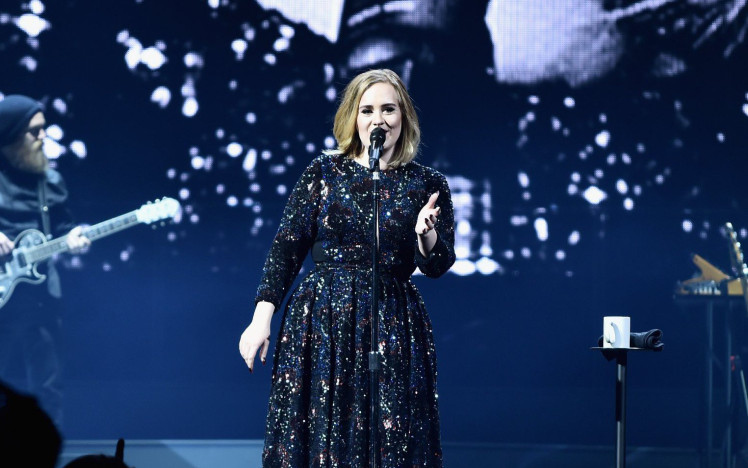 The voice of a generation. It’s a term that gets brandished about far too often, but having witnessed Adele live for the first time it rings particularly true.

With a set that spanned nearly two and a half hours, she performed the majority of tracks from her latest album 25 as well as all of the biggest hits from her back catalogue including Rumour Has It, Rolling in the Deep, and Chasing Pavements.

Going in, I’m not going to lie, I had no idea what the atmosphere would be like at an Adele concert but it really had it all from epic sing-alongs to grand stage production and despite all that she managed to make a 13,000 capacity venue feel strangely intimate. For the majority of the show she was on a tiny diamond-shaped stage with a spotlight on her and the main stage behind her used for the live band and backing singers.

Opening, very fittingly, with Hello, the crowd was already putty in her hand as she rose from beneath the B-stage in the middle of the audience as stunning visuals were projected onto a screen which covered the main stage. She then went on to sing Hometown Glory with shots of different landmarks in Glasgow showing on the screen behind her, which brought a nice personal touch to the song for this audience.

One of the most special moments of the night, though, was when she asked the audience to raise the torches on their phones in the air whilst singing Make You Feel My Love in tribute to the victims of the Brussels terror attack.

In addition, one of the most spectacular moments was whilst she sang Set Fire to the Rain surrounded by a wall of water falling around her.

But it’s not just a concert you get going to see Adele live, you also get a stand-up comedy gig so it’s almost like two for the price of one. There were times where the audience were in absolute hysterics as she told stories about everything from her family to her upcoming headline slot at Glastonbury and even pulling fans up on stage from the crowd. One moment that had me crying with laughter was where she brought up a fan with an Adele tattoo (he couldn’t have fan-girled harder if he’d tried!).

All of this just adds to her charm. Not only does she have one of the best singing voices ever but she is still just a normal woman at the end of the day with an evil cackle of a laugh and a wicked sense of humour.

An evening with Adele is certainly an evening I’ll never forget, with her beautiful songs having me near tears at one moment and then her chinwags with the audience having me crying with laughter the next.