The University has undergone research into the emotional state of adolescence in todays society, which has highlighted that suffering for problems is an important risk when looking at future employment.

Over 7,000 Americans were examined over a 12-year period, in which the researchers found solid evidence that youngsters who experienced feelings of nervousness or depression more frequently than happiness or calmness were more likely to experience unemployment in their early adult years.

Statistics from the research show that adolescents aged between 16 and 20 had a 32% higher chance of experiencing difficulty finding employment in the early workforce. This trend then held up when comparing those individuals facing distress to non-distressed siblings, implying that emotional problems are a big factor even among siblings in the same situations.

The study also found that during the period of 2007-2009, the impact of psychological distress on job prospects increased due to the Great Recession as many with emotional issues suffered greatly in that time frame.

Mark Egan of the Behavioural Science Centre at the University of Stirling said: “These findings provide strong evidence that distressed adolescents are vulnerable to unemployment and suggest that this vulnerability increased during the recent difficult economic period following the Great Recession.” Economic benefits could be gained by treating mental health issues in early life and the researchers called for investment in this area.

“Investing in childhood and adolescent mental health services could have economic benefits including reducing population-level unemployment. Widening access to effective treatments for early life distress could lead to large economic returns by helping individuals into employment and increasing their lifetime earnings”, says Egan. The study, conducted by Mark Egan, Dr Michael Daly and Professor Liam Delaney of the University of Stirling’s Behavioural Science Centre, used data from over 7,000 American adults, drawn from the National Longitudinal Study of Youth 1997, born in 1980 – 1984.

The study was funded by the Economic and Social Research Council, Skills Development Scotland, and the European Commission Marie Curie Initiative. 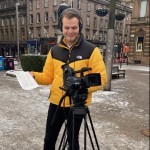