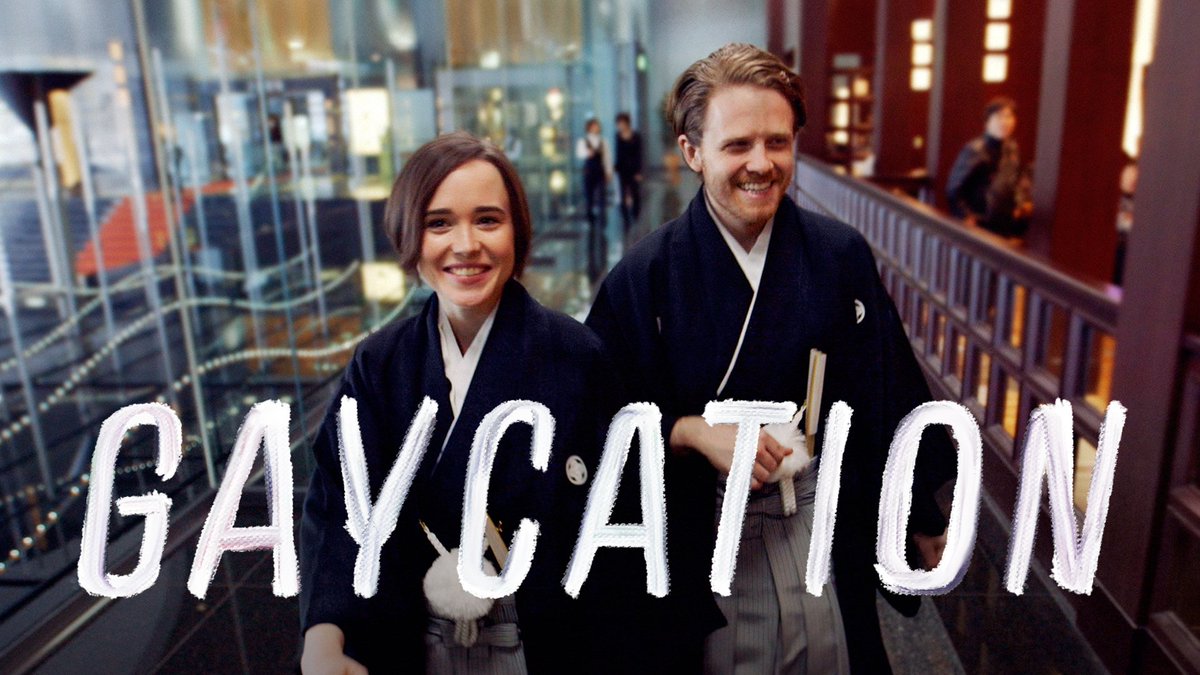 I’m sure not many people have heard of the online four-part series Gaycation, but having just completed the first series it seems clear that this show is going to change the world.

The show features Ellen Page and her best friend Ian Daniel as they travel to different locations around the globe and explore LGBT+ culture and homophobia within these diverse societies.

I haven’t been into LGBT+ documentaries for a long time but it strikes me that this show is doing things no one has ever attempted before.

Often when we think of queer culture, we simply limit ourselves to thinking about its prominence in Western civilisation (how they are represented in mainstream media, slurs used for members of the queer community, etc).

This show takes a refreshing angle by removing the presenters from what we know and placing them in an entirely foreign culture while still stressing how important focussing on the Western treatment of the LGBT+ culture is for moving forward.

The show  smoothly crosses so many different documentary formats.

Going from travel show, to investigative, to historical to raw emotional filmmaking we find ourselves constantly fascinated by discoveries our presenters make on their travels.

The first episode sees them travel to Japan and explore things like the market for homoerotic anime within the population as well as looking into the underground sub-culture of bars and clubs devoted to cross dressing and other queer culture.

One of the defining moments from this first episode was watching a young Japanese boy come out as gay to his mother with Ellen, Ian and an entire film crew in the room.

These parts kept the show at the great balance between intense emotion drama and fun entertainment viewing (with Ellen and Ian never shying away from joining in celebrations).

Episode two then saw the duo head to Brazil and join in the with the annual Carnival of Brazil celebrations while also exploring some of the historic violence towards the queer community.

The hosts looked into the paradoxical truth of Brazil having some of the most liberal LGBT+ rights laws yet also having the highest murder rates of queer people on the planet; the two then going on to meet a hitman who admitted to them killing gay and lesbian people simply because they “crossed his path”.

The third episode set in Jamaica sees the two investigate Rastafarian culture and homophobia that stems from this belief system. Reggae and Dancehall music was investigated by the due looking at the power it had in influencing homophobic culture.

The final episode in the series sees Ellen and Ian return to North America as they explore queer culture closer to home. They take a look at American LGBT+ history focusing on influential figures like Harvey Milk.

Another refreshing point in this final episode is the  perspective given Native American culture and their attitudes towards trans issues as well as sexuality.

I obviously am paraphrasing a lot of the important aspects of these episodes and have omitted a lot of incredible important stories that show how much the world still needs to change.

For me the show was incredible in jumping between dramatic scenes of loss due to homophobia (that had me in tears at several points during watching) and ‘it gets better’ stories that show the progress that is being made in certain parts of the world.

I feel like the only people I know who have watched this show are members of the LGBT+ community.

Whenever I ask those who aren’t queer if they have seen it they seem shocked that I am asking them, like I’m suggesting they are gay or something. I think too often people see LGBT+ issues as issues explicitly for those in the community, these issues are for everyone to deal with.

This kind of show should be more publicly broadcast, part of school syllabuses, and not just brushed aside as gay-interest TV.

Just thirty percent of young Scots have claimed a free bus pass, according to Scottish Labour…