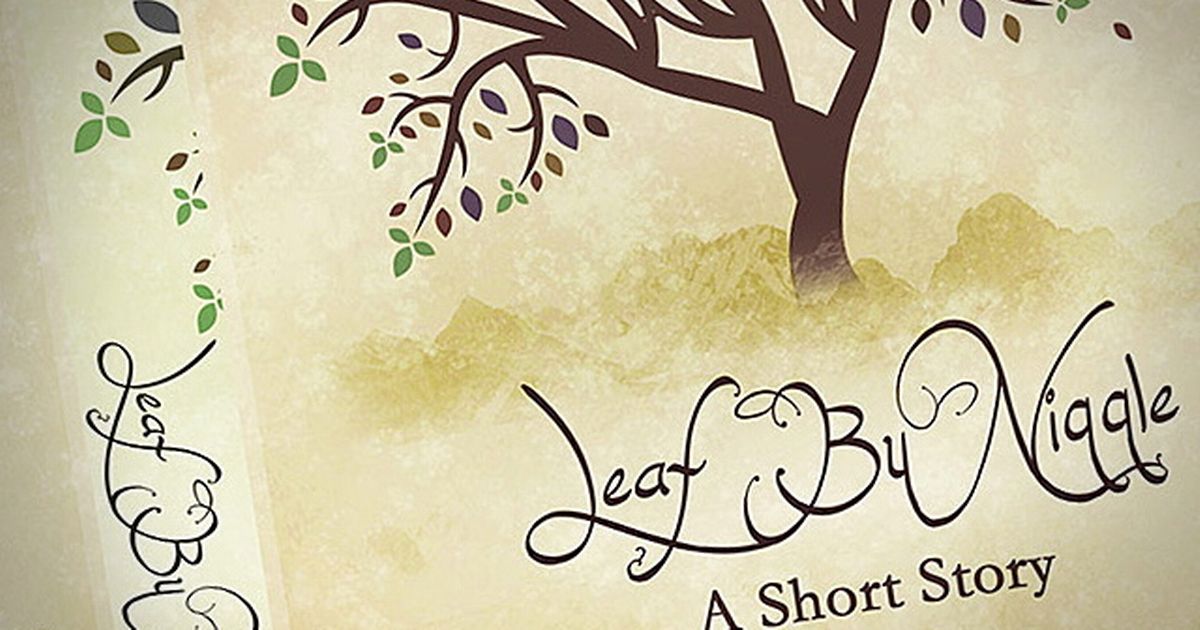 Leaf by Niggle is a short story written by J. R. R. Tolkien between 1938–39 and was first published in the Dublin Review in January 1945. It can be found in Tolkien’s book, Tree and Leaf.

In this short story, a man called Niggle is passionate about painting, and in particular, painting one very large tree. He  gives leaf of his tree obsessive attention, making each one uniquely beautiful.

However, there are many mundane jobs and duties that prevent Niggle from giving his work the attention it needs, so it remains incomplete.

At the back of his mind, Niggle understands that he has a great yet mysterious trip looming, and he must get ready for it. At the same time, Niggle’s neighbour, a gardener named Parish, is the sort of neighbour who always drops by and whines about the help he needs with this and that. And Niggle being the type of person who doesn’t like to let others down, decides to help every time.

But almost when his painting is finished, Niggle is finally forced to take that inevitable trip. He has not prepared therefore ends up in a kind of institution where he has to labour every day.

In time, he is allowed to leave and is taken to a place ‘for a little gentle treatment’. But he discovers that the new country he is sent to is in fact the country of the Tree and Forest of his great painting; the true realisation of his vision, not the flawed and incomplete form of his painting.

Niggle is reunited with his old neighbour, Parish, who now proves his worth as a gardener, and together they make the Tree and Forest even more beautiful. Finally, Niggle journeys farther and deeper into the Forest, and beyond into the great mountains that he only faintly glimpsed in his painting. 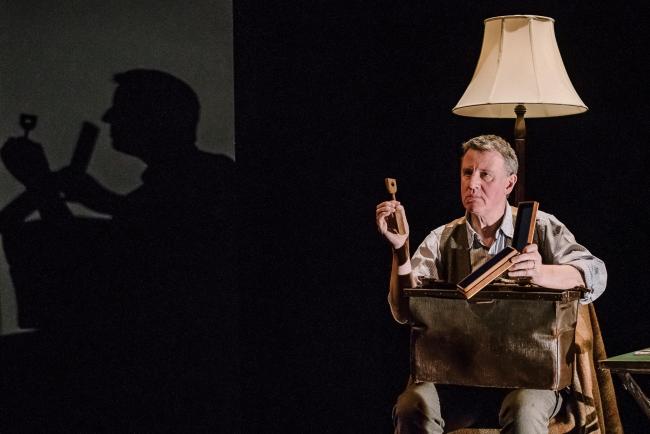 Long after both Niggle and Parish have taken their journeys, the paradise they made together becomes a place for travellers to visit before their final voyage into the mountains, and it earns the name “Niggle’s Parish.”

Richard Medrington and Andy Cannon’s treatment of this interesting narrative was truly intimate and connected to the unique story telling style of Tolkien. What was most intriguing, is that this is a story that has hardly ever appeared in theatre, and their handling was very exciting to see and felt like something Tolkien would approve of.

The stage was beautifully set with soft lighting, authentic antique props and items that had symbolic or story telling purpose. Medrington revealed the thrilling history of the items on stage and how they belonged to members of his family who lived during a remarkable period.

Medington performed the entire story on his own and took on the various characters and their voices with incredible versatility, believability and with a clear structure.

Even although this story is only short, it has a great deal of complex symbolism to it, that is important to talk about. There is no defined analysis of its themes and narrative as Tolkien didn’t believe in giving readers a singular or narrow philosophical frame in which to work. Therefore, it is fascinating to consider what Leaf by Niggle is all about.

A religious reading of Leaf by Niggle could lead to the conclusion that the journey represents: death, purgatory and then paradise. In this allegorical view, Niggle is not prepared for his unavoidable trip, as people are often not prepared for death.

But Leaf by Niggle can also be interpreted as an illustration of Tolkien’s personal religious philosophy of creation. In this philosophy, true creation is the exclusive authority of God, and those who aspire to create can only make echoes (good) or mockeries (evil) of truth. Physical and metaphorical representations of good and evil can also be seen in his other works such as The Lord of the Rings series.

An autobiographical interpretation places Tolkien himself as Niggle — in everyday matters as well as spiritual ones. Tolkien was compulsive in his writing, his revision, his strive for perfection in writing and in the creation of his fantast world. He was obsessive about developing: its languages, its chronologies and its logic. Like Niggle, Tolkien came to abandon other projects or pull them onto his “Tree,” which became Middle-earth. Like Niggle, Tolkien faced many chores and duties that kept him from the work he loved; and like Niggle, Tolkien was a horrible procrastinator.

We may never know exactly what Leaf by Niggle is truly about. However, it is a very intriguing narrative, especially for one that is so short. Its story and characters have a quaint charm to them which is rarely found elsewhere. And Richard Medrington and Andy Cannon have created a splendid piece of theatre from this infant work, which delves into the holistic literary world and philosophical mind of Tolkien. 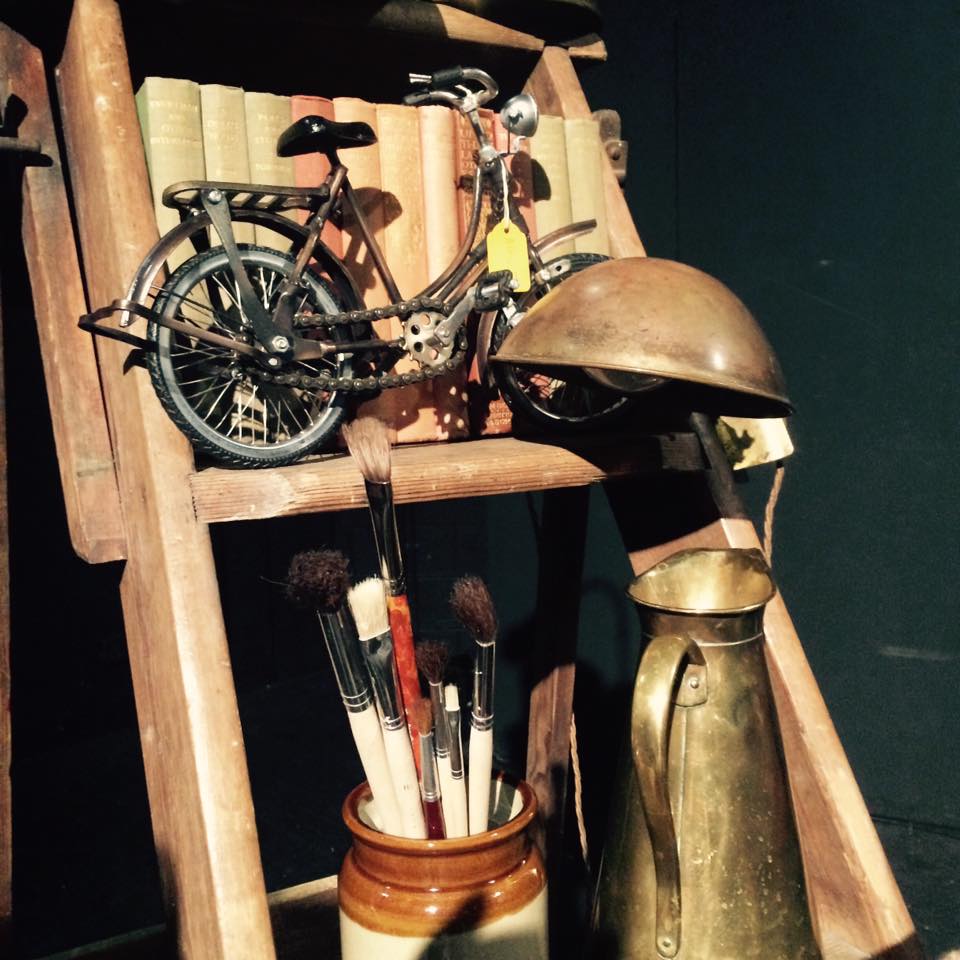 (Picture of part of the set, taken by Caroline Malcolm)

Film Review: The Man Who Knew Infinity shows British cinema at its best

Brig is giving away two tickets to the Guinness Pro12 final!