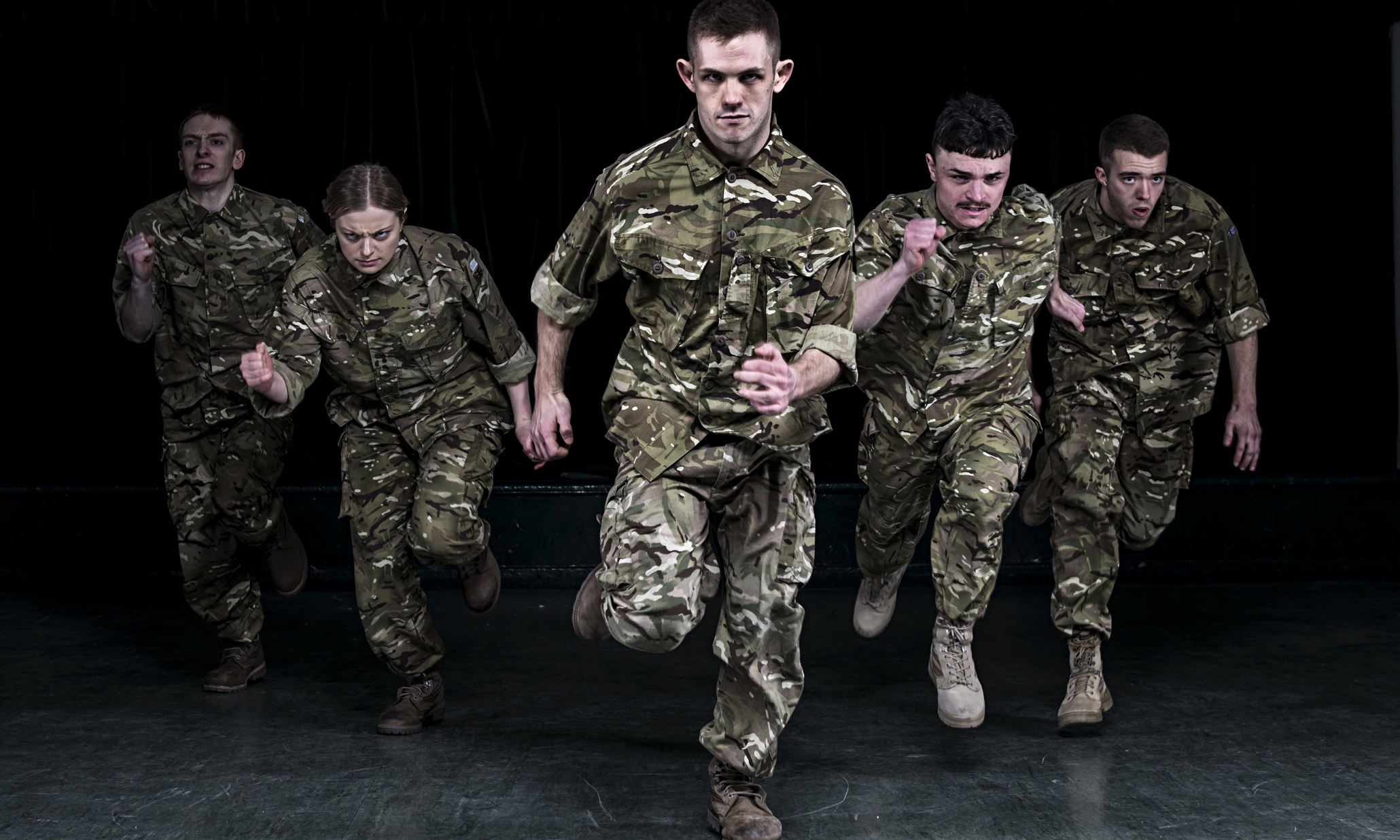 5 Soldiers: The Body is the Frontline witnesses an enlightening collaboration between the Army in Scotland and the Rosie Kay Dance Company. The show, which strongly relies on military research, considers how the human form is involved in and impacted on by war.

Directed and choreographed by Rosie Kay, this live show brought an unique arts experience to the stage.

5 Soldiers was a sensual marriage between the rigid form of military movement and the more free dimensions of modern dance. The story managed to explore a vast range of ancient as well as contemporary issues which are faced by those in the British army.

“Choreographer of the hit film Sunshine on Leith, Kay’s trademark style of intense physical and athletic dance theatre has earned five star reviews, a nomination for Best Modern Choreography in the National Dance Awards and topped the Best Dance of 2015 charts in The Observer, The Guardian and The Independent. To create this piece Rosie worked with and undertook the intense and sheer physicality that soldiers in training do.

It looked at issues such as brotherhood, mental health, sexuality, sexism, fear, injury and recovery, and the essential need for togetherness. All of which was discovered through dance and movement, with very little reliance on spoken word.

The dancers, Duncan Anderson, Luke Bradshaw, Reece Causton, Shelly Eva Haden and Oliver Russel, moved with a grace and energy that was unsettlingly powerful. Their bonding of military movement and dance added a strange yet exciting aspect to the performance, all aided through the intimate and mesmerising choreography. The very fact that “the body is the frontline” is included in the title, reveals how much physical presence and manipulation is key to the whole show. 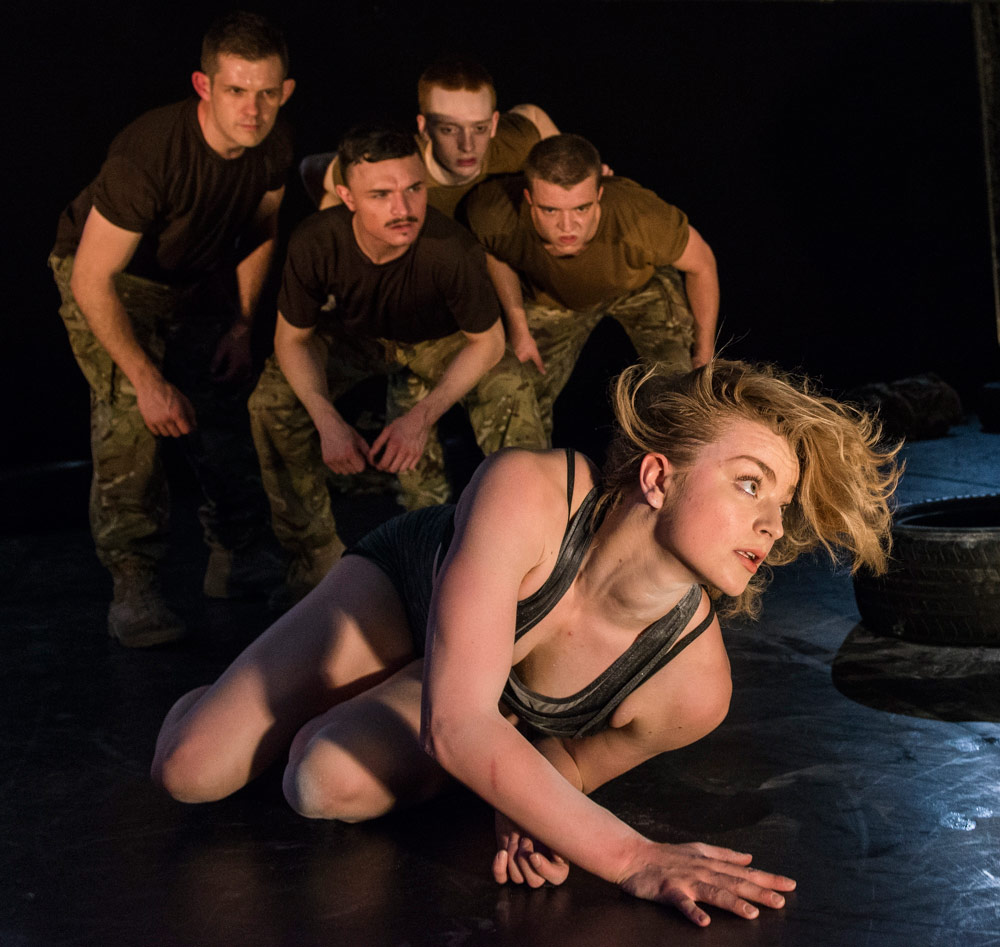 In many theatre events, the work of the crew is sadly never noticed or appreciated. However in 5 Soldiers, the talent of composer, Annie Mahtani, lighting designer, Mike Gunning, set, costume and visual designer, Louis Price, and visual artist, David Cottrell have to be congratulated.

Despite the fact that the action took place with minimal props and scenery, each interaction was understood with perfect clarity as the elements of visual art, music, light and costume came together to assist the dancers in telling their story.

The whole thing was haunting yet poetic at the same time. Not only was it a beautiful performance that challenged conceptions of dance and movement, it also adopted unusual, yet expressive artistic techniques.

As noted before, the themes of the story were many, but they were considered with taste and drive. It left the audience with an open mind and many questions about the physical and emotional burdens of army life and the short as well as long term issues that exist, even in 2016.

5 Soldiers is a production worth seeing if you want to be entertained, and educated all at once through the transcending medium of art.