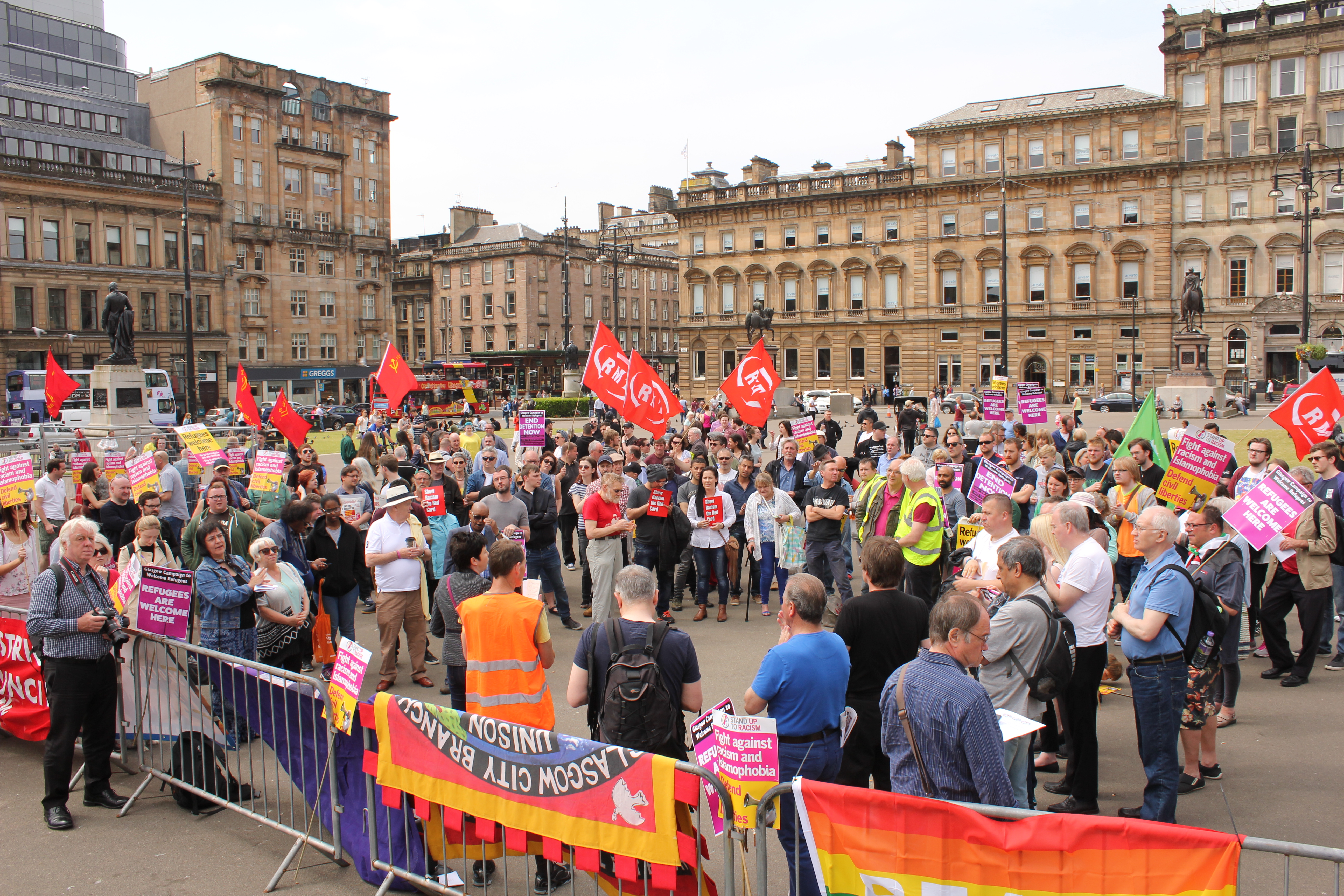 Counter protestors were in Glasgow’s George Square on Saturday to meet a demonstration by the far-right Scottish Defence League. The SDL were protesting that roughly 2,000 refugees from the Middle East are set to be resettled in Scotland.

The protest brought 40 SDL members to the City Centre, where they were met with roughly 150 counter protesters from groups such as the Communist Party, the RMT and Unite Against Fascism – who planned the response.

The police presence was substantial, with a line of police officers separating both of the crowds, as well as 4 mounted units on hand.

The counter protest organised by Unite started before the SDL were to arrive, marching down George street and into the Square. Guest speakers were on hand to talk to the crowd until the demonstration began in earnest. 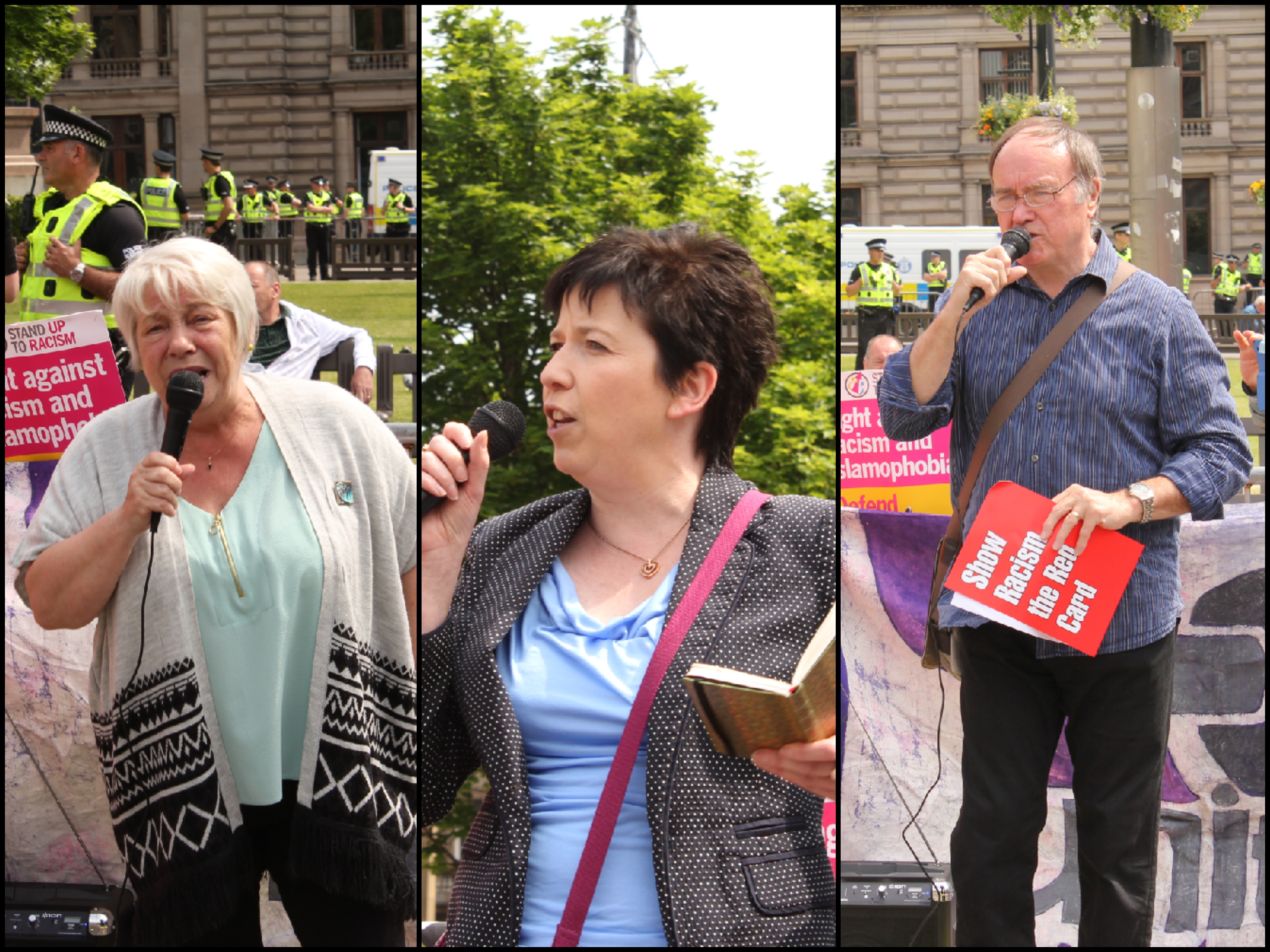 Before the arrival of the SDL, 2 people who were thought to be members of the group that was to protest, were removed from the ranks of the Unite demonstration for safety reasons.

Within the Unite protest, there was a faction that appeared to be more militant, standing away from the podium during the speeches, and some keeping their faces covered. However, no trouble was caused throughout the day.

3 members of the SDL protest were seeing saluting in a way similar to Nazi organisations, 2 of which were caught on camera. 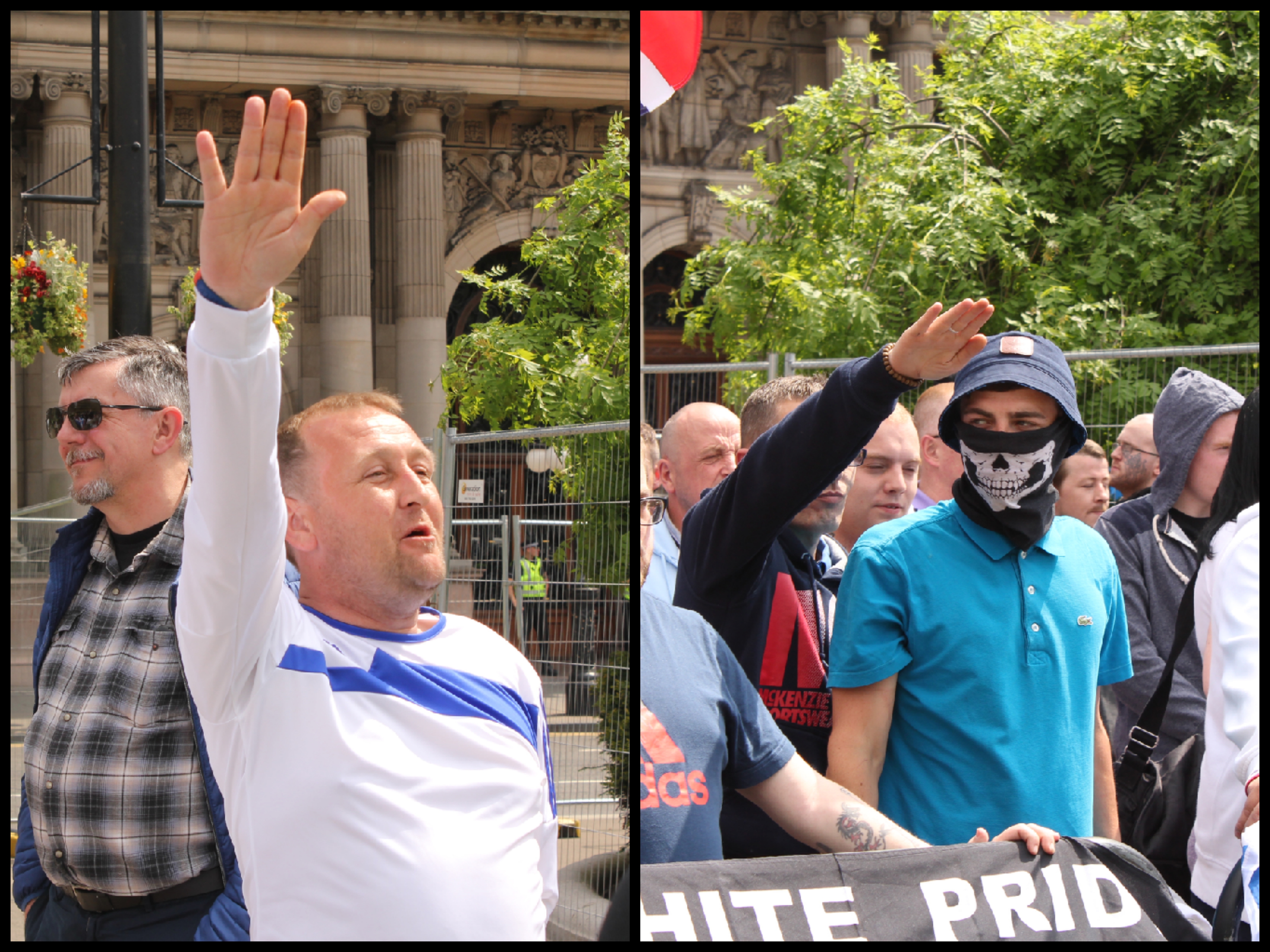 One SDL member was heard shouting “Go back to Ireland!” at the counter protesters. This was addressed at members wearing either Celtic football shirts or Irish shirts. When asked, the SDL member drew a correlation between the 2 groups, and the football teams in Glasgow.

He said “You look at the people here, and the people over there, and I think you can see the difference between the 2 teams.” When asked if he thought that there was a sectarian side to the protests, he replied “No doubt, I don’t support either of them, but you can’t get away from it.”

As the protest wore on, the rhetoric from the loudspeakers of both parties seemed to turn more to jibes of the other side, as opposed to the issues. One member of the UAF group stated that the SDL held their beliefs because they were physically abused as children, whereas a member of the SDL likened their opponents to paedophile Jimmy Saville.

Following the exit of the SDL, one organiser from Unite claimed that they had a “decent” turnout, and that he felt they had managed to get their point across. He also pointed to the difference in numbers between the two groups, saying “it speaks volumes that they had to get people up from England to bolster their ranks. That shows their beliefs aren’t welcome here.”

Britain's Got Talent celebrates its 10th anniversary in style

Film Review: Me Before You