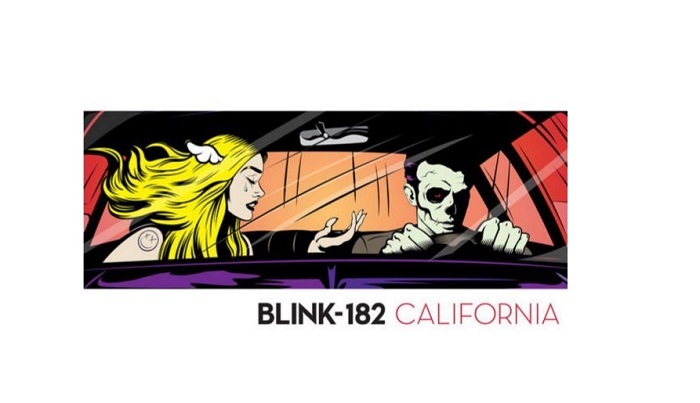 Well, here it is.

Five years on, the wait for the seventh album by one of the biggest American rock bands of our time is finally over. How crazy is it to think that ‘Cheshire Cat’, Blink-182’s first album, was released 21 years ago?

Since then, Blink-182 have single-handedly turned rock music upside down and shaped it in ways that weren’t even imaginable – and of course had a laugh the whole time doing it, making them the #1 mischievous rock stars we all know and love.

Similar with this album – despite only launching on the 1st July, there is somewhat an undeniable familiarity lingering within certain songs, reminding us of why they’re good at what they do. For most bands progressing onto their later albums, they want to take risks and aim for the next level up, and tend to ruthlessly climb until they’ve reached a sound that is totally different and often unrecognisable from when they first started. For Blink-182 though, it seems that their plan all along was to strip right back to basics, to an earlier era where they knew they were at their best, and ultimately incorporate these features into this brand new creation.

Amid fears of what Blink-182 would be after the departure of co-founder, singer and guitarist Tom DeLonge in 2015 – they have bravely and boldly returned with their good ole ‘na na na nas’ after swiftly replacing him with Alkaline Trio’s Matt Skiba. Despite Skiba’s voice not quite matching DeLonge’s distinctive, high-pitched tone, it seamlessly fits the band’s intentions for the album: for it to have that element of fun which their 2011 release ‘Neighborhoods’ seemed to lack. ‘Los Angeles’, one of their heavier tracks, is undoubtedly the perfect chance to hear Skiba’s noticeably powerful vocals – almost like the song was reserved for his debut moment.

‘Bored to Death’, the major comeback tune from the newly assembled trio was very well-received by Blink fans, making it the band’s first #1 hit in 12 years. Featuring their instantly recognisable rumbling bass and fast-paced drums combination, it takes you straight back to the good times when the band was in their prime. Throughout the album there are some dark hues and hints of nostalgia – as noted in ‘Bored to Death’: “It’s been so long since seventeen” and “Life is too short to last long”.

‘Cynical’ is the ideal song with attitude for when you’re in a bad mood and just need to jump about your room and shout as loud as your lungs will let you – it’s just a shame it doesn’t even last two minutes. Although for having 16 songs condensed into a little over 40 minutes, I suppose that in itself is an achievement! ‘She’s Out of Her Mind’, ‘No Future’ and ‘Teenage Satellites’ are songs made for sing-along chants to echo throughout arenas.

Some critics have however slated ‘California’ by comparing it to 5 Seconds of Summer material, and albeit, I do agree that track ‘Home is Such a Lonely Place’ did remind me slightly of the same sort of style.’San Diego’ is one other track I’m not 100% sold on as it verges on being cheesey and more like a pop song.

I a hopeful however that ‘California’ can surpass the result of previous album ‘Neighborhoods’, which saw their US sales plummet from $2.2m with their 2003 self-titled album down to a sorry total of $322,000.

All in all, it is a very easy album to listen to, and it is very relatable if you’re already a Blink fan. For those who are new Blink listeners (although I don’t quite know how that’s possible) this is the perfect insight into their previous hits. I wouldn’t be surprised if a handful of these tracks are eventually added to a future ‘Greatest Hits’ album.

An interview with Toothless