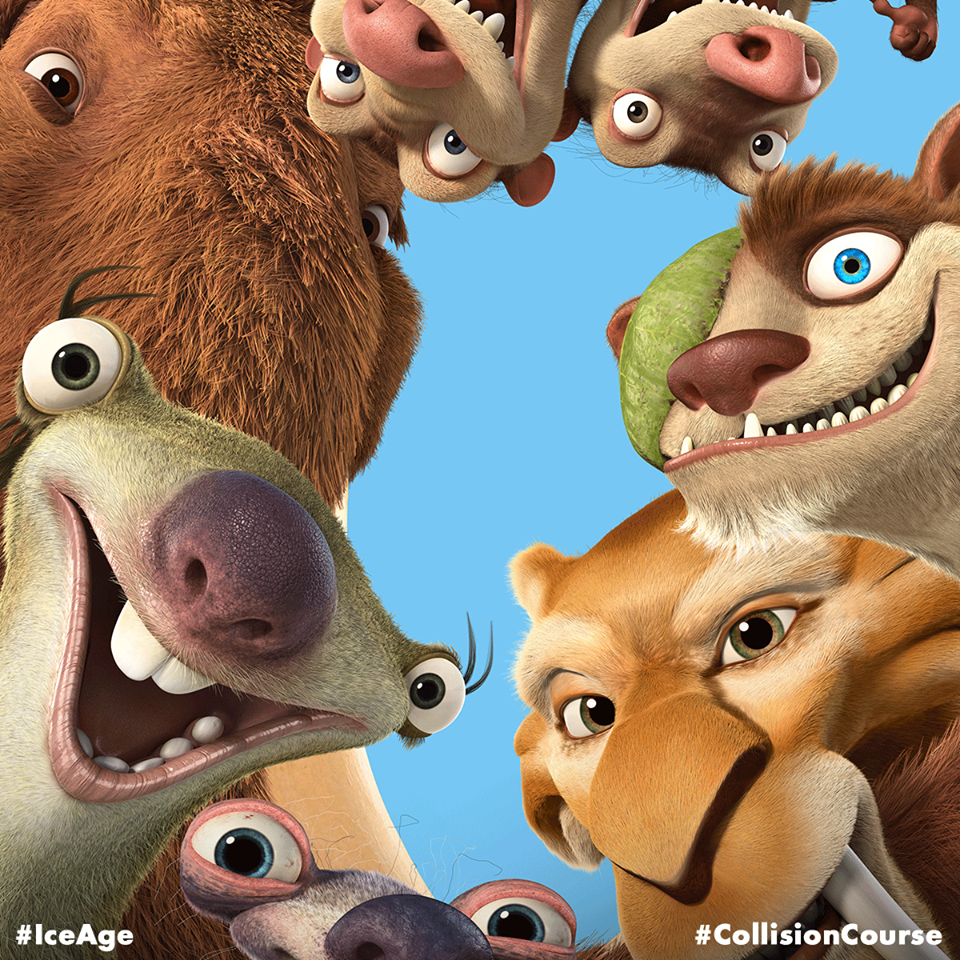 Ok, before we say anything else, I have big news.

Our knowledge of the universe has changed forever. And it wasn’t Albert Einstein or Sheldon Cooper that told us, it was 20th Century Fox.

So, regardless of how you like to think about the formation of the universe; whether you believe in creation or the big bang, or the two of them working together, I am sorry to tell you, you were all very very wrong.

Ice Age 5, also known as Ice Age: Collision Course, has taught me that Scrat, yes, that adorable, little, obsessive nut-job caused it all. During one of his many acorn adventures, Scrat found a spaceship (not too sure how the writers pulled that rabbit out the hat) and went into space.

Then after a few crash, bangs and wallops, he created the planets, the solar system and pretty much everything outside Earth. Oh and that’s another thing, Earth came first, and then everything else came later. Who knew?

So even although this film came out on the 1 July, and I’ve taken ages to get this review up, the wait has been justified. I have been pouring over every book and lousily researched blog around, and it all adds up, Scrat is the scruffy squirrel behind it all. So there. I even hear there is a Nobel Prize with his name on it.

Anyway, let’s move onto the film. So I need to admit, I was a tad confuse for the first half hour or so. I had read the title as ‘Continental Collison’ (don’t ask how I got my degree) and so I thought it was going to be about Pangea and the formation of the modern day continents. As a result, I was a bit lost when it turned out to be oh so very different.

It all begins with Peaches (Keke Palmer) getting ready to start her new life with her soon to be husband, Julian (Adam Devine). But Manny (Ray Romano) is feeling a little insecure about no longer being the main man in his daughter’s life and worries about her future. In a desperate bid to keep her close, he ends up proving just how capable and strong his hairy piece of fruit really is.

But not for long, as before we know it, a massive meteorite (yet again caused by Scrat) is heading towards Earth and the gang of mammal misfits hatch a plan to stop it. But with absolutely no understanding of physics or astronomy, how will they manage it? Ach well, it’s a kids’ film, so all is well.

Yet, the drama doesn’t stop there. On the way Sid (John Leguizamo) was tragically dumped by his girlfriend of fifteen minutes, but he finds new love along the way and Diego (Denis Leary) considers starting a family.

So how was it? Well personally, I felt the first two Ice Age films were the best. In terms of originality, story development, continuation and characterisation, they were special. The next two were slightly less convincing, but they maintained their goofy charm and the personal stories of the characters and their quirky relationships moved forward smoothly.

However, in this case, I felt like nothing really happened. The main drama of the meteorite wasn’t very exciting and didn’t have a concrete development. On top of that, the characters seemed very flat and those such as Diego didn’t have any roots in the film at all.

I would say the film wasn’t a total flop and there were a decent amount of giggles along the way. I do feel Ice Age has more to offer in years to come, but this time round, they could have tried a lot harder to maintain the legacy for kids and adults alike.

Yes, Iron Man can be a teenage black girl