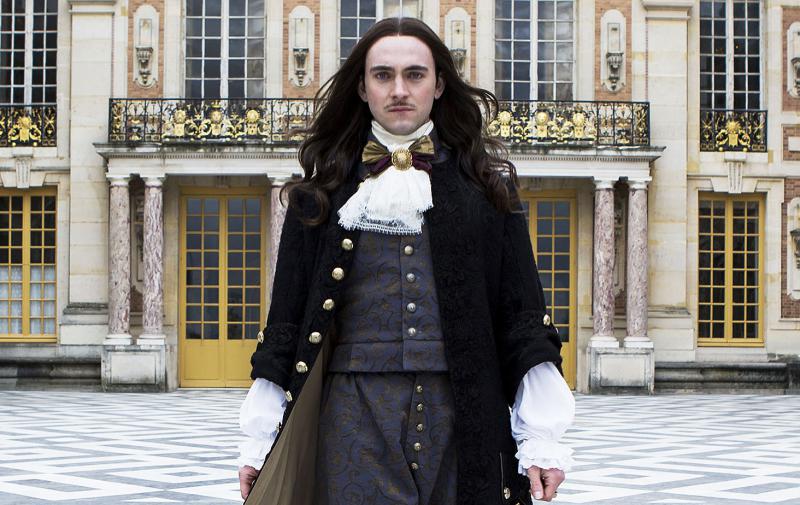 Versailles, a British-Franco-Canadian television series, has just finished and managed to get more tongues wagging than just about any other BBC drama this century.

Series one is set in 1667 France and highlights the early reign of Europe’s longest reigning monarch, Louis XIV (George Blagden).

After the outbreak of a civil war known as the Fronde, Louis and his court flee to an old hunting lodge 29 kilometres away. Enchanted by the countryside and the tranquillity of life away from the bustling society of the capital, Louis makes grand plans. He wants to transform his lodge into a new home that will be the envy of the world. A palace called Versailles.

But the whole series doesn’t revolve around architectural plans, because if it did, it would be called Grand Designs. No, like any truly good French tale, it is filled with spicy sex, scandals and secrets.

At the core of it all, the young 28-year-old protagonist spends most of his time away from his Queen and in the arms of Henrietta (Noémie Schmidt) who is not only the sister of the King of England, but the wife of Louis’s only brother. And then again, he also has one or two, or ten or twelve other mistresses. But I mean, it wouldn’t be a drama without a few shocking affairs.

At the same time, Louis’s brother, Phillipe (Alexander Vlahos) is busy feeling overshadowed by his manipulative older sibling. In an attempt to establish his own identity, he flaunts his love of women’s clothes and make-up and spends all the royal coins on wigs and scents. Then when none of that works, Phillipe goes to war with the hope of winning the love of the French people and sparking a flame of respect in his life long rival. 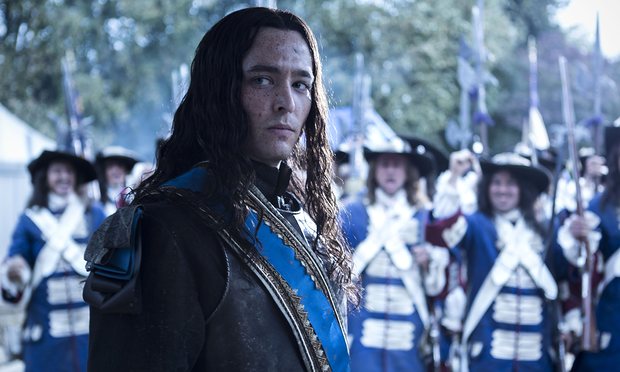 But what about the King’s court? Well, for those who aren’t occupied in the monarch’s bed chamber, life is a little dull. Without the fun of the energetic city, the nobles begin to see the small estate as a posh prison. With nothing do but play cards and gossip, their grumblings against their master turn towards treason and his life is forever in danger.

OK, now we’ve done the synopsis, let’s find out if it was any good. Like most historical dramas, I loved and hated it all at once. But unlike the other critical viewers, my concerns weren’t about the number of breasts and bums I saw. In my mind, if Game of Thrones can air on British television, then as far as I can see, anything goes.

And as for the transgender and homosexual elements, first of all, this is the 21st century. In addition, these aspect of everyday life have been portrayed much more graphically and intensely in other films or shows, and to be honest, the gay scenes in Versailles were nothing compared to their heterosexual counterparts.

My issue was that the story wandered a bit and wasn’t very clear. Was it about social history? Or politics, or even war? Was the building of Versailles the central point? The title would suggest so. Or was the evolution of the nobility the main point?

It just had a lot of confusion, especially in regards to the uprisings. Who were the conspirators? Why were they plotting to kill the King? They just seemed to show up and shoot guns or wave knives, without any real introduction.

Yes, I felt the whole thing was just a colourful mess. Fair enough, the cast were exceptional, with Alexander Vlahos and George Blagden bringing real tension and electricity to each scene they were in. The social aspects and the cheeky scandals may have kept it all going, but it was hard to gain any real sense of narrative power with so many angles all bidding for attention.

So to round this up, I would say that if you want some excitement and an hour a night guessing who is sleeping with who, this is the right series for you. With a lot of death threats and pretty dresses, this is a beautiful costume drama. But if you want historical accuracy or a really clear and thorough purpose, then stay well clear.

Students hit as parking permit price hiked by a third

Top tips for travelling: A guide to Italy