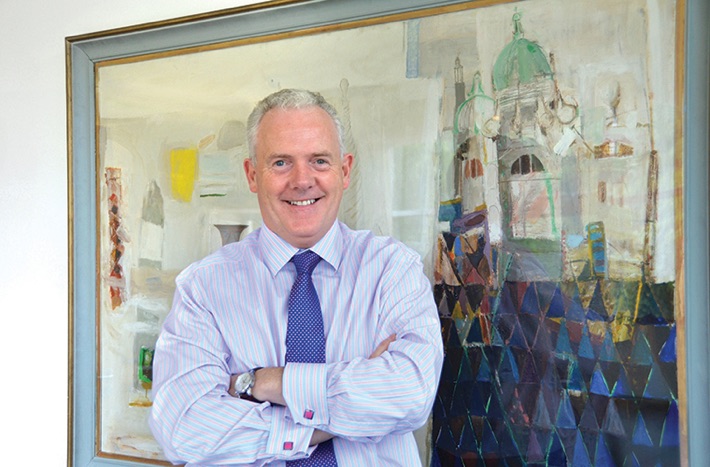 The university’s Strategic Plan is focused on delivering the best experience for students, according to senior officials.

The plan, which was released at the end of last term, will come into effect this academic year. There are four main goals outlined: increasing the research profile at Stirling by 100%, breaking into the top 25 of UK universities, internationalisation and generating £50m of income over the next five years.

The plan outlines the way in which these goals can be achieved. To generate the £50m target, the University is looking to increase it’s commercial activity.

This includes using the facilities that are at the uni in a better way, such as the sports centre, or the Stirling Court Hotel.

Deputy secretary Joanna Morrow said: “If you get a big academic conference into the University, then that allows for collaboration, as well as filling the hotel, and giving us another stream of income.”

There are also plans to increase the number of international students by 65% over the next five years. When asked if this would cause overcrowding, vice-principal Leigh Sparks stated that a “big chunk” of the new 65% would actually be learning from partner universities across the world, using Stirling methods and materials, which would allow them to graduate with a degree from Stirling. There are also plans to move materials online, to allow for studying out with an institution.

When asked if there was an estimate of students who would arrive at Stirling from overseas, Morrow said: “That’s something that we’re working on with our academic faculties. Some of the growth is specifically at postgrad level, that will help to build our research profile, which will bring us more into line with institutions that we want to benchmark ourselves against.”

The plan goes on to say that the uni wants to attract “the brightest minds – regardless of background”.

The cost of living at Stirling has been well-documented, with three of the halls falling just short of the maximum loan given by SAAS.

Asked if this could cause an issue for students with a poor background, Morrow said: “We want to ensure that there are no barriers to students that want to come to the University. We have done things like the rent support fund, which will be rolled out this year.”

When asked if the fund could be increased in the coming years, Morrow stated that due to it being a new fund, the demand would have to be looked at.

The document also mentioned there would be an increase in the amount of Scottish students who would be admitted, despite there being occasions in previous years where accommodation was full.

Morrow said “The £50m target will allow us to invest in staff, students and facilities. We have all sorts of ideas, whether it’s rebuilding the atrium or building further accommodation, there’s lots of possibilities we would like to invest in.”

Pressed on if there may be a danger of overcrowding, Sparks replied: “We will not take a larger student population and dump them onto the current facilities. You have to look at this as a whole.

“In terms of expanding the number of students, we have to expand, facilities and everything else along with it. Everything must move in step. That will give a better experience for the students. We want a virtuous cycle.”

Asked what they considered to be the most beneficial parts of the plan, Morrow said: “The top 25, that is a marker for giving the best student experience. It also allows us the reputation where graduates have the logo of this university on their certificate, which means something to employers.”

And Sparks added: “If it works, there will be an enhanced experience for the students, which will enhance their opportunities.”

Joining Brig was the best decision I made at uni

TV Review: What has ITV done with history's Queen Victoria?