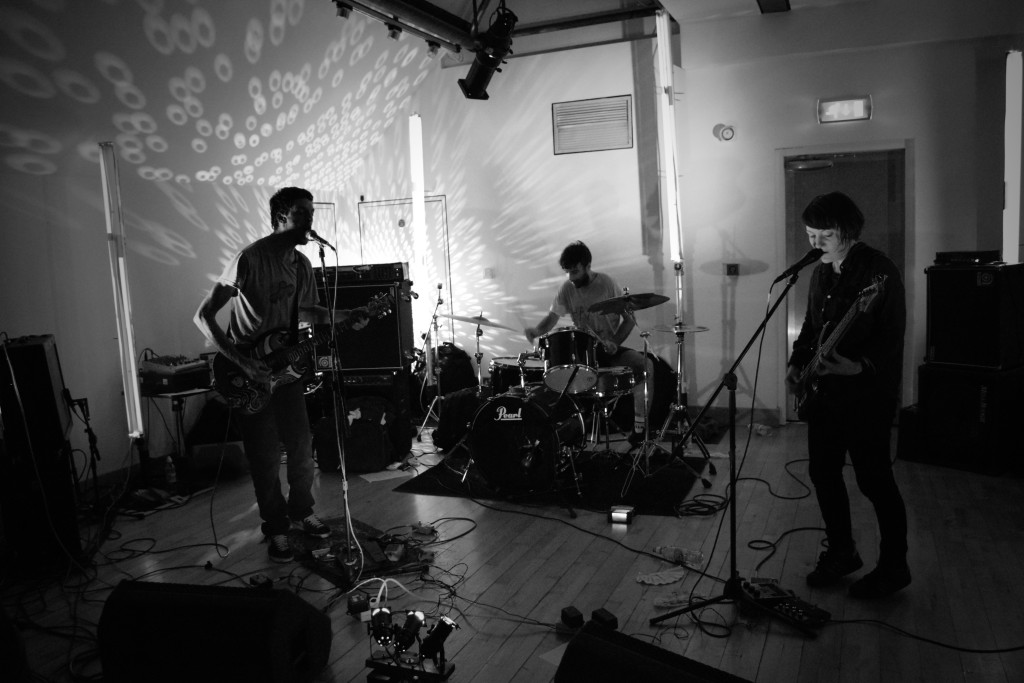 Stirling is a big place.

I mean when you try and drive say from Glasgow to Aberdeen or something, you literally can’t seem to get away from ‘Welcome to Stirling’ signs along the way. You begin to think you’re just circling the perimeter. However, despite its relative size, Stirlingshire isn’t necessarily one of the names which come to mind when you think ‘bustling new music scene’. In that sense it’s more like a sleepy hometown at times.

But like every sleepy hometown, you can bet your favourite bones that there’s a whole whack of stuff bubbling away under the surface. Stirling is no different, and is in fact sort of punching above its weight in the grand scheme of things. Allow me to elaborate…

There’s a Vast Array of Venues

Stirling has a wide range of places to see live music. From the big ones like the Albert Halls, the Tolbooth and Macrobert where you can see household and international names; mid-level spaces which are favourites for the DIY dance promoters like Fubar, Mediterranea and Queens Hotel; through to the tiny spaces quite literally bursting at the seams with indie, acoustic and DJ nights – such as The Settle Inn, Nicky Tams, Allanwater Brewhouse and Kilted Kangaroo.

In all these spaces you can put on your own events, have a beer checking out the vast array of open mic and spoken word performers, or see some of the biggest names in indie, alt, electronic, folk, traditional music and jazz in the country and from distant shores. It’s pretty incredible stuff really; just keep an eye on the venues’ websites and social media. They’re all keen to have you there.

Have you heard of Stirling’s Hidden Talents?

Like new wave and grunge? Check out Crashing Jets.

Electro pop at its finest – see The Insomniac Project.

If pop/punk is your thing, Science Made Us Robots are your guys.

Or even the confessional and dramatic spoken word/songwriter crossover of The Narcissists Cookbook.

This is just a taste. But the general message is that you don’t have to look to other bigger cities to find a diverse and, crucially, quality range of emerging acts. And it’s important you join in too. The chance to perform and get involved with the local scene is wide open. Dive in pals.

There’s Plenty of Ways to Listen

Stirling has its own independent radio station – Stirling City Radio. It also has its own open group of budding gig-goers and arts enthusiasts who document and promote local independent music via printed zine and online blog – Stirling DIY Press Collective (these guys also host secret pop-up shows in folks flats, shops and gardens).

A new music night and annual festival at the Tolbooth called Strange Behaviours, which has brought through the likes of Admiral Fallow, Stanley Odd, Hector Bizerk, PAWS, Honeyblood, The Phantom Band and Loki amongst many more in the past two years.

There’s an open mic or acoustic night on virtually every night of the week with a range of talented songwriters and covers acts. And there’s the university’s really great and forward-thinking Live Music Society who have a rehearsal space and regular live nights to get involved with. Including every other Wednesday night at the Allanwater Brewhouse, and every Thursday night at the Union where the Live Music Society has their jamming sessions welcoming everyone and anyone.

So there you have it.

If you’re the type who likes to get in on the ground level with tomorrow’s most exciting artists while they’re still fresh, vibrant and vital, or if you’re keen to get playing yourself: you can. Dae it.

‘Nobody Forgotten This Christmas’: Start Up Stirling announce Christmas Appeal 2021

How to define a political career? A reflection on Cameron