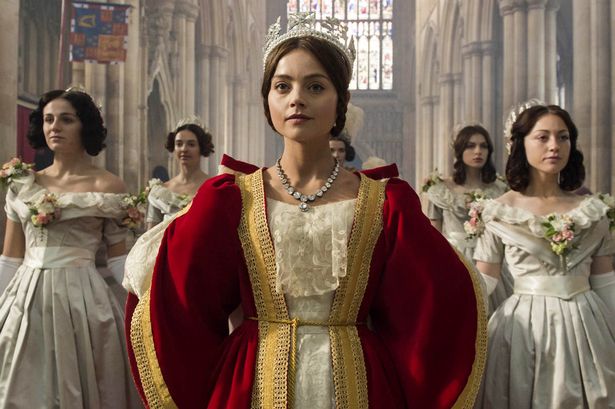 As someone who has loved costume dramas since she was a little girl, I know them well.

I know what works and I know what doesn’t, and every time a new one hits our screens I watch with anticipation to see how the team behind it have handled all those conflicting elements.

And, yes: I like to see what I could have done better.

That is why, when ITV’s Victoria was announced, I was keen to see how beautiful story telling, mise-en-scene, and the presentation of history had come together. So that is why, as a history graduate, I was disappointed to find the ITV team clearly hadn’t read their history books very carefully.

So let’s untangle the web of inaccuracies, shall we?

To start with, the series has an obsession with the relationship between the young Queen and Prime Minister Lord Melbourne (Rufus Sewell). For one, they’re too focused on this. Yes, it is an interesting concept, but it overshadows and dominates everything else.

Victoria’s early reign was full of excitement and turbulent social, political and relationship drama, and you’d think they’d give a bit of attention to this, rather than getting overly involved with one specific aspect.

Also, it is not even accurate. I have read Queen Victoria’s diaries (my tutor made me), and they were a meticulous and honest account that she kept during most of her life. If she can call her children “hideous frog like creatures” in the pages, then the emotional lass would have no problems with penning a few words of endearment to her true love.

There is no evidence that she had romantic feelings for Lord M, and historians generally agree that her attachment to him was more of a mother-father situation, based on her feelings of youth, insecurity and fear.

Secondly, as great an actress as Jenna Coleman is, the portrayal is all wrong. Coleman is very thin and beautiful; she has enviable grace and poise and conducts herself like our true vision of a grand queen.

The real one on the other hand, was quite different. Accounts from the time show that, even at the young age of 18, Queen Victoria was dumpy and notorious for having a vile and unseemly manner and temperament. So as charming as Jenna Coleman is, it does look as if she is playing a completely different character.

Thirdly, Victoria had no interest in the poor. The nineteenth century was one of considerable welfare reform and political extensions (despite what we might think).

However, our queen was not a fan of any social, political or economical progress that benefited the working class. She was a supporter of a hierarchical system, and felt the factory workers and the Chartists had nothing to complain about with their poverty, disease and non-existent representation in parliament. 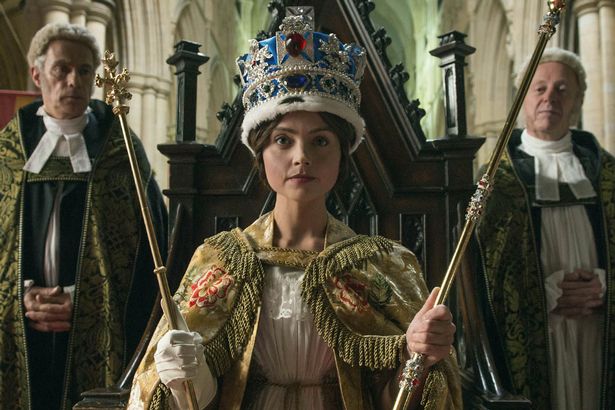 And lastly, there was one thing they got right, but to my great surprise they didn’t explore or explain it as well as they should have.

It goes without question that Victoria had a very unhappy upbringing. She spent her first 18 years in isolation at Kensington Palace, without any real friends, and with an extremely restricted education and routine.

And the villains of this early story were her mother, the Duchess of Kent (Catherine Flemming), and her private secretary, Sir John Conroy (Paul Rhys), both of whom she had a violently tense relationship with.

The two of them manipulated and abused Victoria emotionally and physically, so that when she became queen at aged 18, she had certainly failed to thrive in many vital areas. It is argued that this led her to becoming the stubborn, needy, temperamental and anxious woman that would form her legacy.

Now, although her personality, and the connection between her mother and Vicoria is explored within the series quite well, I feel like this vital piece of her life – a part that would influence everything to do with her future – was not awarded enough force.

The 2009 film, The Young Victoria, handled this much better and through looking at her unhappy past, it helped set the stage for her turbulent mood swings and bold decisions, that occupied her early reign.

The only upside of the series, has been the one episode so far which has hosted Prince Albert (Tom Hughes). In his short time on screen, Hughes has portrayed the humble, intense and loyal nature of the prince in a very earnest way. And the contrast in personalities between the serious and intellectual Albert and the fiery, emotional Victoria were played out beautifully.

Overall, after four episodes of Victoria, the many brash mistakes have left me wondering who on Earth is it meant to be about?

And you may wonder why I have such concerns about historical inaccuracies; it is true that television has a creative licence and at the end of the day, is the telling of a good story and the entertainment of the public not the main point?

For me I understand that this is essential, but there is something more at stake. You see, I appreciate that many people unfortunately use costume films and series as their main source of historical knowledge.

People often believe that the whole truth is being presented and very rarely check the facts before they lock them away in their mind. And to me, this leads to a lot of poorly informed amateur historians.

So, even although I am enjoying the drama of Victoria for its glamour and presentation, I am not impressed with the mounting list of historical weak points. And more importantly, with a truly fictitious presentation of the notorious queen, it has left me wondering so far: Where is the Victoria in Victoria?

On your bike! Pull the brakes on this rise