The Seconds started their season out the perfect way by putting three points up on the board against a stubborn Strathclyde side, despite the heavy mist and persistent rain. First team manager, Shelley Kerr, coached the team.

The first half could not have been more one sided. The boys in green played crisp football and Strathclyde never saw enough of the ball to create any real chances. Stirling made their early domination count after striker Burgess latched on to a beautiful through ball from the right wing, rounded the keeper and stabbed the ball into the gaping net. 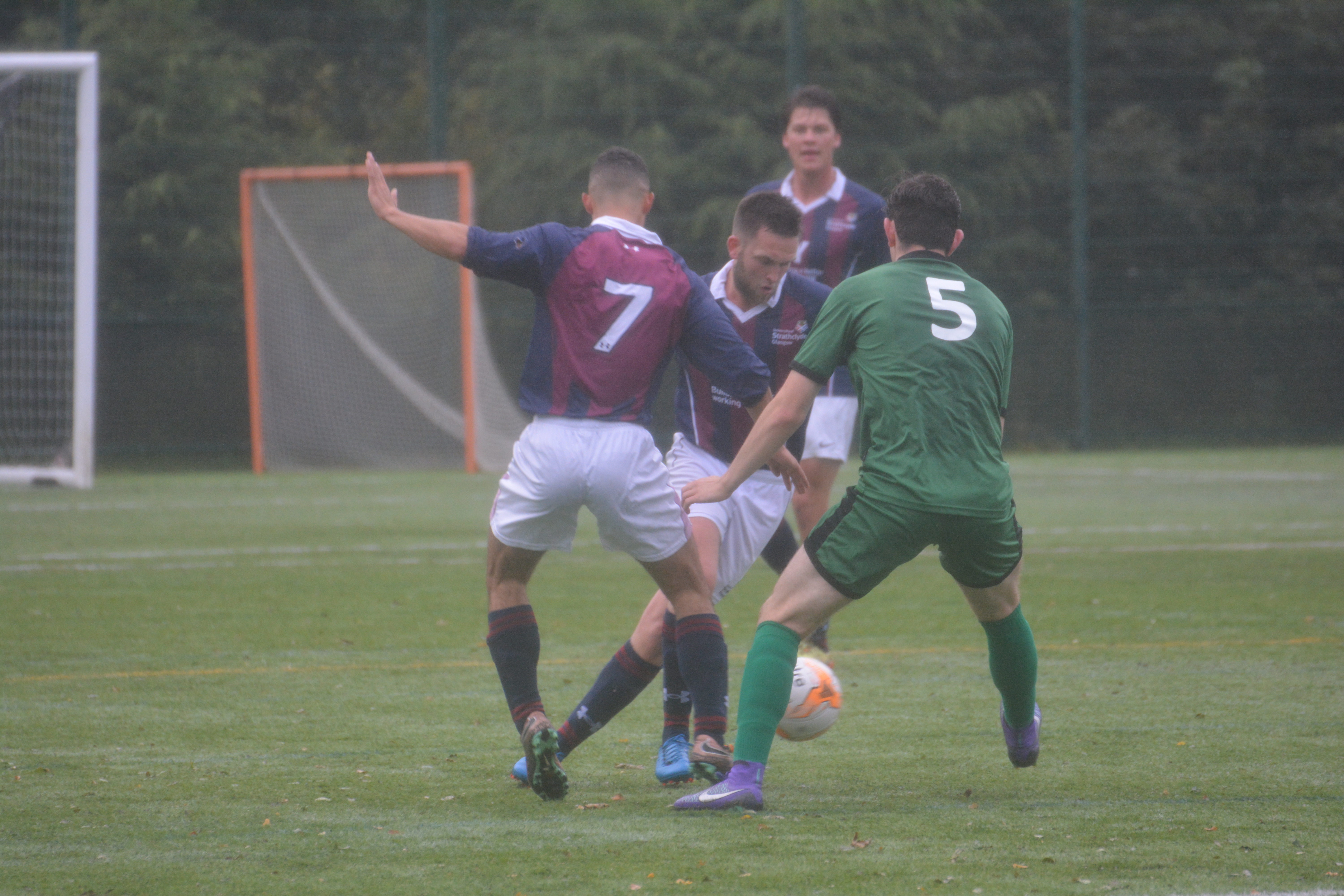 It did not take long for Stirling to double their advantage, and Burgess was involved again. This time he laid off winger McCaughie, who expertly stroked the ball beyond the keeper, nestling it in the bottom right corner of the net. The visitors’ only clear-cut opportunity of the half came on the stroke of halftime. A controversial indirect free kick was given after a strong midfield challenge that resulted in the ball ricocheting back to the keeper who picked it up. It was quickly taken but it trickled wide of the left post after the Strathclyde attacker scuffed the shot.

The second half could not have been a further contrast to the first. Quickly Stirling saw their two goal advantage disappear, and the game was tied by the hour mark.

Within five minutes the first of the goals was scored from a set piece. A ball was lofted high into the box before being headed towards the keeper. The keeper fumbled, which can be forgiven due to the awful weather conditions, and failed to secure the ball before a Strathclyde forward slid in to knock the ball away from the keepers grasp and into the back of the net.

The second goal came courtesy of the Strathclyde left winger, a dynamic player who showed glimpses of brilliance despite being kept quiet for most of the afternoon. On this occasion however he used his pace to get on to the end of a hopeful through ball, just piping out the defender, before smashing the ball past the oncoming keeper. 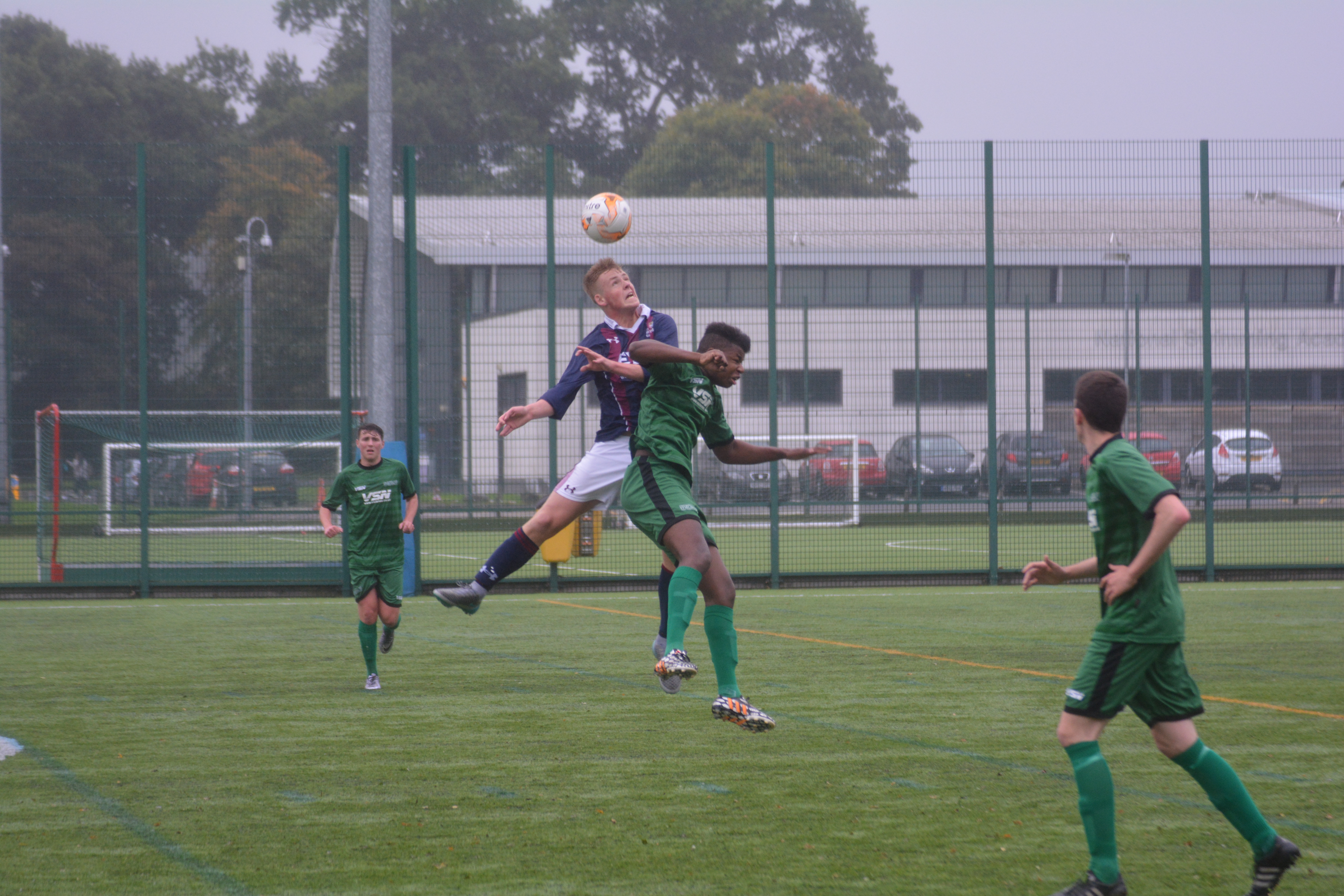 This equaliser woke Stirling up and they took the game by the scruff of the neck and put the visitors under relentless pressure. Two clear cut chances fell to Burgess, a player known around the club as a clinical finisher, but both were denied. The first chance was similar to his earlier goal, he rounded the keeper but this time a centre back was there to block the shot and keep the scores level. The second of these chances saw him run off the back of a defender, after they had misjudged the ball, and found himself two on one with the keeper. He opted to go alone but his effort was well parried away.

The man of the match was the Stirling playmaker, Kan Mitchell, and he eventually broke the deadlock. After controlling the midfield and laying off teammates for the majority of the game a well worked passing move saw Stirling retake the lead. Mitchell won the ball back deep in opposition territory before playing a quick one-two then beating off a centre half with his strength, and finishing the move off by delightfully sliding the ball beyond the keeper, proving to be the winning goal of the match.

This goal was much to the relief of Stirling’s Seconds, but left them with a score line that they would feel did not reflect their overall dominance they showed throughout the match. However it sets them in good stead for next week’s BUCS away match to Robert Gordon University’s 1sts, where they will hope to maintain a hundred per cent start.

One way to deal with dogmatism and bigotry - philosophy