Timed to coincide with World Mental Health Day last Monday (October 10), the ‘Speak Your Mind’ campaign was formally kicked off after weeks of preparation.

Keenan announced the proposed initiative in his manifesto while he was running for President last semester.

The campaign aims to de-stigmatize mental health issues around campus and empower students to talk openly about their experiences with mental health.

Stirling Students’ Union was joined in the atrium by a number of other groups, including Artlink Central, the new Stirling University Mental Wellbeing (SUMW) Society and the Relief Café for a day of creative activities and stalls run in conjunction with the Scottish Mental Health Arts & Film Festival. 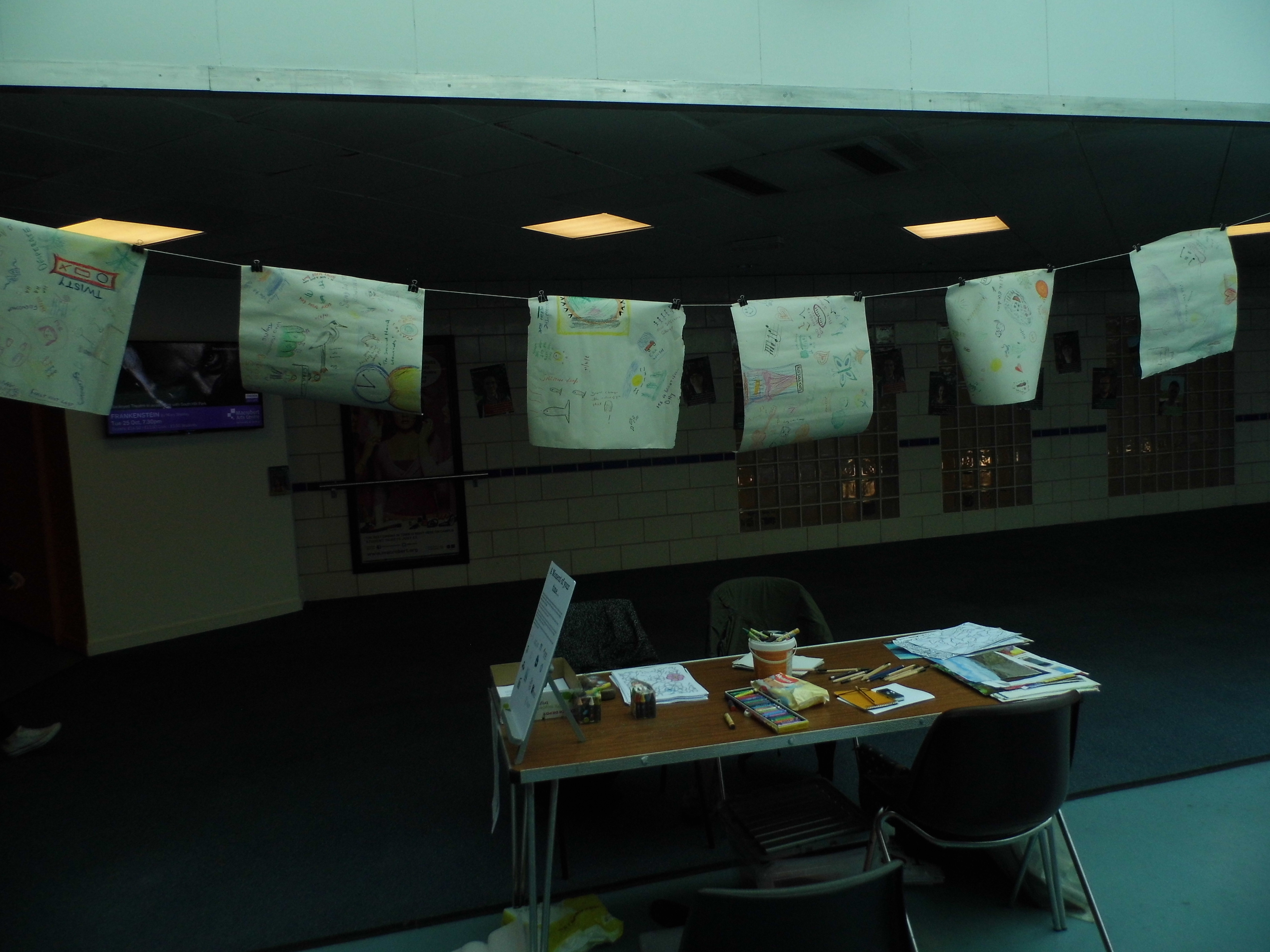 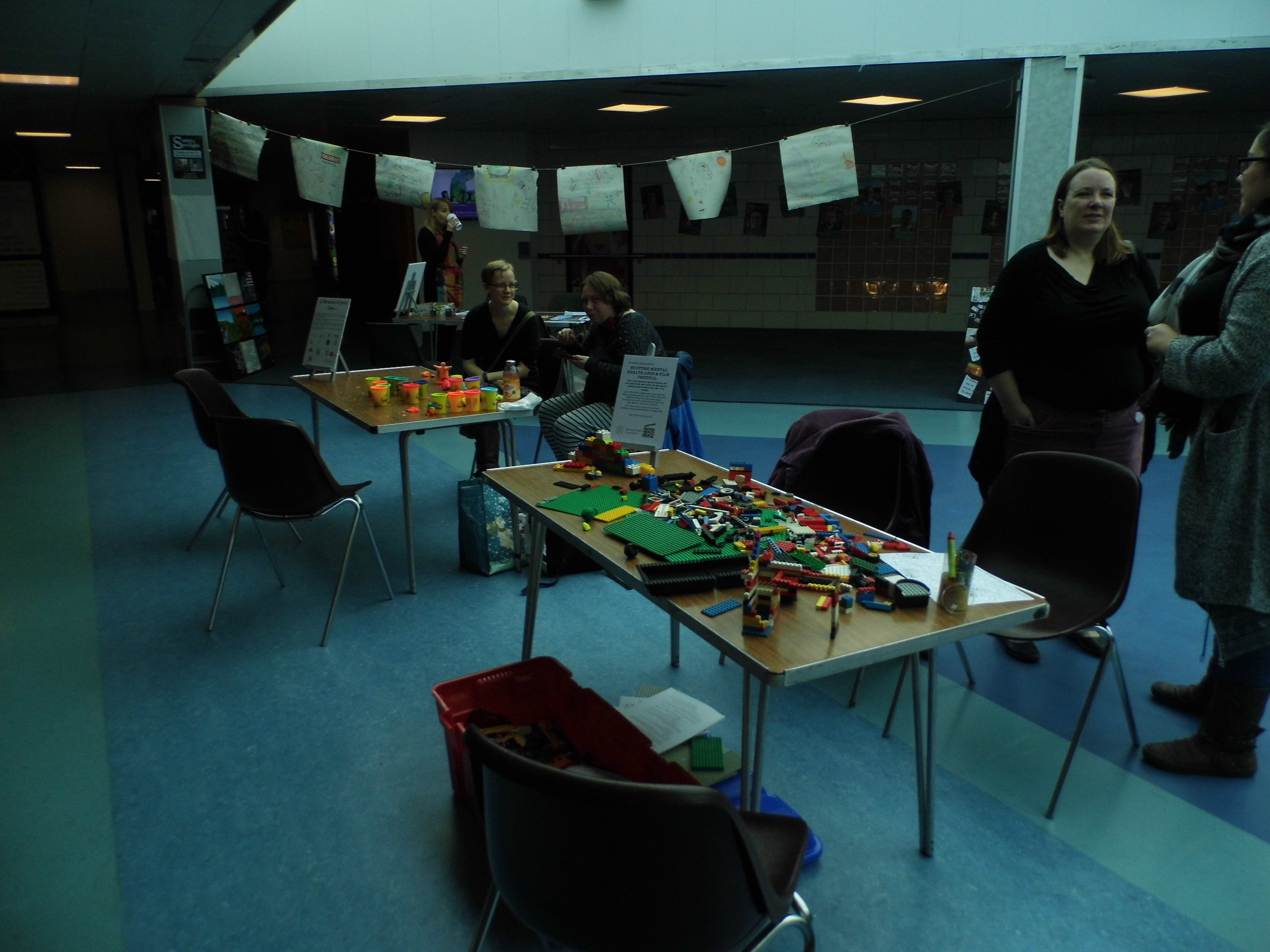 Keenan sat down with Brig to tell us about the campaign.

Asked about what compelled him to launch ‘Speak Your Mind’, he explained: “I myself have throughout my whole adult life and adolescence really struggled with mental health issues.

“Today is one of those days, funnily enough, on World Mental Health Day, where I struggled to get out of my bed.

“I’ve never really let it put me down too much, and the one thing I’ve found that helped me get to a better place – a place where I can manage my mental health issues better – was by talking.

“I find that really beneficial. Often people will say communication and talking are the first steps towards recovery, and it wasn’t until I started talking to my peers as a student that I realised how widespread mental health issues are.

“That’s why I wanted to run this campaign, because it’s something that’s very close to my heart.

“Now that I’m in a position within the Union where I can actually maybe try and do something about it, I thought there would be nothing better than to run a mental health campaign.”

Preparation for the initiative’s launch included a social media campaign around campus called #ElephantInTheRoom which saw people posing around campus and transposing an elephant head onto their own – the elephant representing mental health issues and the stigma they can carry.

Keenan said: “It’s always difficult to put an objective on a campaign like this, because it really is just awareness-raising, it really relies on student buy-in and student engagement.

“Initially, when I first tried to piece together ideas for it, I was worried – I was thinking ‘I hope I actually get students to get involved.’

He added that he hopes the campaign develops, and would like to run film shorts on certain mental health issues or individual stories.

Asked about the concrete benefits the awareness campaign will bring students, Keenan said: “I hope there’s going to be something tangible out of it. What I want to do is write a mental health manifesto and get the senior managers in the university to agree to it – some sort of commitment to tackle mental health issues and really improve the robustness of our services.

“I’d also like to make an argument to the university that we need more full-time counsellors. I think the recommendations that come from NUS are 1 in 3000. Right now Stirling’s operating at 1 in 6000.”

He also pointed out that all the sabbatical officers this year have had Scottish Mental Health First Aid training, and that all the material they have published for the campaign has links to student support services and external expertise.

Sebastian Cassius, who was also in attendance at the atrium as one of the founders of the Relief Café, spoke to Brig about the group’s activities on its stall.

He said: “Basically what we’re doing is a Pledge for the Polaroid campaign. We’re capturing pictures of people who are pledging against mental health stigma with a polaroid picture, we’re collecting a few quotes and we’re displaying them in the Pathfoot centre for the rest of the semester.

“We’re hoping to get about 40 students and from that you’ve got this actual document of people who are fighting against the stigma, are okay with talking about mental illness and it has that positive message – while also looking a little bit cool.”

The Relief Café was founded in January and aims to create artful projects that help raise awareness around mental health, with the aim to make therapy more approachable and accessible for students in the long term.

The group had its first celebrated spoken word night around April, with several more having taken place in Stirling city centre since.

Cassius said: “The most amazing thing is this whole community is popping up and really trying to speak about this huge problem – very prevalent in Stirling as well.

“The most important thing there is if there’s a massive saturation out there on social media with loads of people talking about it then there’s the chance that one person who might not have connected with a video we show, or a video that the Mental Wellbeing society show, connect with something else and from that they either get help or talk about what’s going on.”

In the future they have a number of new projects in the pipeline, including possible films which explain different mental illnesses creatively – potentially with stop animation.

Eating Healthier for Dummies: a guide to positivity & healthy eating