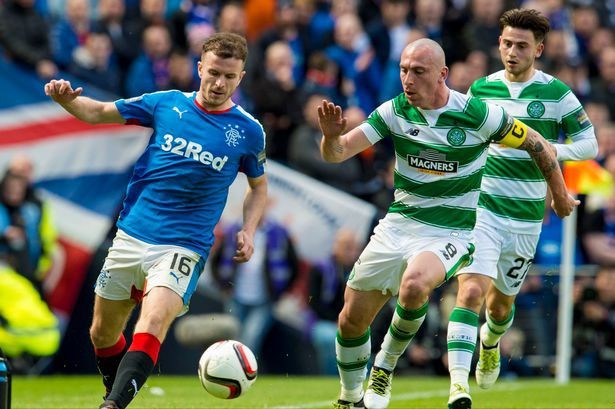 If the recent Glasgow derby is anything to go by, then Rangers still have a lot of catching up to do before getting close fierce rivals Celtic.

A 1-0 loss at Hampden on Sunday was a more palatable result for Rangers in comparison to the 5-1 thrashing they received last month, although the scoreline doesn’t do the match stats justice. A last minute winner for Celtic may not suggest that it was one-way traffic, but the possession, shots and overall control of the game from Celtic, along with an inspired performance from Matt Gilks in the Rangers goal, tell the story in more detail.

Both managers have been interrogated about the gulf in class, with Warburton insisting it is purely financial whilst Rodgers chooses to avoid the question altogether. Many professionals have had their say on the predicament, with former Celtic players Chris Sutton and Alan McInally both addressing the evident gap that could prevail for years to come, while current defender Erik Sviatchenko strongly agrees.

The fact of the matter is that Rangers are quite clearly still a club in transition. There is perfectly understandable after the club spent years climbing up the lower leagues of Scottish football, but the gap cannot be closed until they accept that there is one in the first place.

Rodgers has transformed Celtic into a quicker, more determined and much improved side since he took charge. He has invested incredibly well in the youth of Moussa Dembele, together with the experience of Scott Sinclair and Kolo Toure. All three have had significant impacts at their new club, while up and coming prodigies like Kieran Tierney and Patrick Roberts have had hugely positive influences on the fans.

Warburton meanwhile has certainly attempted to improve the youth aspect to his squad, but signings such as Philippe Senderos, Niko Kranjcar and Joey Barton simply cannot challenge for a title in years to come. For 19 of the past 20 seasons, the league’s top scorer has bagged at least 20 goals to fire their team to a title victory. Try as you might is difficult to see where Rangers’ most reliable goal scorer – 36-year-old Kenny Miller – producing such a tally.

Almost a quarter of the way through a long season and Rangers lie seven points off leaders Celtic, who have a game in hand and the small advantage of a better goal difference of +18. However, it is a long season, with plenty of room for slip-ups and surprises. Celtic, though, continue their league dominance through an unbeaten streak against all opposition, whereas Rangers have dropped vital points in games they ought to be winning to muster any sort of title assault. Celtic, on course for their first treble since 2001, have Champions League football to brag about to their Glasgow rivals, and also twice as many Scotland internationals in their squad, an achievement surely necessary to challenge for a title.

Off the pitch, meanwhile, Joey Barton’s situation is continually flaring up, which has heaped unwanted criticism on his manager. Moreover, former Ibrox boss Graeme Souness is one of many to call for major investment in top players, a claim Warburton has once again come under scrutiny for despite insisting that determination from his current squad is the only road to the top.

Rangers have come a long way since the turmoil that fell upon them in recent years, however. Their dedicated fan base has certainly helped their rejuvenation process, and many will welcome their return to form in years to come as they look to end the five year title winning streak of their biggest enemies.

Hilarious Halloween films that won't give you sleepless nights