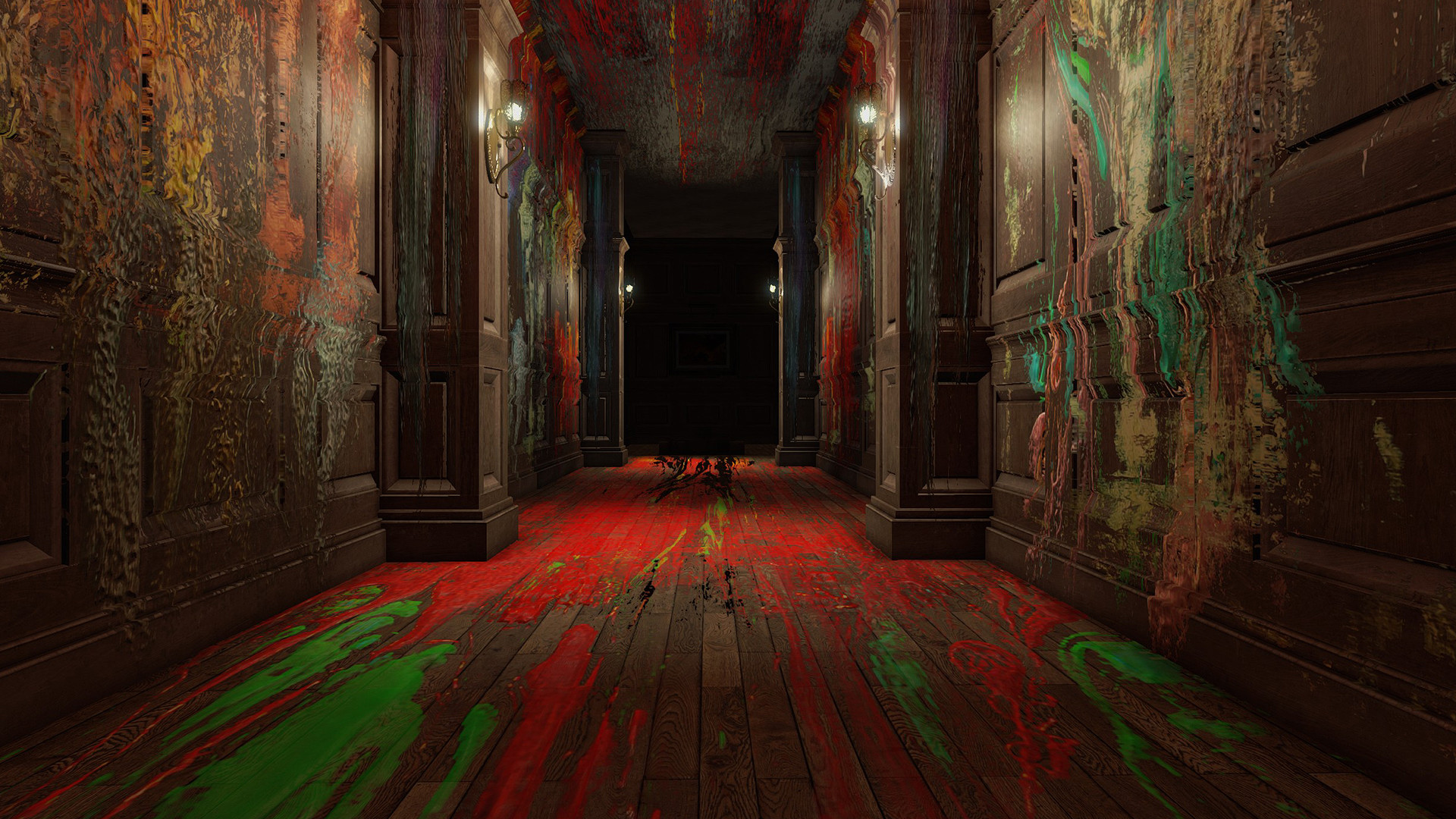 Group viewings of horror films, both classic and contemporary, have become a Halloween tradition. Picking up in speed, however, is the jittery-handed playing of horror games during the year’s spookiest season.

So after that flat party or impromptu trick-or-treat sesh this weekend, to keep the vibe going – pick a dark room, plenty of spectators and one of these games, which guarantee all the immersion and spoops you’ll need. Ranked from the mild-ish to the absolutely undergarment-changing terrifying, here’s the 8 that I can vouch for. Some of these are obviously mainstream and some are more obscure – they’re all very different, so do some research to find ‘your kind of thing’.

This brand-new game is still in its alpha stage, but has already developed a massive hype. It’s silly and quirky, with some hilariously morbid twists and jump-scares. You’re new in the neighbourhood, and are snooping into your neighbour’s house, suspecting him of foul play. The surprises that you discover inside are worth every risk of getting caught.

Ib is a 2012 pixelated puzzle/escape game, which is equally touching and scary. The old-school pixel count adds a touch of nostalgia, and a huge deal of extra scariness to the villains. The characters are diverse, there are numerous twists, and several endings. This is a highly imaginative and surprising game, which often breaks the fourth wall.

This 2015 survival horror game is definitely a party favourite as it is incredibly fast paced, and requires quick reflexes. Best played with lots of people who will all be shouting advice and commands at you, as you need to take different action depending on which ‘doll’ you encounter. It’s dark, has lots of hidden secrets, and brings a new spin on the ‘survive till 6 am’ objective overused by Five Nights at Freddy’s.  It’s essentially a twisted, horror combination of your three favourite childhood games.

In this 2014 horror, you are in the body of a 2-year old, and the perspective and vulnerability that comes with it. As you explore the darkness spreading within your house, you discover the secrets your closest family members keep. This is a truly immersive game, which blends a child’s innocence with evil themes in the most backbone-chilling ways.

Until Dawn was a biggie when it came out last year, and remains a strong contender. It has good live-action sequences, complex plot, plenty of supernatural, a star cast which was shot in motion-capture, and a staggering 256 different ways of getting your ending. This game was a huge PS4 release, and some of the actions are customized specifically for the PS remote, so I suggest you borrow it from a friend if you don’t have your own, as opposed to downloading the PC version, as many of the features will be lost.

This demo just came out to promote next year’s full release, which promises to be more haunting than the original. In this teaser you are an investigative journalist sent to the Arizona desert to investigate a murder. This demo still retains the panic ‘feel’ of the original Outlast, but combines that with many ambiguous and wide-stretching new themes of the occult. It’s short and sweet (it’s really not) – just the right length and vibe for the season.

The only reason P.T. (Playable Teaser) is 2nd on this list and not supremely dominating it, is because this 2014 horror bombshell was discontinued by PlayStation, following the cancellation of Silent Hills, which was to be co-directed by Guillermo Del Toro, and which P.T. was a teaser for. This is, by far, the most terrifying game I have played in a very long time, and it’s brilliant in its simplicity. The looping system creates a gradual ambience which you don’t even notice at first, but half an hour later you are so on edge and so into it, showing the subtle way this game inevitably grips you. There is a deeper plot and objective if you’re willing to search for it, or you can just play for the intense twists, jump-scares and graphics. Find a buddy who downloaded this free teaser back in 2014, and crash at his for a few hours, as this game is absolutely worth it.

This visual masterpiece of a game brings all the immersion you can handle, and then some. The slow unravelling of the chilling reality, combined with the continuous eeriness of your surroundings, and the abstract Gothic representations of the plot-twists, all blend into stunning and terrifying game-play.