sThis year has not really been a great one. In July we were already calling it the ‘the worst year in history’, claiming that if 1967 was the ‘summer of love’ then 2016 was the ‘summer of hate’. From the increase in terrorism, the deaths of many high profile stars and the cancelling of our daily distraction, this year has most people scrambling for the countdown to 2017. Just to relive the pain, let’s look at a rundown of some of the worst events of 2016. 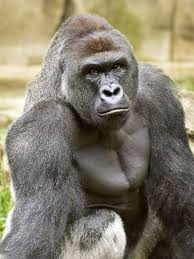 The Incident of Harambe

The death of Harambe, a silverback gorilla in Cincinnati Zoo, sparked outrage through all social networks creating several hashtags including #RIPHARAMBE, #Harambe ,#gorilla. Harambe even was even rumoured to have received votes in the 2016 US Presidential Election. The gorilla was shot, by an emergency response team, after grabbing a 3-year-old boy who fell into his enclosure.

The Orlando shooting was said to be “the deadliest mass shooting in the United States and the nation’s worst terror attack since 9/11” by authorities. 49 innocent people were shot down at a gay nightclub by a US citizen, Omar Mateen, who claimed allegiance to ISIS. The victimisation of people for their sexualisation is nothing new but the gruesome attack on one of the reported ‘friendliest cities in the US for LGBT’, by Nerdwallet, was a terrible surprise. 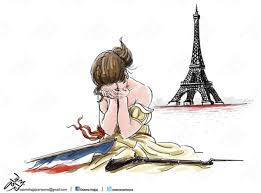 250 French people were killed by terrorists this year, which is more than the total number of French civilians killed by terrorists over the 20th century. 84 people were killed in the Nice attack and there is said to have been 10 terrorist attacks in France during 2016 including the death of a priest, a police officer and the Brussels attack where 32 where killed. France seems to have been chosen as a target for terrorism as it is a symbol of western liberalism. 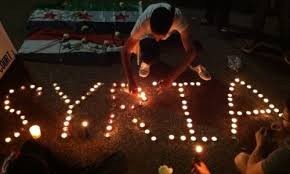 Syria’s five years of tragedy may have started because of pro-democracy protests, which threatened the regime of Bashar-al-Assad in March 2011, but 2016 has seen its fair share of bloodshed in the Middle Eastern country. The true death toll is unknown, but was around 300,000 in September.

In 2016 the UN identified that 13.5 million Syrians are in need of humanitarian assistance. This year there has been a failed US- Russian- brokered ceasefire, forced retake of Palmyra, Turkish troops crossing into Syria and the UN suspending all aid convoys after an air strike kills 20 civilians. 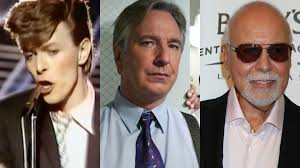 2016, the year no celebrity was safe
, when a seemingly endless list of well-loved names have died in 2016. More than 82 celebrities have died this year including some of the most loved and talented singers, actors and entertainers in the world. It was the last year for Alan Rickman, Gene Widler, Robert Vaughn, Kenny Baker, Muhammed Ali, Prince, Victoria Wood, David Gest, David Bowie and sadly more.

The Great British Bake Off was cancelled. Hardly as big a tragedy (and can even be seen as frivolous) as most of the others on this list, however, there has been a big reaction. This change

has not just affected the British public but the Americans. As childish as this may seem, everyone is always in need from a little distraction, especially this year. The BBC show will move to channel 4, where Mary Berry and her ‘soggy bottoms’ will not follow.

Donald Trump really did it. We all thought it was a joke, a game, anything but real. It revealed a lot about America’s culture just as Brexit showed a lot about Britain’s. If a man who claims that global warming isn’t real, that he’s going to build a wall to keep the Mexicans out, and advises to “grab em by the pussy” can become the president of the US then something is clearly wrong.

The US elections, in my eyes and many others, was like choosing between a rock and a hard place. For people to vote for a man like Donald Trump, a man demanding change, maybe it means that voters decided any change was good. Whatever the reason Donald Trump will be the president of America and 2016 was the year that was allowed to happen.

The death of 23- year old Syville Smith, who was shot by police in Milwaukee, Wisconsin, led to the Milwaukee riots in August, where several police were viciously attacked by members of the riot; police cars were smashed and set on fire, while a police officer was attacked.

Protesters also set fire to a gas station, while firing bullets so the fire could not be put out, a bank and three other buildings. They assaulted journalists on the scene and the National Guard was activated. The riots were seemingly about racism in the force though the officer who shot Smith was black however it shows the racial tension in Milwaukee before Smiths death.

Bye Bye Europe and hello to uncertainty. The separation of the  EU and Britain has been branded as one of the worst decisions Britain has ever made by Richard Branson and basically everyone who voted remain and even some who voted to leave. The result of the vote came at quite a shock, even to those stupid 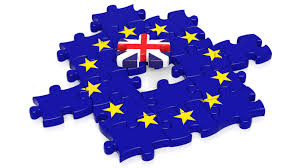 enough to vote ‘leave’ but only because they thought it would never bloody happen. It lead to David Cameron stepping down and Theresa May (a prime minister who was never voted-in by the public) to step in.

Germany has been through a lot this year. There has been a lot of controversy over refugees in Germany since the Cologne scandal atNew Year. There has also been several terrorist attacks such as  an axe attack by an Afghan refugee, who hacked passengers with an axe as he shouted “Allahu Akbar” – ‘God is Great’ – during a rampage on a train on July 18, a teenager on a mass shooting spree and a suicide bombing in which dozens were wounded and 13 dead. 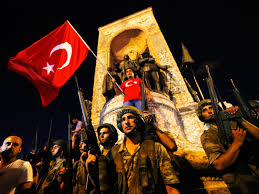 On the July 15, there was a coup against the state, government and the president Recap Tayyip Erdogon. The coup failed and more than 6000 were arrested for taking part. 294 people were killed in the chaos, 2,839 soldiers were held in prison and 2,745 judges facing arrest. Erdogon then backed the reinstatement of the death penalty which had been abolished since 2004 in Turkey . Amnesty International then claimed that soldiers were being ‘raped and starved’ as punishment for the unsuccessful coup.

42 people were killed in explosions at Istanbul Ataturk while scores were injured. Turkey blamed ISIS for the attacks. The President of Turkey, Recep Tayyip Erdogan said ” the attack should be a turning point in the global fight against terrorism”. Turkey declared a day of mourning for the 42 who were killed in the explosions, 5 of which were Turkish policemen.

10 Reasons to be Cheerful

The Bairns got back to winning ways against Clyde.…

The Duke of Edinburgh has died at the age of 99

HRH The Duke of Edinburgh has died at age 99…

The Union will now actively campaign for the practice to be made illegal.…

The first 25 minutes of the meeting were taken up by the satirical motion.…