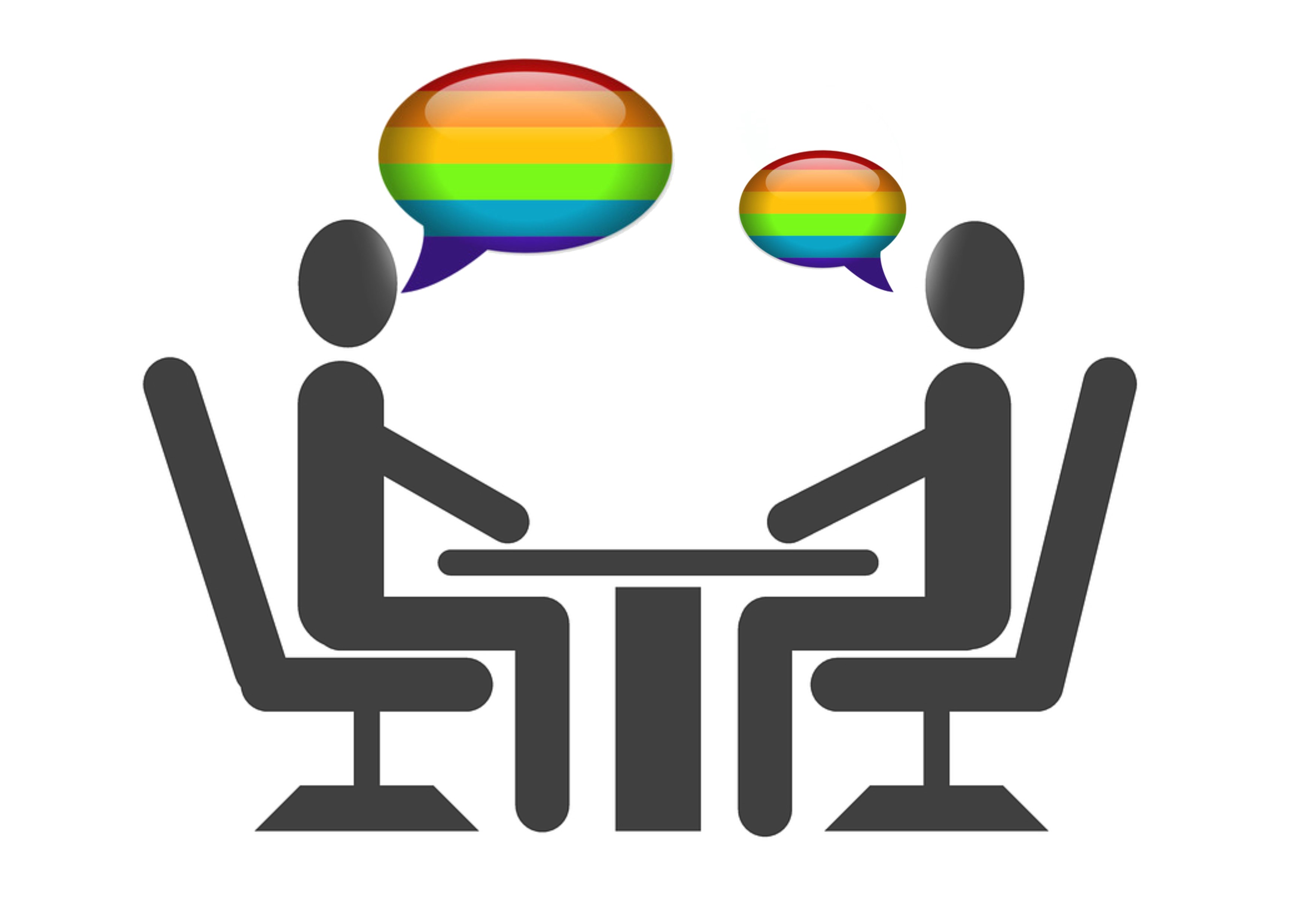 Q – At what age did you come to terms or at least become aware of your LGBT identity?

A – I mean, there are so many facets of it. The first inkling was a thing when I was 12, em, things happened that weren’t entirely heterosexual so it was kind of like “that’s a thing that happened”. So over the last eight years, I guess more things have come to light and I’ve had experiences that have made me think. I think I’m still waiting to discover stuff.

Q – Do you personally think you’ve always been LGBT, following the “born this way approach” or do you believe you became LGBT in the formative years of your life?

A – I believe its more the formative thing, I don’t believe you can necessarily be born as anything, like I’d say babies are blank slates. It’s more the way you were raised, events that happened in your life. I guess it’s different but sort of similar to how people get a phobia of thing, like a clown scared them when they were five. So like things that happen in our life will come back to change your personality and identity.

Q – So do you think there is anything in particular in your life that has happened to make you so liberal?

A – I dunno, I guess my parents being sort of – well nowadays they’re very right wing – but early on they were very much “be who you want to be” and stuff like that. They cracked down on that sort of stuff when I got into my teenage years. But yeah, I guess it’s just sort of a product of the age.

Q – Is there any word within the LGBT+ acronym you feel describes you?

A – No, I don’t feel like I fit any letters of the acronym.

Q – Why would you say that is?

A – Just because, I mean, I have a saying which is “labels are bullshit, everything is a spectrum” and so, because of that, I dunno, any one of the letters in the acronym comes with like a set of characteristics that comes with it, like gay being you like only men, don’t like women and so on for all the other ones and I can’t really identify with any of them in particular.

Q – Would you say you live quite openly as a member of the LGBT community?

A – I live as an ally. I dunno, I’m not very open about that sort of thing. Like sexuality, I don’t exactly “come out” but if someone asks me I say “Yeah, this is how it is”. Like when I was home for Christmas, probably being sort of bisexual, one of my friends directly asked me “So are you bisexual” and I was sort of like “yeah yeah sort of”. It’s not the sort of thing when I’m going to gather all my friends in a room and say this is who I am, it’s sort of like people will think what they like to think.

Q – Why did you choose to have this article published under a pseudonym?

Q – Would you say there is a reason you are so uncomfortable with it?

A – Parents, society and sort of, well I’m sort of afraid of the LGBT acronym just because like if I say I’m something then I don’t meet all the prerequisites of whichever letter I choose to identity as, I’m afraid of being ostracised I guess.

Q – Well that sort of leads well into the next question, do you feel like there is a stigma or reputation of some branches of the LGBT community that you either have to conform to a stereotype or not be considered part of the community?

Q – Do you feel like living at university effects how you live as an LGBT community member?

A – Yes, at uni I feel much more open and free to act as I wish. I’d say at home it’s very confining, to do what you’re expected to do. The first time I was away from home was the first time to explore that sort of stuff, like going to bars and stuff. Now that I’m living permanently away from home and parents, it’s very freeing.

Q – Do you think there are any pitfalls of living at university being an LGBT community member?

A – I think the only negative, because we’re at uni we all tend to be younger liberal people that as soon as you leave that world and go back into the wider world it’s sometimes easy to forget that not everyone is as open-minded and forward thinking. My dad often says in the real world people don’t think like that, so that’s a lovely little statement from him.

Q – Do you think the university provides the right support to people struggling or living with LGBT identities?

A – Well I’ve never had any contact with the uni about this sort of thing.

Q – Would you say there is a reason for that?

A – Probably because it’s not the sort of thing I would talk about to the university. I was going to do counselling last semester, but I ended up becoming more comfortable with myself so I didn’t go ahead with that. I’ve never heard with anyone complaining about the way the uni deals with things, but I have known LGBT people who have been living here and have struggled.

Q – Do you feel that enough information is made available as a LGBT community about keeping safe by the uni, both sexually and physically in public spaces?

A – Well we don’t exactly get sex ed at uni, apart from like free condom posters and stuff. Like I know that the uni provides free jonnies but I personally don’t know where. I guess there isn’t much safety information but I don’t know what the uni could do to provide that. I would say sex ed but at uni it just doesn’t seem like a thing that is needed.

Q – Well would you say in earlier education the right sex ed was provided for LGBT members?

A- Definitely not, my sex experience was “here is a penis, here is a vagina, the two meet and baby, don’t have sex use condoms”. There’s never any information about what happens when two guys sleep with each other, when two girls sleep with each other, what happens with anyone that’s in between. All that’s really talked about is like the prevention of STIs, they never talk about what might happen if you actually get one. So it’s never like “here are the locations of places you can go to get checked, here are the clinics in your area”, it’s more like “No, just use condoms, just use condoms”. It’s never a thing they teach you how to deal with.

Q – Do you personally feel safe as a member of the LGBT community wherever you are in the world?

A – I mean the only time I’ve ever been part of it is when I’m living in either Stirling or Edinburgh, where I went to summer school before uni. I wouldn’t feel safe in many of the countries that ban that sort of thing. When I’ve been abroad I’ve never really been openly part of the community, like I went to Amsterdam but its was a lads holiday so there wasn’t really much exploring of my identity there.

Q – Do you feel like you are comfortable with your identity?

A – Strong no. But I feel like I’m on my way to becoming comfortable exploring and trying new things.

Q –  So do you think any of us will reach a day when we are completely settled in our identity or would you say it’s a fluid process that never ends – I ask trying desperately not to ask leading question?

Q – And you personally, do you find yourself more drawn to free spending time around people who are LGBT or do you tend to avoid them because of certain stigmas and representations of these groups?

A – I guess it’s just a coincidence that a lot of my friends are LGBT, I think it’s just the product of my hobbies or my interests that it just so happens that I’ve got a lot of friends who are LGBT. It’s never been a conscious decision being like “I want to make friends who are gay or I don’t want to” – it’s just not something that’s ever bothered me.

Forever and a week